People in the Democratic Republic of Congo (DRC) say that at least 15 people were killed in two separate attacks by militia groups on Sunday in the province of Ituri, which has been under siege.

He said that militiamen from the armed group Cooperative for the Development of Congo (Codeco) were behind the killing: "When these Codeco militiamen came into Mabanga, there were no FARDC soldiers." 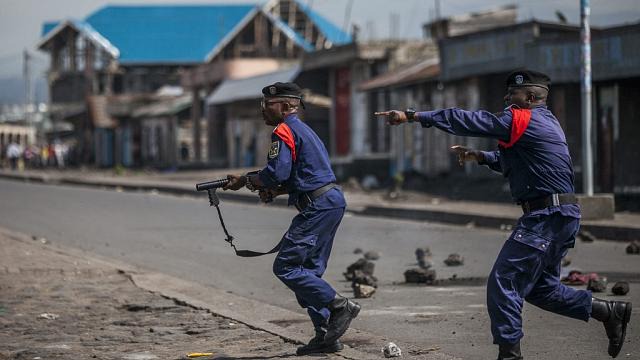 The traditional chief of the Babao-Bokoe area, where Kokonyangi/Mumu is, told AFP that "eight bodies were found." "With ten others getting different kinds of injuries."

KST researchers, who were in the area, said that "nine people were killed in Kokonyangi/Mumu."

These two attacks were confirmed by a FARDC spokesperson in Ituri, but he didn't want to say more.

An armed group called Codeco is part of a religious sect in Ituri, where it claims to protect people from the DRC army and another tribe. The group is said to be behind the violence that has been going on in this gold-rich area since late 2017, after a 20-year lull in violence.

This violence started to pick up speed in 2019. There were well-organized and well-armed groups in the community, including the FPIC.

People in the provinces of Ituri and North Kivu have been under siege since May. This is an unusual measure that gives full power to the army.

There hasn't been a lot of success with this measure or with the military operations that keep going on.

People in the province of North Kivu, which is next to Ituri, blocked a major road for several hours on Monday because a "mother and son were killed" in their home in the town of Oicha "on Sunday night by soldiers," said Nicolas Kikuku, mayor of the town. He didn't give any more information about what happened.

Look at the scars on her right hand, she suffered and abused indeed.

" I don't want her anymore. I wish I never broke my virginity that year, she wouldn't be here"

I Produced 4 Children With My Brother, People Started To Avoid Us When They Founded Out, Lady Says

A Funeral Of Gcini & Her 2 Children Is Ongoing, After They Were Allegedly Killed By Her Boyfriend.