Reflections On The Great Life And Times Of The Late MK Commissar, Thami Mali

Reflections On The Great Life And Times Of The Late MK Commissar, Thami Mali 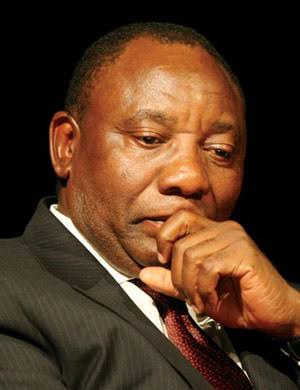 The revolutionary movement and all progressive forces in our country, mourn the passing of Cde Thami Mali (MK: Gert Sibande) affectionately known as 'Buso benyoka' in MK ranks.

He can best be described as a man of all seasons; a jack of all trades and a master of all. He was a dedicated and determined revolutionary, who distinguished himself in all four pillars of the struggle, both inside and outside the country. Commissar Gert got his real political baptism of fire in the struggle around the late 1970's and more specifically during the early 1980's. He was there in the frontline, when the militant Congress of South African Students and other progressive youth movements emerged, during those trying and turbulent times of militant youth actions, against the brutal tyranny of the Apartheid regime.

As a teacher from White City Jabavu, Soweto then, he, together with the likes of Cdes Oupa "Tekere" Monareng, the late Dan Montsisi, and other activists, set Soweto alight with mass actions that rendered the country ungovernable and the apartheid system unworkable. In the UDF, COSAS, SAYCO, SANCO, and the rest of the civic movement, Cde Gert was right there in the frontline and in the thick of things.

For all those revolutionary activities, he even had to face a political trial together with the late Mama Albertina Sisulu. The most prominent political prosecution was after he led the most successful Transvaal Stay-Away, whose committee he chaired. The stay-away was meant to commemorate and remember the execution by hanging of Vuyisile Mini, Wilson Khayinga and Zinakile Mkaba. That resulted in him being arrested and accused with four others, including the current SA Ambassador in Angola, Cde Oupa Monareng. They were charged with treason and economic sabotage.

Upon release on bail, he was instructed by the underground ANC leadership to leave for exile to swell the ranks of MK in 1985. He then received his military training in Angola. With the extensive underground political training he got from the likes of stalwarts such as Mama Winnie Mandela, Albertina Sisulu, Rev Chikane etc. it became logical that he would be selected to be a political Commissar of MK - a prestigious responsibility to inform and educate, as well as take care of the welfare of the soldiers.

As a Commissar, he trained hundreds of recruits politically and militarily, including amongst others, the theory of the SA revolution, basics of Marxism-Leninism; the four pillars of the struggle viz. the building of the underground structures of the ANC, mass mobilisation, armed struggle and international solidarity. These helped many who were to become instructors later, and some who came back into the country to engage in combat with the apartheid enemy forces, whilst others got deployed in international assignment, as well as performing other tasks.

Cmsr Gert also taught ccadres about the working class struggle against exploitation and the need for a socialist revolution. He performed all his tasks with distinction. It was his internationalism that led to him being part of the gallant MK fighters who fought heroically against the UNITA bandits, alongside the Angolan army, FAPLA and the Cuban Armed forces. He not only ensured that heavy losses were inflicted on the Apartheid-supported UNITA forces, but also that they were hot-pursued and repulsed from many areas in the East of Angola. That helped liberate the Angolan people from the clutches of UNITA terrorism and also protecting MK camps, ensuring that they could get security of supplies of basic needs such as food, uniforms and most importantly, weaponry and ammunition for self- defence and training.

Cde Thami was known across MK ranks for his stubbornness, steadfastness and conviction in standing for what he strongly believed in. He was a fiery speaker who could debate political, ideological as well as military science issues for hours. He would argue his point of view until he was convinced by cogent facts and logical arguments. He endeared himself with most MK cadres from all generations. From the Luthuli Detachment of the1960's to his generation of Young Lions of the 1980s, he sewed a visible golden thread.

When the camps were being closed in Angola and new ones opened in East Africa (Tanzania and Uganda) Cde Gert was deployed to further his studies in Manchester, England where he acquired his Master's Degree in Education. Upon his return from exile, he continued to dirty his hands, playing a pivotal role in the Reconstruction and Development of the country. He worked tirelessly in the transformation of the education system. He joined the Department of Basic Education as a Director and later rose through the ranks to become a Chief Director. It was here that he introduced strict discipline and strong work ethics amongst both teachers and learners in the whole of the Gauteng Province educational institutions.

His, however, during that tenure, proved to be an arduous road, full of landmines. It was neither easy nor a bed of roses. Yet, his resilience acquired during the crucible of struggle , his enduring spirit and tenacity, put him in good stead. It helped him to soldier, waver the stormy waters and withstand all adversity. He then later went on to work at the Department of Infrastructure Development until his retirement.

His departure on 9 November 2021, comes at a time when the movement needs the tried and tested cadres of his rare calibre the most. He departs at a critical time, when efforts to Renew and Unite ex-MK cadres and the ANC, are underway. The aim is to take them back to their rightful place of honour and glory. This is the time to reconnect them with the masses and work towards the uprooting of fraud and and corruption. This is the time of veering back towards the noble journey to build a better life for all. This is the time to continue the journey of Cmsr Gert, in pursuit of the ideals for which he stood.

Cde Thami dedicated his life to fighting for the complete emancipation of his people. His passing is indeed a great loss to his family, the ANC, the Alliance; MK veterans and the Mass Democratic Movement, the ANC- led government and the country as a whole.

To the bereaved family, particularly his son, we say: Ngxesi, Akuhlanga Lungehlanga. Your loss is our loss; your pain is our pain too. Let Go! He has fought a good Fight; He has run the Race; and kept the Faith. Release him with the knowledge and solace that; it is God the Almighty that Gives; and it is Him that finally Takes. Fare ye well, Son of Africa. 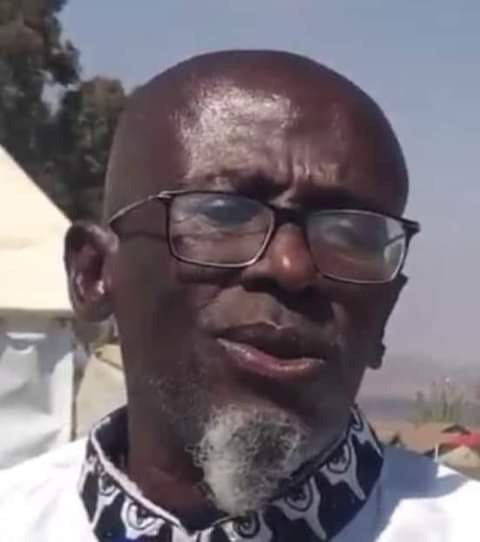 May Your Soul Rest In Peace.