By Tymer (self media writer) | 1 month ago

Since the commencement of Operation Dudula, just three political parties have expressed resistance to the movement. This is a fact that we have observed. These parties are called the ANC, the EFF, and the DA. Parties including the Patriotic Alliance have hailed Dudula's citizen. There are rumors that the Inkatha Freedom Party would collaborate with Operation Dudula in the KwaZulu-Natal area. 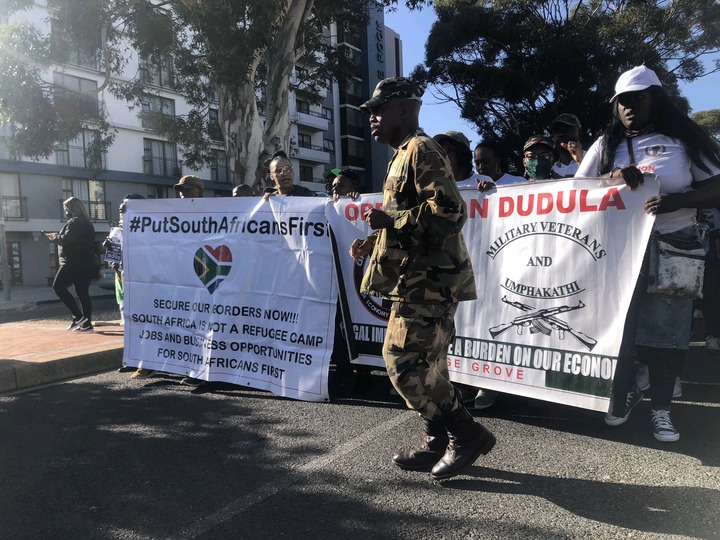 The ANC will soon have to leave KwaZulu-Natal due to the IFP's involvement with Operation Dudula and Put South Africans First on immigration rules. In addition, the EFF and DA will struggle to win the forthcoming elections, and it is becoming certain that the IFP will retake KZN in 2024. It seems that Operation Dudula is in charge... By 2024, the DA, ANC, and EFF will all be extinct. After its tour of KZN, Operation Dudula gained local residents' support. In spite of the fact that they thought they were being overlooked for career prospects, members of the movement offered to assist in the rebuilding of flood-ravaged communities as part of voluntary activities.

Operation Dudula was working on Monday to recruit jobless South African graduates with expertise in the building and construction industry so that they may offer critical skills to the rehabilitation of KZN. In KwaZulu-Natal, Operation Dudula was a success because it mandated that recent flood victims be given shelter in hijacked inner city and other buildings occupied by non-citizens. There is no need for South Africans to be abandoned in marshes and riverbanks at this time, according to the organization. 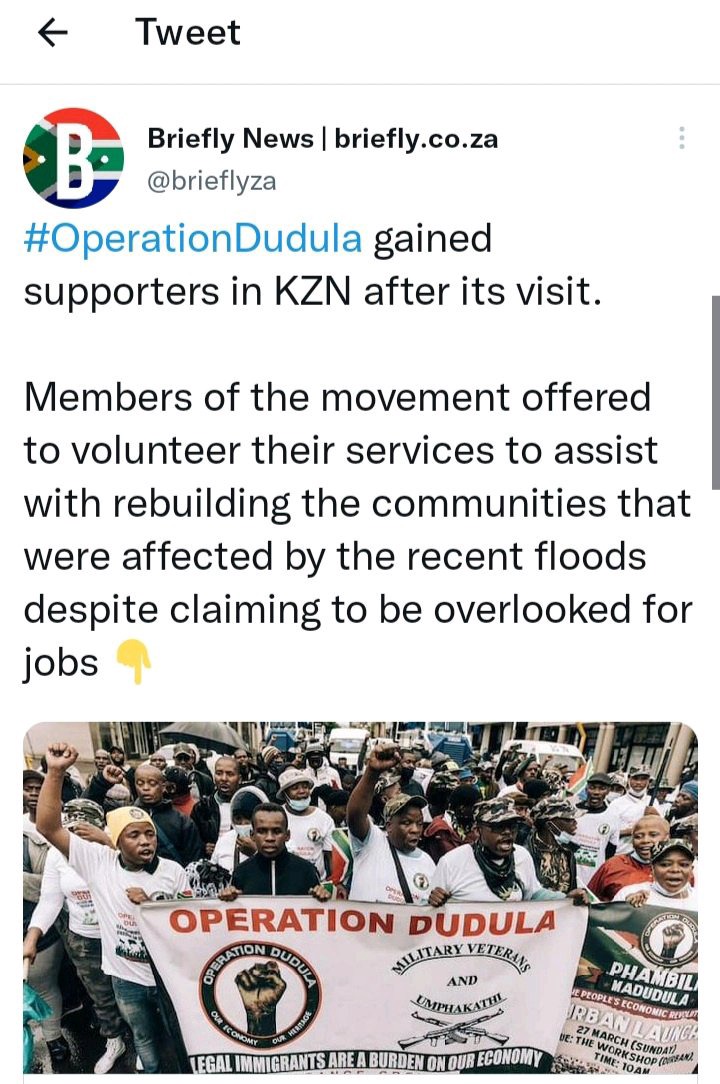 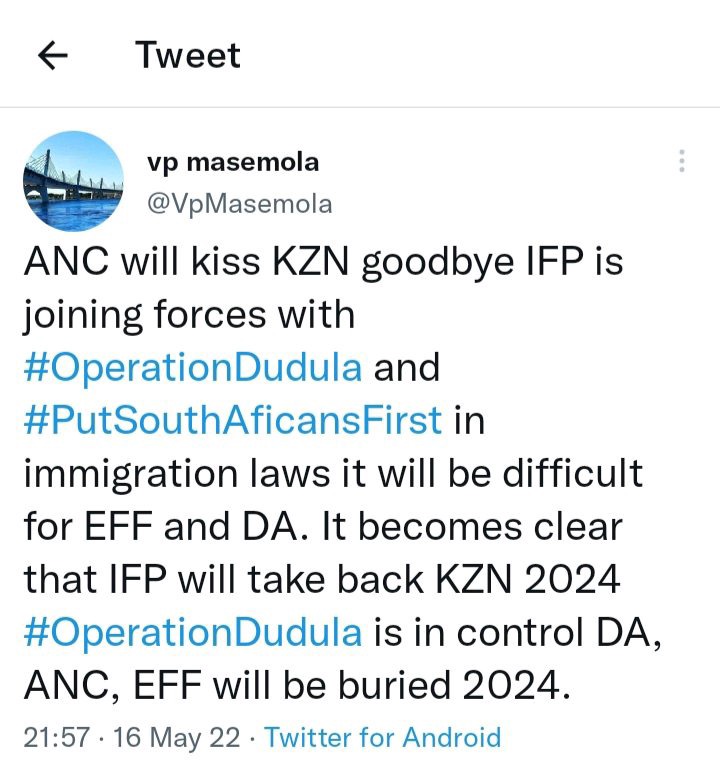 The IFP and Operation Dudula share certain similarities. The Employment Services Amendment Bill was recently submitted to Parliament by the Inkatha Freedom Party (IFP) in an effort to restrict the ability of foreign people to find employment in the country.

According to Liezl van der Merwe, a member of parliament for the IFP, the bill aims to regulate the recruitment of migrant workers in unskilled and semiskilled occupations, such as those found in the hospitality business, the e-hailing industry, and the trucking industry, among other fields. Due to the fact that they share the same values, they can collaborate effectively. In the interim, Zandile Dubula, the national secretary of Operation Dudula, stated that the campaign will also target legal immigrants working in low-paying occupations in South Africa. 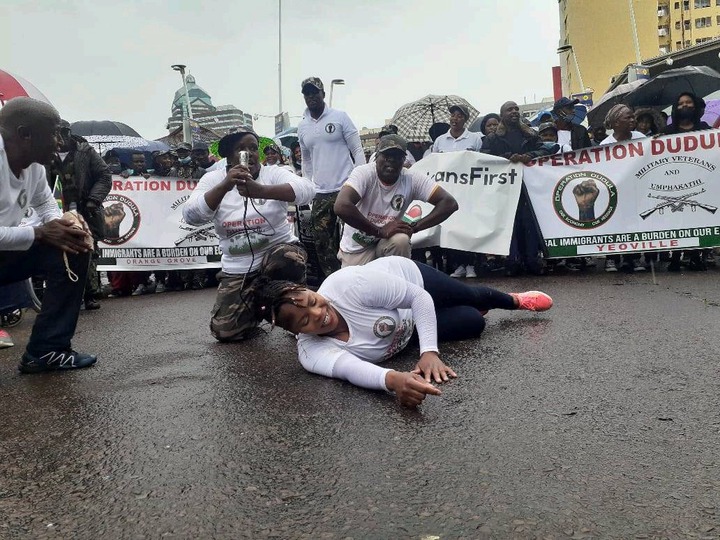 Even if you have the legal right to be in this country, you are not permitted to work in a food service establishment. This comment was made by Zandile Dubula, the national secretary for Dudula, during the organization's weekend debut in Cape Town. She stated, "Working in a restaurant does not require any unique abilities."