.Ukraine is guarded by armed men. They are stationed at the several bases that dot the front lines and are buried in trenches. They stroll by the shore, shop, and sprawl out across tanks. But since the battle started, a new brave character has surfaced: the woman brandishing a gun. Olesia Vorotnyk, a ballerina with the Ukrainian National Opera who quit the company to defend her nation, is one of them. Since 2009, Ms. Vorotnyk has worked as a professional dancer. She is now 30. Before beginning ballet training at age ten, she was a young gymnast. She attended the Kyiv Choreographic College before joining the National Opera's dance company. A demanding line of work, she merely states. Her life story includes military duty almost as much as dance. 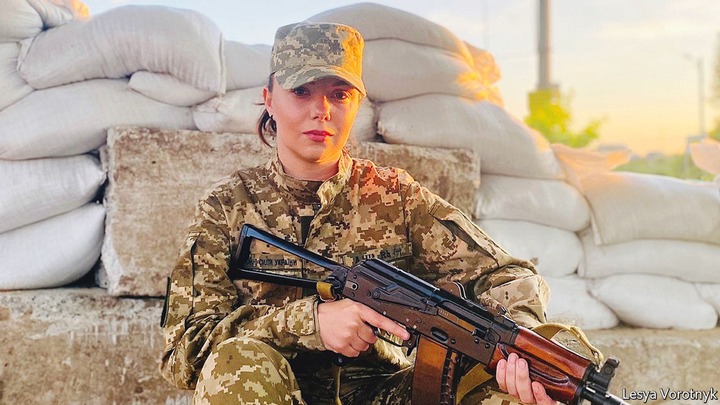 She had a son with her husband, who was killed three years ago during the protracted conflict in eastern Ukraine that ensued after the Russian-backed uprising in 2014. She knew she had to act when the new conflict started in February, but she wasn't sure what. But I could shoot," she adds. "It's my pastime. I was aware that I wouldn't travel abroad in the event of a full-scale invasion. I would contend. She immediately halted dancing and positioned herself with an AK-47 at a checkpoint. She remembers that the first several days were chaotic.

According to reports, Russian troops had ringed the city. People awaited the arrival of the tanks. Ms. Vorotnyk made the decision to begin evacuating residents. "I drove folks out on side roads. Most of them were my pals who were mothers. She decided quickly to enlist in the nation's military reserve, the Territorial Defence Forces. It wasn't simple to enter. Everyone was interested in joining, but there was a preference for guys with military background: "As a female ballerina I wasn't top of the list." However, she believes that there are some helpful parallels between ballet and military service. 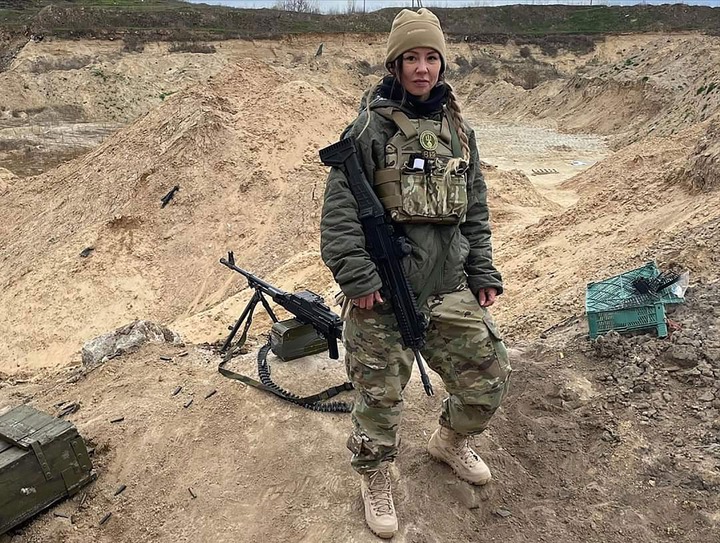 Ballet teaches self-control. It encourages mental fortitude and requires pain tolerance. Staying on your toes hurts, explains Ms. Vorotnyk, and the shoes hurt. Your feet hurt. However, you develop your dance through it all. She is aware of several women who have studied rhythmic gymnastics who are currently serving in the military, which she compares to military training for comparable reasons. She therefore waited in line at the nearby recruitment agency before being hired. So began a life of working checkpoints and slinging a gun over her shoulder as she patrolled her Kyiv neighbourhood. She recalls, "It was a nightmare." Fear of saboteurs permeated every area. She assisted in the evacuation of more individuals, once driving some of them for 19 hours to (relative) safety in western Ukraine. She was compelled to utilise twisting country ways while the barrage raged around them on the Zhytomyr Highway, which runs to the border with Moldova, since the Russians were shelling it. 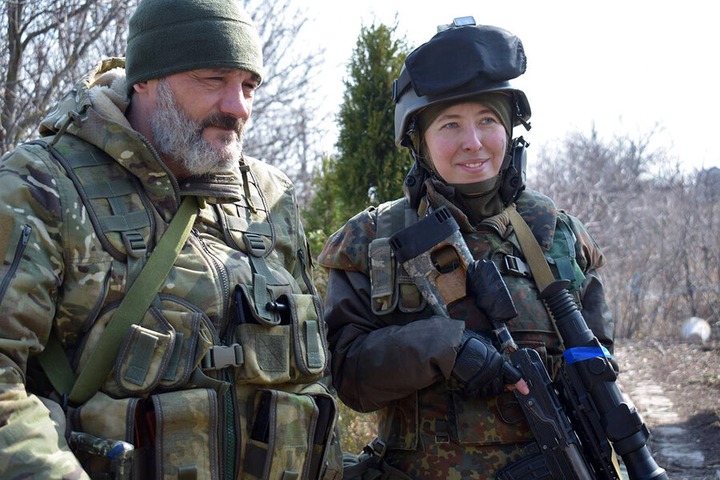 However, she would have preferred to be somewhere else. She was raised in a home that was fervently pro-Ukrainian, where she also learned to dance and to be disciplined. She stopped dancing in order to visit the Donbas region and observe the situation firsthand once the insurgency started in 2014. She delivered literature in Ukrainian on important national topics, like the Holodomor, the famine Stalin unleashed upon Ukraine in the 1930s, to libraries in the east. The goal was to foster pride in the nation and knowledge about it. The facts of the battle are clear-cut in Ms. Vorotnyk's eyes. Ukraine is a magnificent sovereign country whose people are showing their cohesion. Every citizen is contributing, she claims. "We don't want the lies that were peddled to us under the Soviet Union; we want our children to grow up with a strong, confident Ukraine." 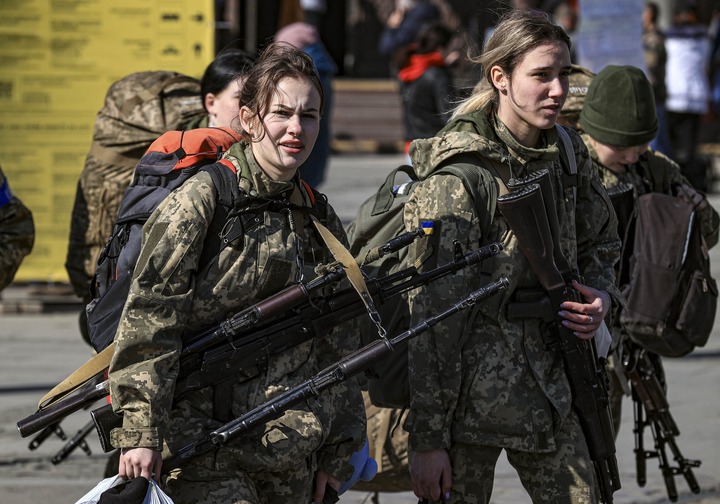 The arts have a unique role in this conflict. For centuries, Russian tsars and Soviet authorities inflicted varied degrees of savagery on Ukrainian culture by punishing Ukrainian artists, mocking their national aspirations, and repressing their language. Culture in this place is always political, but during a war when history and identity are just as contentious as land, this is never more true. For instance, since it started, Ms. Vorotnyk's ballet company has stopped performing Russian-written works. "Swan Lake" is no longer present," she declares. Tchaikovsky has finished. Arguments on whether to distinguish between classical and contemporary artists, or between those who currently support and those who oppose the Kremlin, are still being had in the West regarding the boycotting of Russian culture. The situation is simple for Ms. Vorotnyk and others in Ukraine. Due of the widespread perception that ballet is associated with Russia, she claims that foreigners don't fully comprehend our stance. "However, the residents of captured Mariupol declined Russian offers of food and humanitarian aid, instead choosing to starve. The ballet shouldn't perform [Russian masterpieces] while people are in pain. 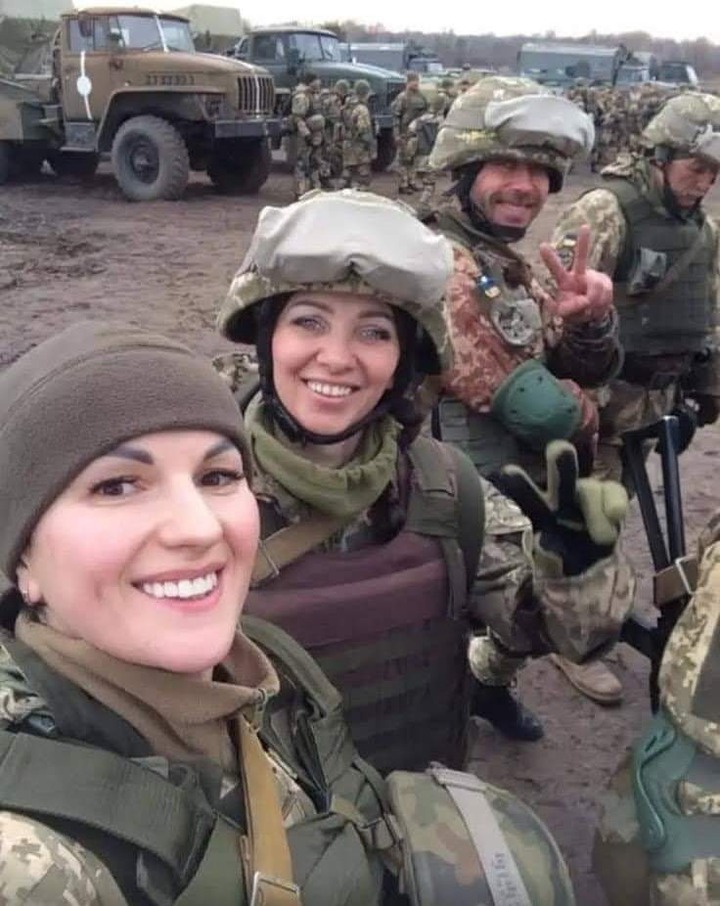 Ms. Vorotnyk thought it was time to start dancing again in early June. Long ago, the fierce fighting dispersed far from Kiev. Her subsequent performance will be in Josef Strauss' "Die Libelle" (also known as "The Dragonfly"). Viktor Lytvynov, a ballet master at the National Opera, claims that her greatest strength as a dancer is her courage. She will be playing the role of an ugly woman next, which requires bravery, he says. This is what makes her such a skilled combatant.

Ms. Vorotnyk is aware that she may be asked to return to duty at any time. She continues to practise shooting almost daily. She continues to give back to her community. Amid missile strikes on the city, she knows the bloodshed is far from ended; for her, it is always close. She displays a photo of her infant son from her phone. In her late husband's flak jacket, he is wrapped. The warrior-ballerina muses, "There was this myth of the big Russia, with its huge army. After all the theft and looting, however, "we see the truth: they come here to steal our toilets." These emotions won't pass quickly. According to Ms. Vorotnyk, she visited Bucha and Irpin, two locations close to Kiev where the invaders perpetrated war crimes, and "saw Russian culture." Do those Russians read Pushkin? I wonder.