Israel kills four Hezbollah allies with Assad's regime in its strikes against Syria:

By Ella_gist_media (self media writer) | 5 months ago 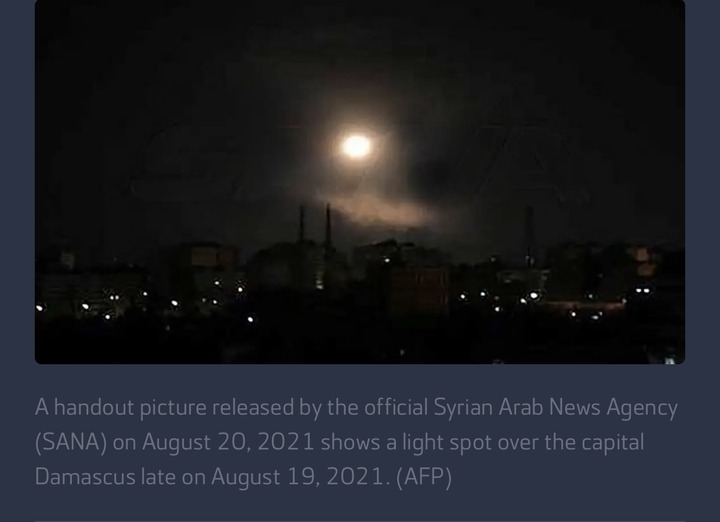 “An aircraft strike was initiated by the Israeli enemy... “We are striking positions around Damascus and around Homs,” a military source told Syria's national news agency, SANA.

“Our air defense intercepted the missiles and shot down the majority of them.”

Israeli missiles targeted “arms stores and military positions” affiliated to the Lebanese Shia militia Hezbollah in the Qarah area northwest of Damascus province, near Homs province and the Lebanese border, according to the Syrian Observatory for Human Rights.

The strikes killed four members of the Iran-backed militia, but it was unclear if they were Syrian or Lebanese, according to a war monitor located in the United Kingdom.

Two missiles were reportedly reported to have fallen in the Qalamoun region, according to Lebanese media.

The Israeli army rarely confirms its strikes in Syria, and a representative for the Israeli army told AFP that it "does not comment on foreign media sources."

Since the commencement of the Syrian conflict ten years ago, Israel has launched hundreds of air strikes on Syrian territory, primarily targeting regime sites as well as ally Iranian forces and Hezbollah militants.

Israel has often stated that it will not allow Iran's sworn adversary Syria to become a stronghold.

The Syrian conflict, which began in 2011 with the regime's repression of pro-democracy demonstrations, has become increasingly complex over the last decade, including an expanding number of parties.

According to the Observatory, approximately half a million people have died as a result of the war.

Content created and supplied by: Ella_gist_media (via Opera News )

Eat Ginger, Onions And Garlic To Cure These Diseases