By MonaNews (self media writer) | 5 days ago

The Chewa had a secret society known as Nyau or Nyao, which translates as "mask or initiation." In Malawi, the term "Nyau" refers to a group of people who dwell in the centre and southern portions of the country, as well as eastern Zambia, western Mozambique, and locations where Malawians have settled after fleeing their homeland of Zimbabwe. Nyau societies are small organisations that function at the village level, but they are connected to a larger network of similar organisations throughout the region. Chewa is an ethnic group of Bantu people from Central and Southern Africa that belongs to the Bantu language family. Males and women undergo distinct initiations, with men learning different information and performing different ritual duties than women. Members of the Nyau are only regarded mature if they are initiated into the Nyau. 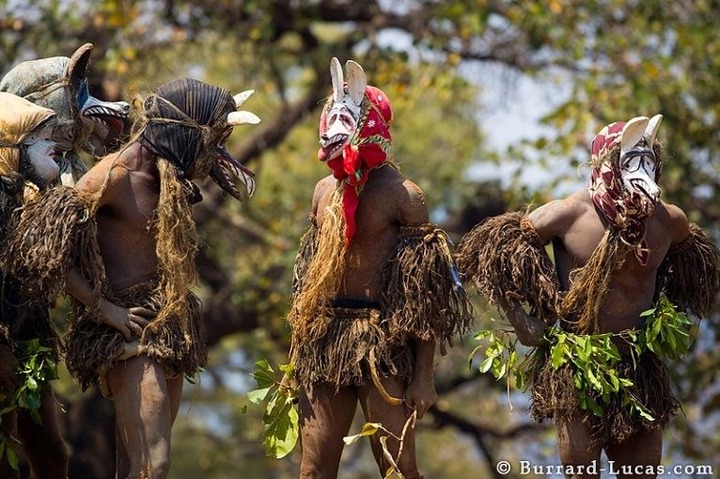 Due to the fact that the masks are solely worn by male members of society and signify masculine wisdom, women and children frequently flee into their homes when a Nyau performer threatens them during performances. As a result of increased cultural exposure, the number of individuals performing in Nyau has decreased as a result of rising westernisation in the country.

Washing the body of a tribe member is common during the burial ritual of a tribe member who has died. When the corpse is transported to a sacred location, the cleansing process is carried out by pouring water through the interior of the deceased's body and removing it through the anterior area. In order to demonstrate their belief that the deceased have been cleaned up, the water is then collected and utilised to cook a feast for the entire community. 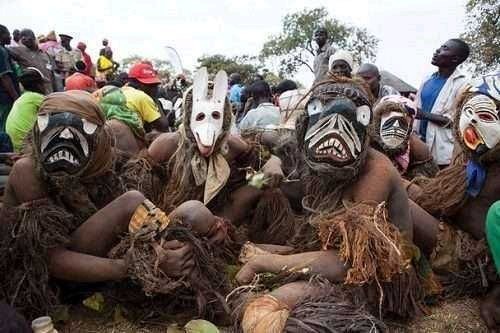 When someone dies in the Chewa community, the entire village comes to the funeral. This is due to the fact that most of the time, death is not caused by natural causes, but rather by witchcraft. In addition, it has been stated that such a practise of cleaning the deceased aids or facilitates the spread of certain illnesses and fatal diseases.

The Chewa people are a Bantu-speaking ethnic group that may be found in Central, East, and Southern Africa. They are matriarchal in nature and speak Bantu. Malawi, Mozambique, Zambia, and Zimbabwe are among the countries where they may be found. The Chewa are closely connected to people from neighbouring regions such as the Tumbuka and Nsenga, and they speak the same language. 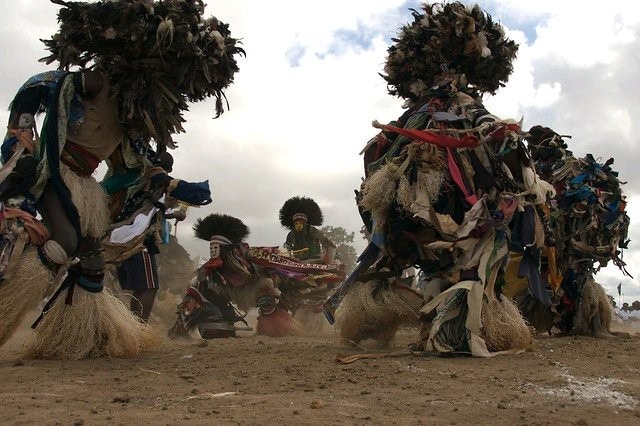 In addition to the Ngoni, who were of Zulu or Natal/Transvaal ancestry, they are connected to the Nsenga and Tumbuka as well as other groups. Alternatively, Nyanja is a term that is frequently used interchangeably with Chewa. Chichewa is the name given to their language, and they are well-known for their masks and their secret organisations.

The Chewa people are a relic of the Maravi (Malawi) tribe or empire, which once ruled over them. They have a population of around 1.5 million people in Malawi and the neighbouring country of Zambia. When the term 'Chewa' is spoken, the first thing that many people think of is a masquerade dance known as 'Gule wa mkulu.' This dance is performed in the Chewa language.