The Most Feared Sangoma in South African

By MonaNews (self media writer) | 8 days ago

As part of a guided tour of Zululand's cultural calendar, which is particularly interesting to visitors, it is possible to engage in these ceremonies.

If you visit to the town of Eshowe in February, you may be able to see a ceremony known as the "first fruits ritual," which was conducted by early Zulu rulers. In this particular ritual, which is held by the family of a sangoma (traditional healer) by the name of Khekhekhe, snakes are utilised. 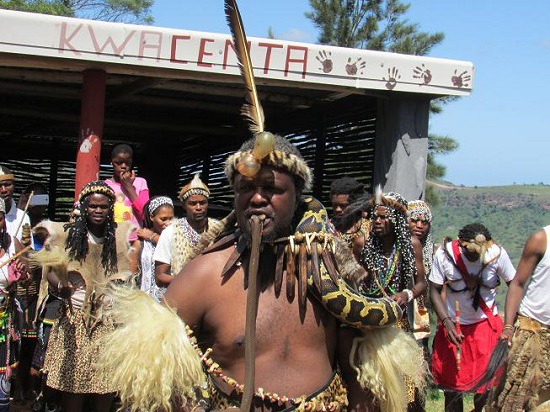 A ritual involving Khekheke's First Fruits and a Snake was performed. This practise was established by one of the most well-known Sangomas in Africa, who is now renowned around the world. A large number of sangomas take part in the ceremony, which is conducted by the main protagonist, who is carrying a pair of venomous snakes in his bare hands while he does it. They are then placed in Jesus' mouth to symbolise his superiority over evil.

Khekhekhe (born Zizwezonke Mthuthwa) was a renowned sangoma who passed away in 2014. He was married to 14 women and had more than 100 children. In his farmhouse near the Tugela River, his family continues to reside, and they continue to host the annual first fruits ceremony on the 23rd of February every year.

He and his family continue to perform the yearly first fruits ceremony, which was instituted by previous Zulu Kings centuries ago and is still carried out on the 23rd of February every year. In Khekheke's farmhouse, which is situated on a hilltop with a panoramic view of the Tugela River, the rite is held, and during this time, the house is transformed into a feast, with several of his adult children participating in the festivities. It is expected that a significant number of sangomas will be there. 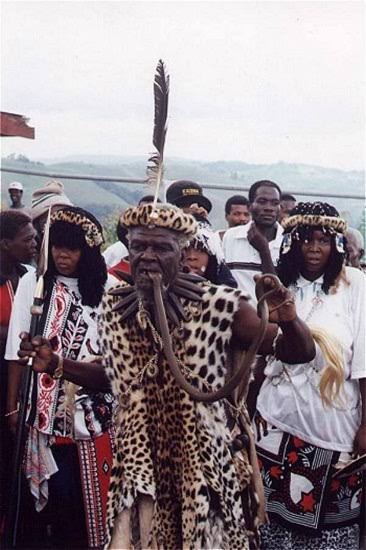 While still a teenager, their father learnt to manage deadly snakes, and the family has messages and family history to tell about Dingiswayo, as well as how their father came to have this talent. As part of his presentation, the main protagonist is seen holding a number of venomous snakes in his bare hands, which is followed by a huge number of sangomas. They were afterwards placed in Jesus' mouth as a demonstration of his superiority over the evil one.