Do you remember this lady who works as a housekeeper, her manager spoilt her for her birth day at work with little picnic. I was one of the best and a way of showing appreciation for being her trusted worker to her family.

Her helper find herself trending again after a certain Twitter user whatever to make fun our of her but it end up backfire him in twitter. With caption:

"Your housekeeper when you gone to work" 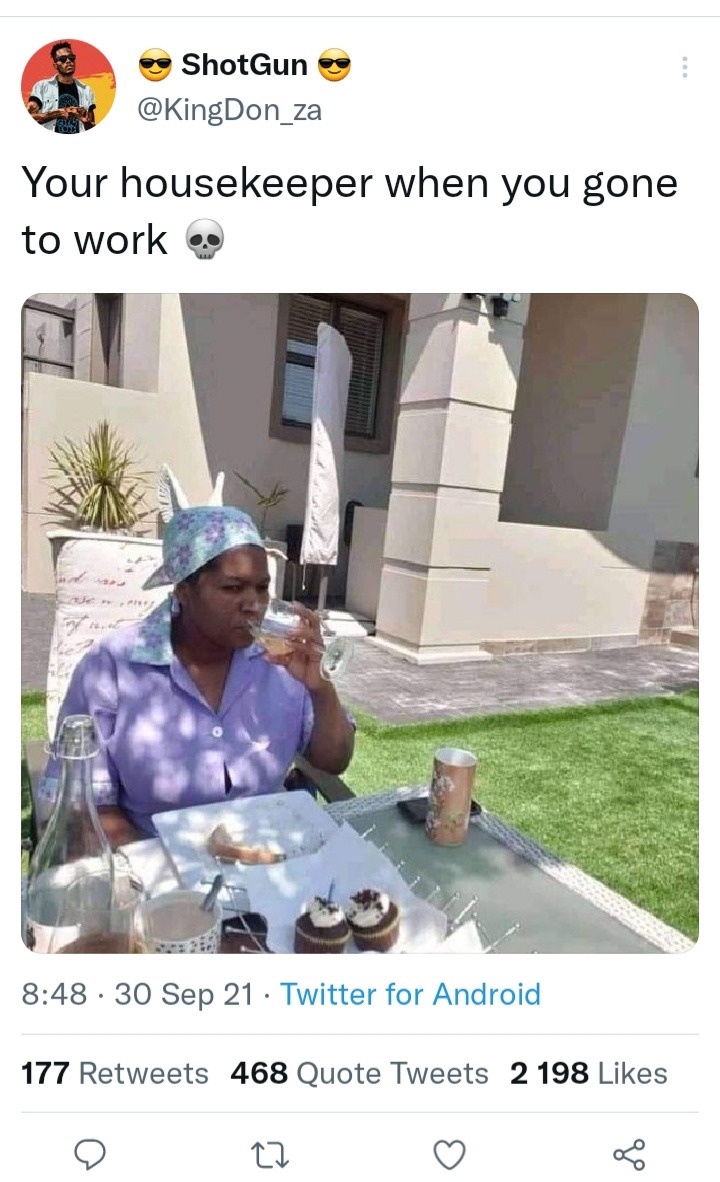 As a person who work with helpers everyday. I am trying to understand what exactly the twotter user is implying with this post? Aren’t our helpers allowed to sit down and have a meal during work hours?Sadly,This is exactly the kind of mentality most of our people have. I've since seen it all.

The lady by the name of Latlego Ntloedibe from Pretoria did something that left many people overwhelmed. The lady used the word you used house manager, it show she has a big respect, and I know it's from deep from her heart. May good Lord bless you sister boss for showing your house manager how important is she in your life keep it up doing good. 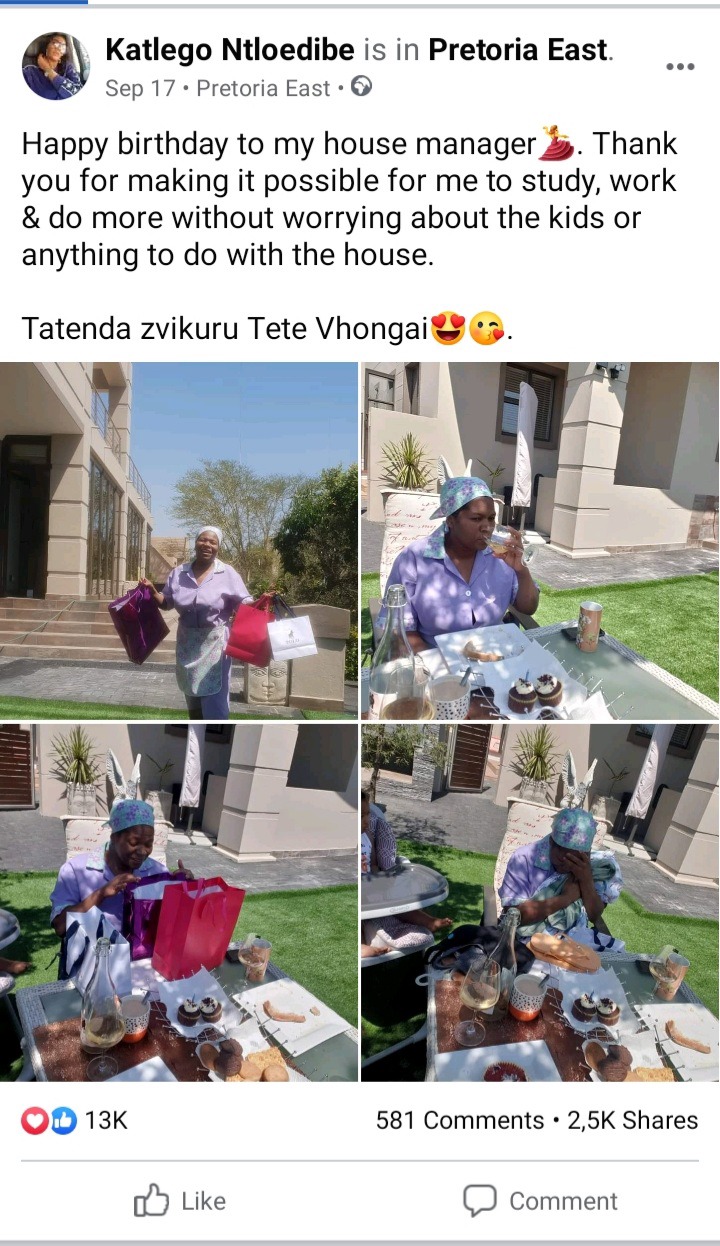 Some weeks back, my housekeeper, whom I’ve had since moving back to GP last year, relayed a very uncomfortable story regarding this. When we started, she refused to eat even when I offered. Being the feeder I am, I was really bothered by this. She wouldn’t eat at all. Then one day as I was making food in the kitchen, just before she left, she told me:

-that all her former employers (black SAns) would freak out if she happened to eat anything in the fridge.

-she wasn’t allowed to even make coffee. The expectation was that she brings her own.

- the only time she would eat ‘goodies’ as she called them, would be when the kids of the employer no longer wanted them or they had passed their expiry date.

-When the family was having a Braai or hosting, she was only allowed to show face when the guests were gone…

-The only restroom she could use was the one in the servants quarters. Not the guest restroom and definitely not the family one.

-The worst was when her former employer confronted her about eating a croissant, alluding that she didn’t event know it because she is from Zim. 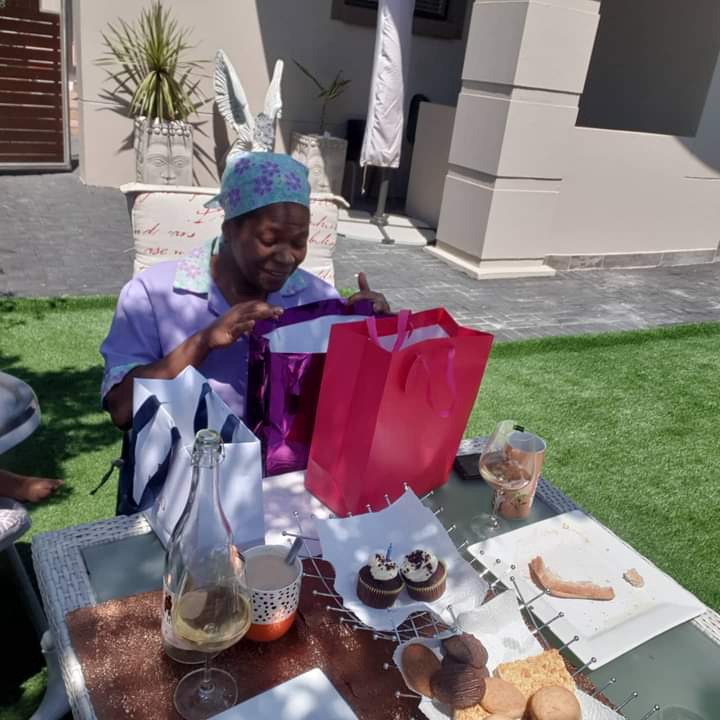 These are not racist whites, NO. These are blacks who were probably raised by domestic workers themselves or have domestic workers in their families.So when you see average blacks tweeting filth about domestic helpers, know that most got it at home. They were raised that way. 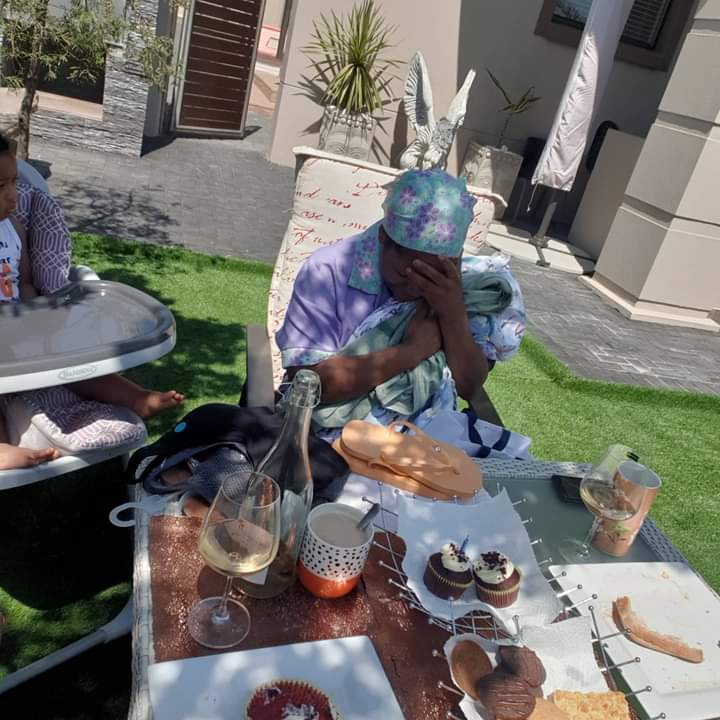 What I’m telling you is, black middle class South Africans treat domestic workers (especially foreigners) like filth. They enjoy treating them as slaves. They love it when they tiptoe around the house too careful to touch and too scared to break anything. It fulfils them. 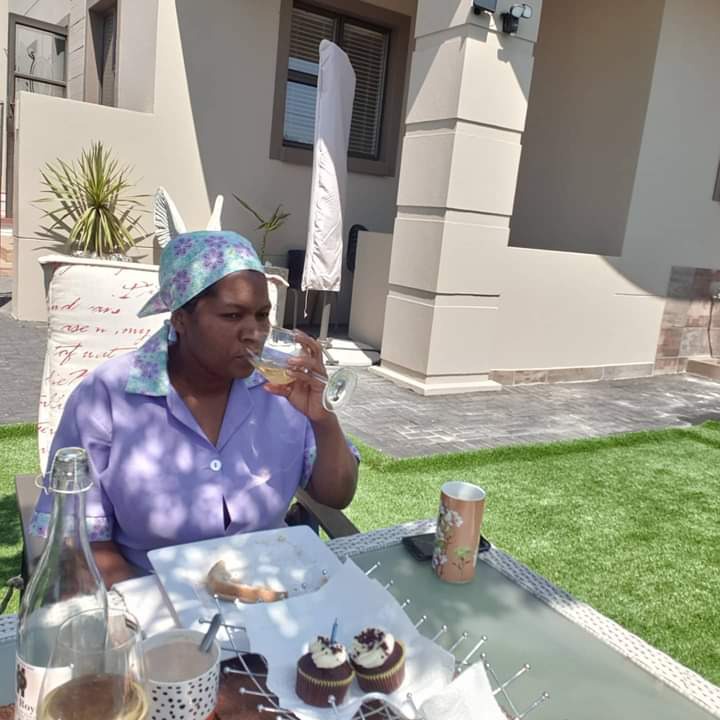 It’s your learned woke bunch that tweets about minimum wage and structural inequality here every single day, that doesn’t even pay their domestic workers bonus let alone register them for UIF. Because to them, they are not even worthy. Your keyboard warriors are horrible people. 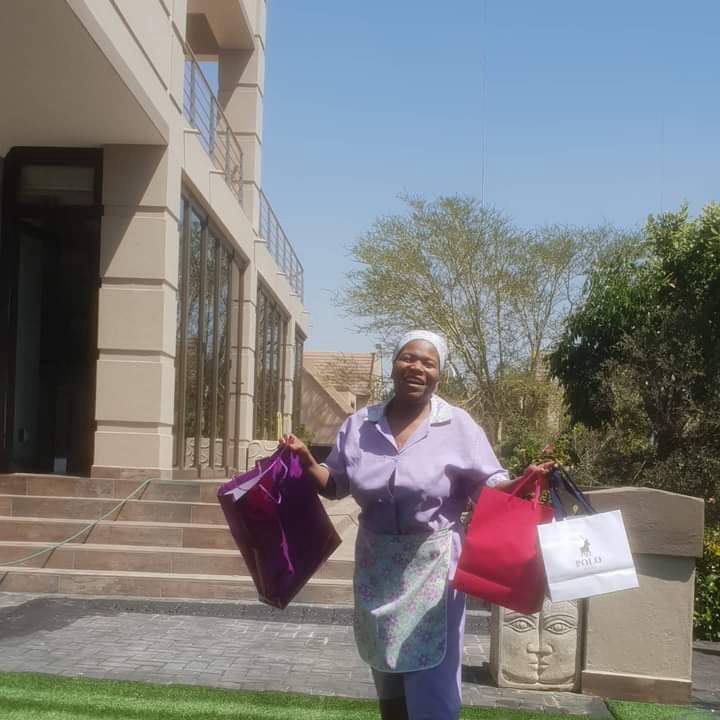 Watch: Why Bafana coach Hugo Broos does not have time to respond to Rhulani Mokoena

OPINION| Mandla Msibi Is Innocent Until he is Proven Otherwise

Laughter is the best medicine