By Cool_Dealz (self media writer) | 15 days ago

Allow me to take pleasure in my vanity before I pass away – Bobrisky Replies A Troll Who Asserted That Her Car Fleet Is a Vanity Project. 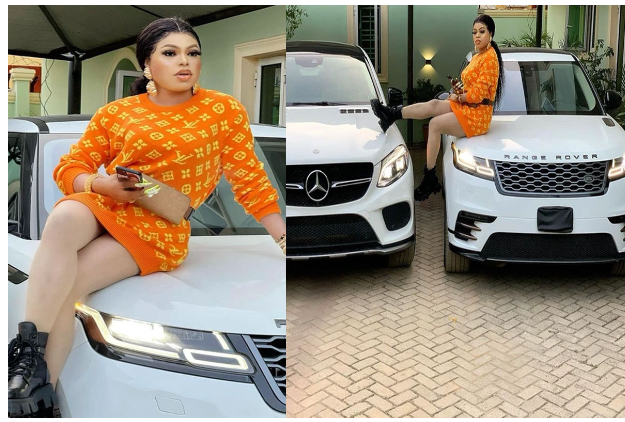 Crossdresser Bobrisky has delivered a furious response to a troll who claimed his fleet of automobiles is a display of vanity after he showed them off and asked to be allowed to enjoy his vanity before he dies after showing them off.

The user Bobrisky posted a photo of himself in front of his cars, asking us to allow him to show off a little because it has been a long since she has done so. In response to this, a troll said that all of his cars and all he has is vanity, and that it will all come to nothing one day.

The troll asked Bobrisky whether he should be allowed to enjoy his vanity before he dies because he had worked hard for it. Another attempted to harass him by telling him that he should first feed his father and family before going to show off on social media.

Bobrisky recently grumbled about how people despise him, asking why they don't despise poor people who aren't well-known. However, he appears to have forgotten that he receives such animosity from some netizens as a result of the content he uploads on the internet, as seen by this example.