By PhoenixTheWriter (self media writer) | 13 days ago 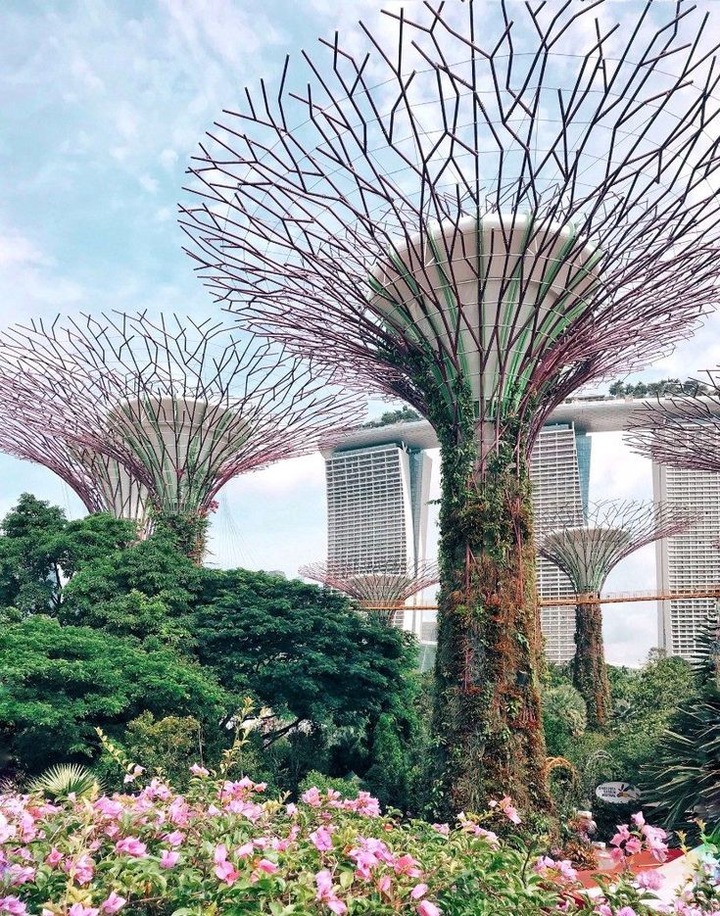 In 2005, Singapore Prime Minister Lee Hsien Loong got an idea to create a large park near the bay. This park was designed as a place for rest, as well as a calling card of Singapore. In January 2006, the international competition for the best project for gardens by the bay was announced, in which 170 companies from 25 countries took part. In September of the same year, the jury announced the winners: Grant Associates for the Bay South Garden and Gustafson Porter for the Bay East Garden. A decision to create a central garden was made later. This resulted in what is today the very popular Gardens Of The Bay. 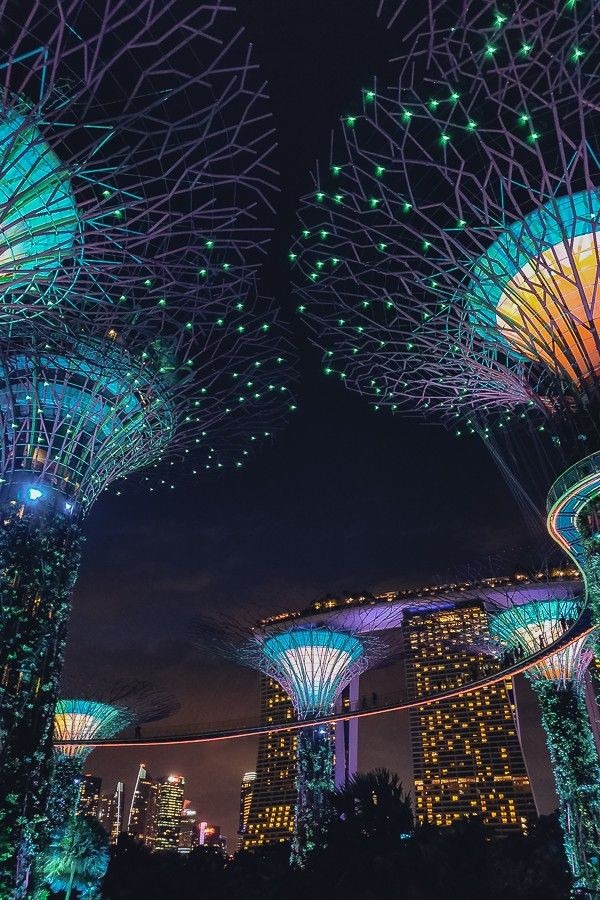 Construction of the gardens had begun in 2007, and the grand opening of Gardens by the Bay was held in four years – in October 2011. The Bay East Garden was used for pulling races at the Youth Olympic Games in August 2010 and it was opened before the rest of the gardens. As reported by BBC Travel, 1035 million dollars were allocated for the realization of this architectural landscape project, while the annual operating costs make more than 50 million dollars. Today the park Gardens by the Bay is very popular, pulling between six and nine million visitors every year. The park was awarded various prizes including “World Building of the Year” in 2012. 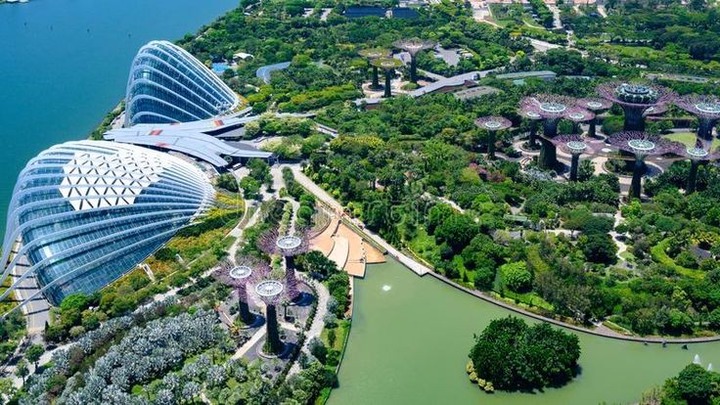 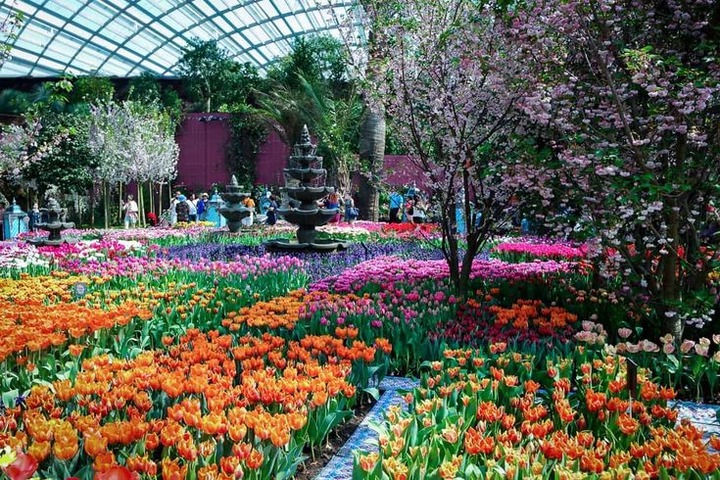 Bay South Garden demonstrates the best innovations of landscape design and it is the national pride of the country. The overall concept of this project draws inspiration from the Vanda “Miss Joaquim” orchid, the national flower of Singapore. On the territory of Bay South Garden with an area of 540 000 square meters, there are the greenhouses, the Supertree Grove, the Children’s Garden and the art sculptures. 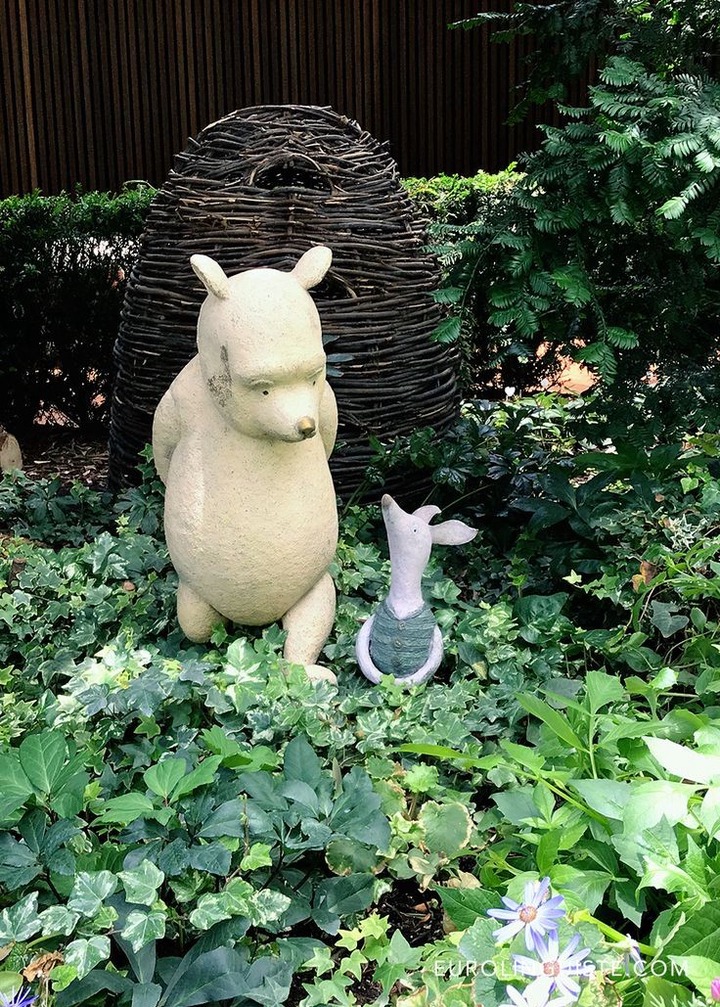 Along the bay, there are two innovative glasshouses, which are considered the biggest in the world. The huge glass roofs without any additional inner supports are the main peculiarity of these greenhouses. The Flower Dome is the largest glass greenhouse throughout the globe according to Guinness World Records 2015. On the territory, you can see the plants of different regions; there are thematic gardens, groves, and fields where various exhibitions are held from time to time. For a better navigation around the Flower Dome, the visitors can use the application Plant Explorer. 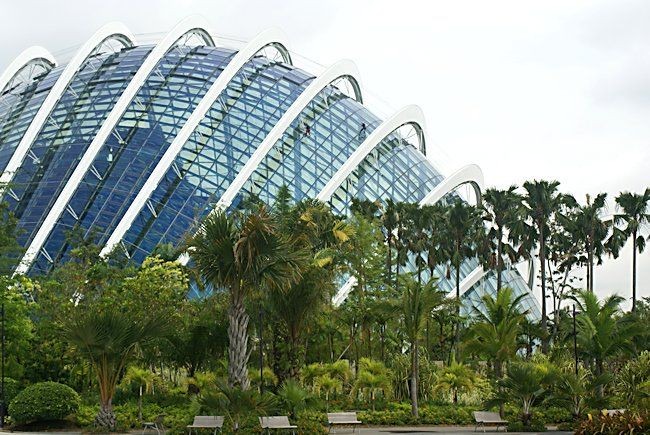 The Cloud Forest has a smaller territory but this greenhouse is a little higher than the Flower Dome. The central place in this glasshouse is occupied by the 'Cloud Mountain' , a 42 meter construction, the top of which can be reached on the elevator. To go down the mountain, one should use a circular track. 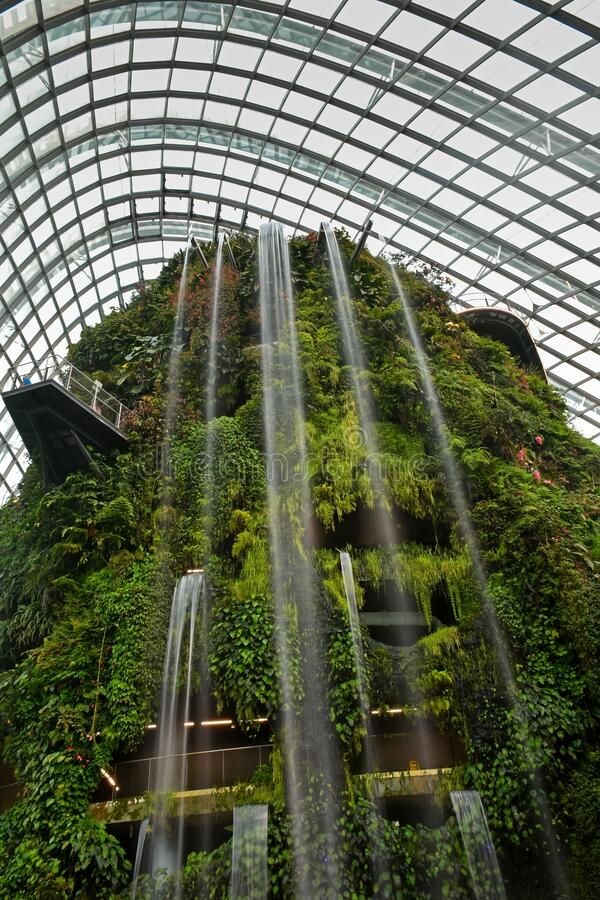 Supertrees, found in the Supertree Grove, are the constructions of between 25 and 50 meters in height, which mimick real trees in their shape. They are designed with large sheds that provide shade in the daytime and revive with the impressive light and sound at night. Some of the trees have the photovoltaic devices for transformation the solar energy into electrical. Every construction has plants fit for a vertical planting. 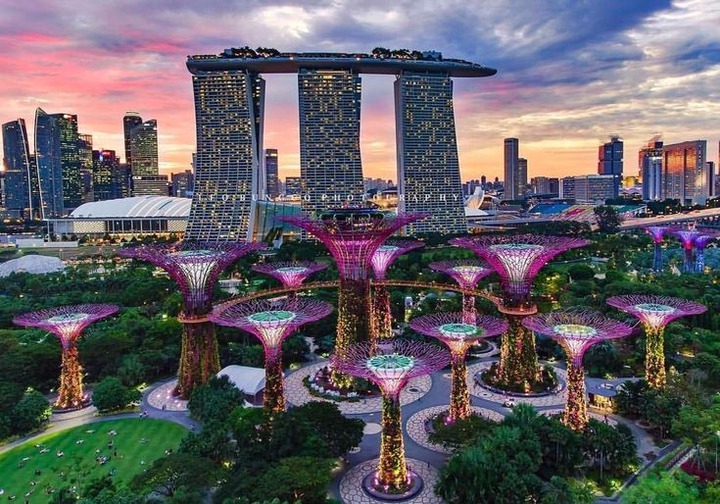 The 10-million dollars cost Children’s Garden was open in 2014. The Children’s Garden is a fascinating amusement park for children under 12 years old. Here every little visitor of the complex will find a lot of entertainments including a treehouse, interactive games, water rides and various educational programs. 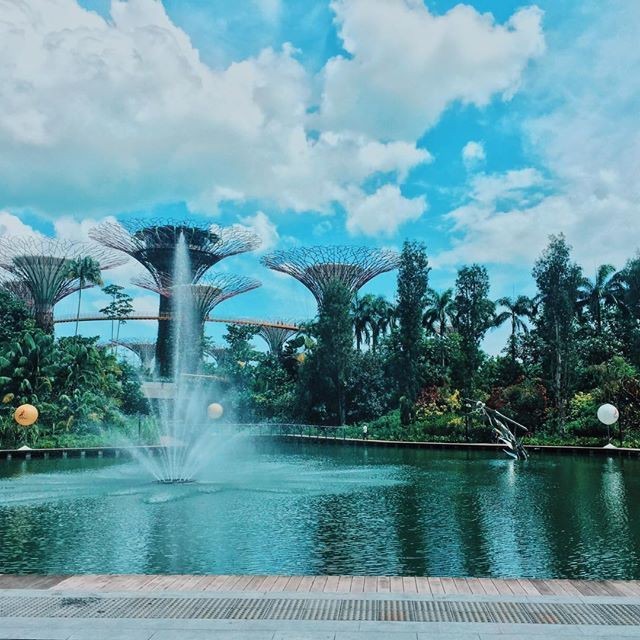 More than 40 sculptures from around the world have been installed in Gardens by the Bay, which completes the overall concept of the project. One of the main attractions is a 7-meter flower clock, a landed eagle made from lychee roots, a bronze bull sculpture, a huge snail, giant dragonfly sculpture and other art objects. The bronze sculpture of a child, 9 meters long and 3 meters high, deserves a special attention. The weight of the sculpture is skillfully balanced on the child’s right hand, creating the illusion that the sculpture is floating in the air. 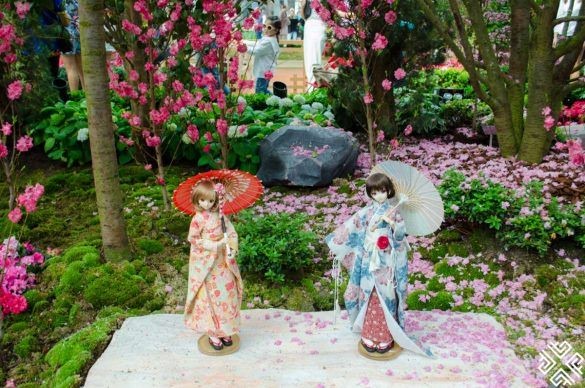