Despite the fact that the origins of the South African Ndebele are unknown, they have been classified as a Nguni tribe. The Central Nguni (Zulu-speaking peoples), the Southern Nguni (Xhosa-speaking peoples), the Swazi people from Swaziland and neighboring territories, and the Ndebele people of the Northern Province and Mpumalanga make up roughly two-thirds of South Africa's Black population.

The two Ndebele communities were divided not only by geography, but also by linguistic and cultural differences. 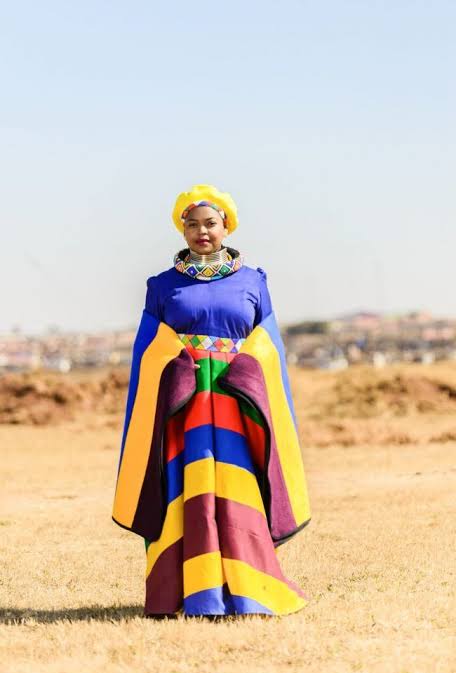 The BagaLanga and BagaSeleka tribes dominated the Ndebele of the Northern Province, who, for the most part, assimilated their Sotho neighbors' language and customs.

From the settlement of Warmbaths in the south to the Limpopo River in the north, and from the Botswana border in the west to the Mozambique border in the east, the North Ndebele people inhabited an area ranging from the Botswana border to the Mozambique border. They were primarily concentrated in the Pietersburg, Bakenberg, and Potgietersrus districts, though.

Mpumalanga runs from Piet Retief in the south to Lydenburg / Pilgrim's Rest in the north, and from Witbank and Groblersdal in the west to the Mozambique border in the east, with much of the province consisting of the Lowveld. The Springbok Flats divided the northern Ndebele from the eastern Ndebele.

The first recognized chief of the Ndebele people was Mafana. Mafana's successor, Mhlanga, had a son named Musi, who opted to leave his cousins (eventually to become the mighty Zulu nation) and live in the Gauteng hills near Pretoria in the early 1600s. Following Chief Musi's death, his two sons fought for the chieftainship, dividing the tribe into the Manala and the Ndzundza.

The Manala stayed in the north, while the Ndzundza, or Southern Ndebele, moved east and south. Both groups were Ndebele in origin.

Ndebele women have traditionally worn a variety of jewellery, each of which represents her social position. Dresses got more extravagant and magnificent after marriage. Once her home was finished, the Ndebele wife would wear copper and brass rings around her arms, legs, and neck, symbolizing her relationship and loyalty to her husband. She would only take the rings off after he died.

The rings (known as idzila) were thought to have powerful ritual abilities. Husbands used to give rings to their wives; the wealthier the husband, the more rings the wife wore. Permanently wearing these rings is no longer a prevalent habit.

Ndebele art has long been a distinctive feature of the Ndebele people. It has a cultural importance in addition to its aesthetic appeal, which helps to reinforce the Ndebele identity. The capacity to mix external sources of stimulus with traditional design notions received from their predecessors has long been thought to be the Ndebele's most important aesthetic accomplishment.

Ndebele painters were similarly fascinated by the linear quality of materials in their surroundings, which they portrayed in their art. Although the patterns were planned ahead of time, the painting was done freehand without any prior planning. 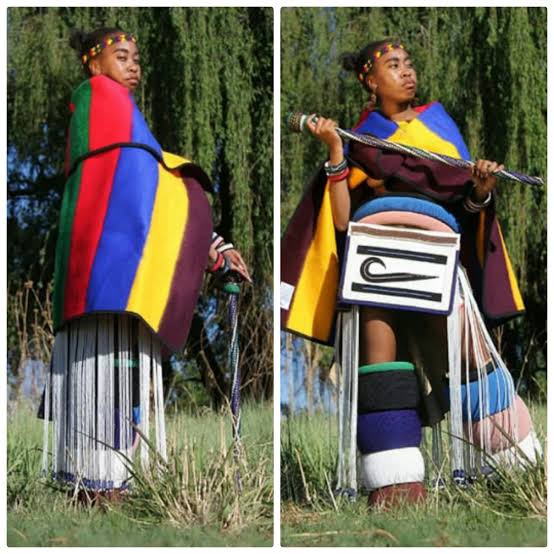 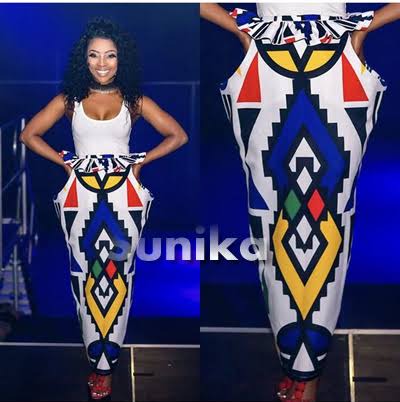 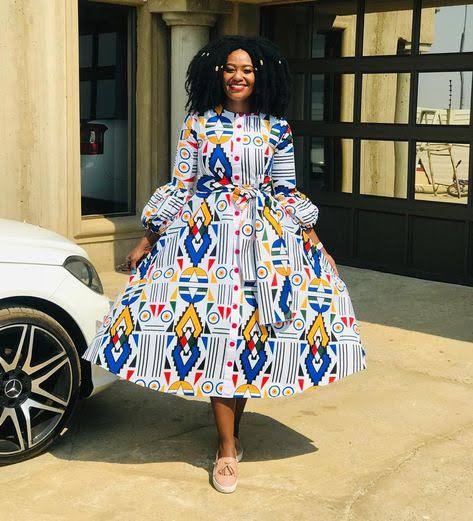 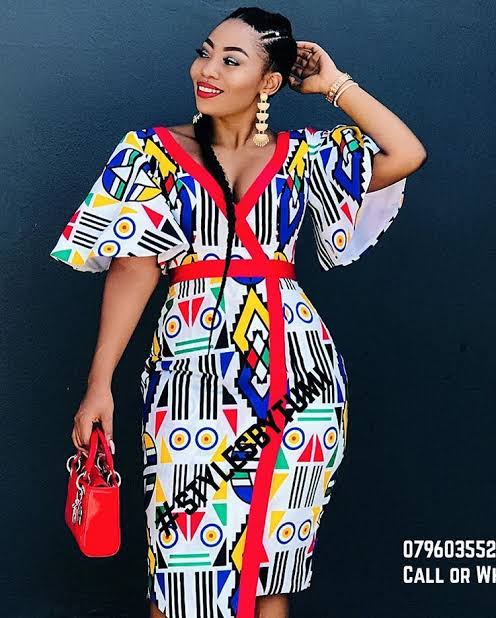 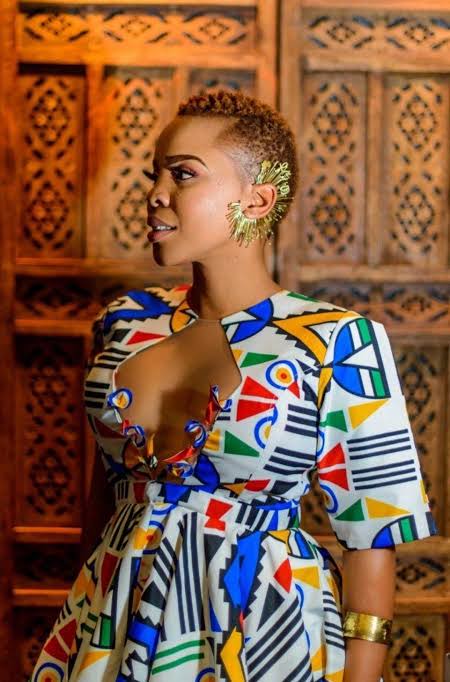