A genius idea or stupidity at its best? Either way, it is both funny and impressive to witness the kinds of ideas people come up with when they are desperate. You know the saying: desperate times call for desperate measures! 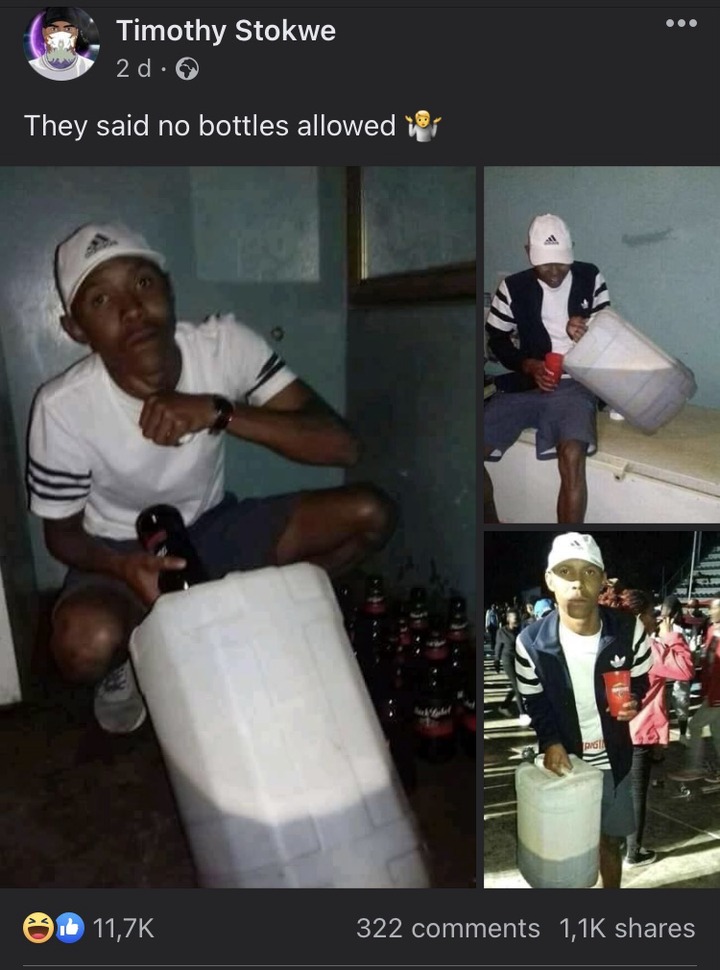 A Facebook user by the name of Timothy Stokwe left people in stitches after he had uploaded a series of photos with a caption that says, “they said no bottles allowed”. Both the images and the caption suggest that the man on the picture was on his way to attend an event that did not allow the bringing of bottles inside the premises, but all the alcohol he had was literally inside bottles. 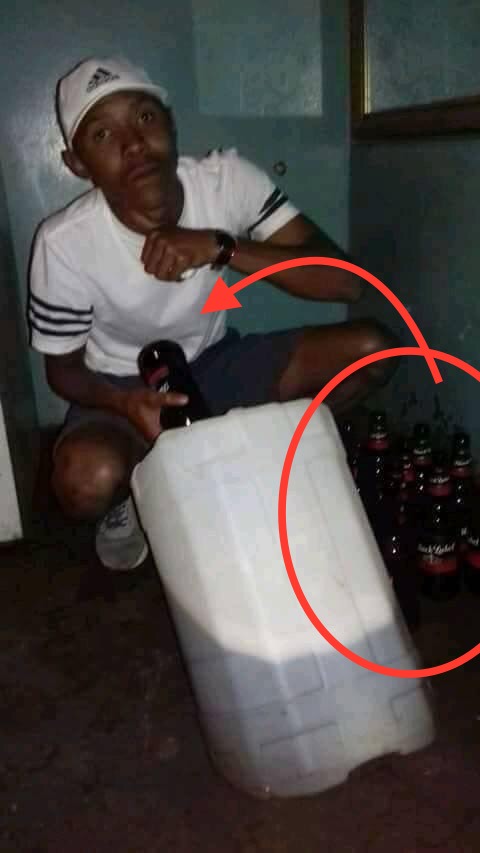 Instead of not going, the man thought outside the box and decided to to empty all the black label beer bottles he had, into a 25 litre bucket. 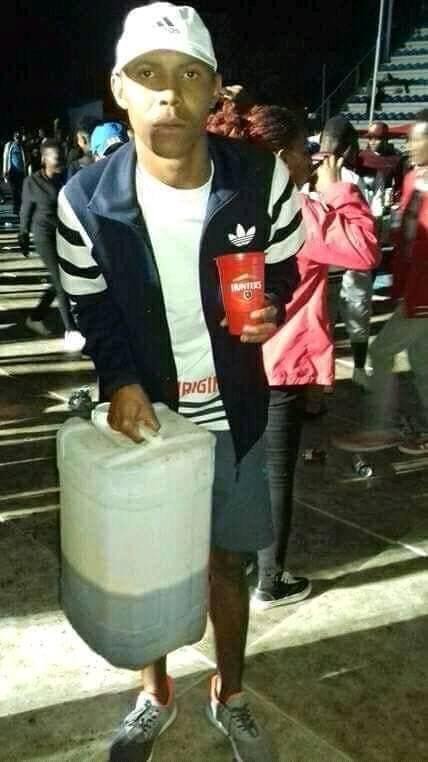 He is later seen at at an event on the same night, wearing the same clothes, holding his 25 litre bucket that is filled with black label beer. It seems his plan holds water after all. 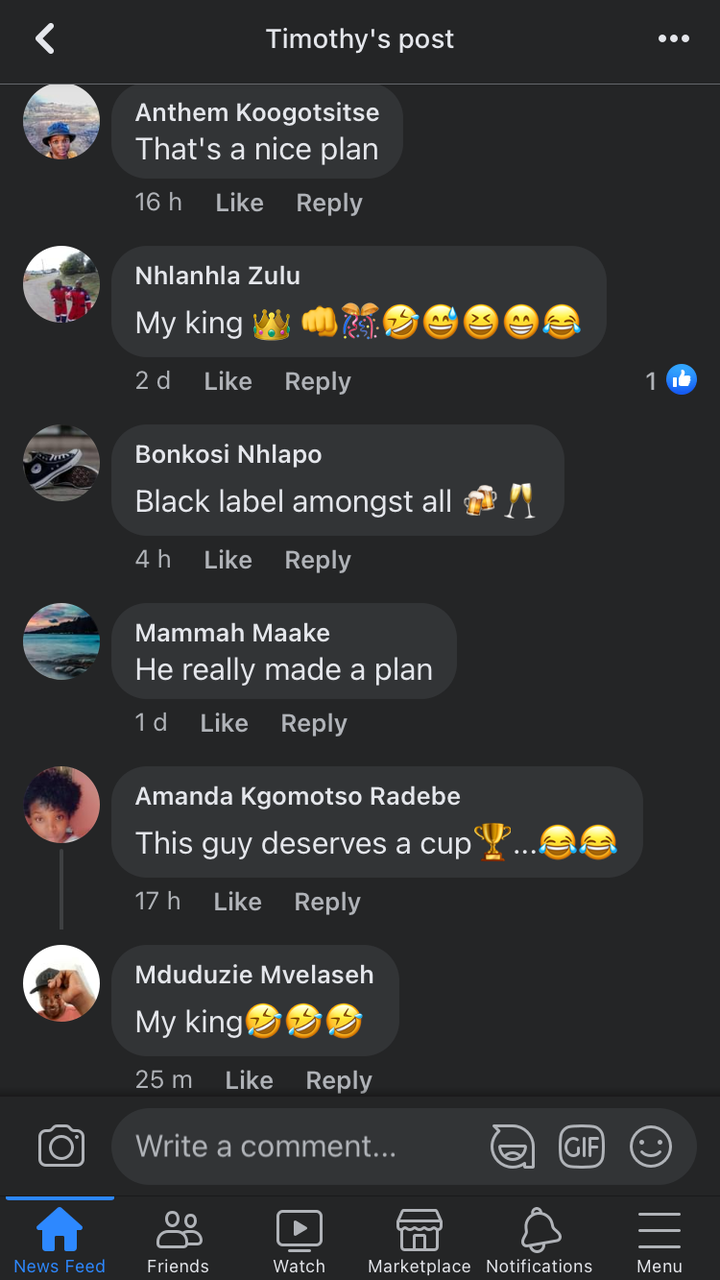 So if you ever plan to go to an event where they do not allow bottles to be brought into the premises, then perhaps you could use this very unorthodox alternative. It has been proven to work. Even people in the comment section are praising this great thinker for his great mind. 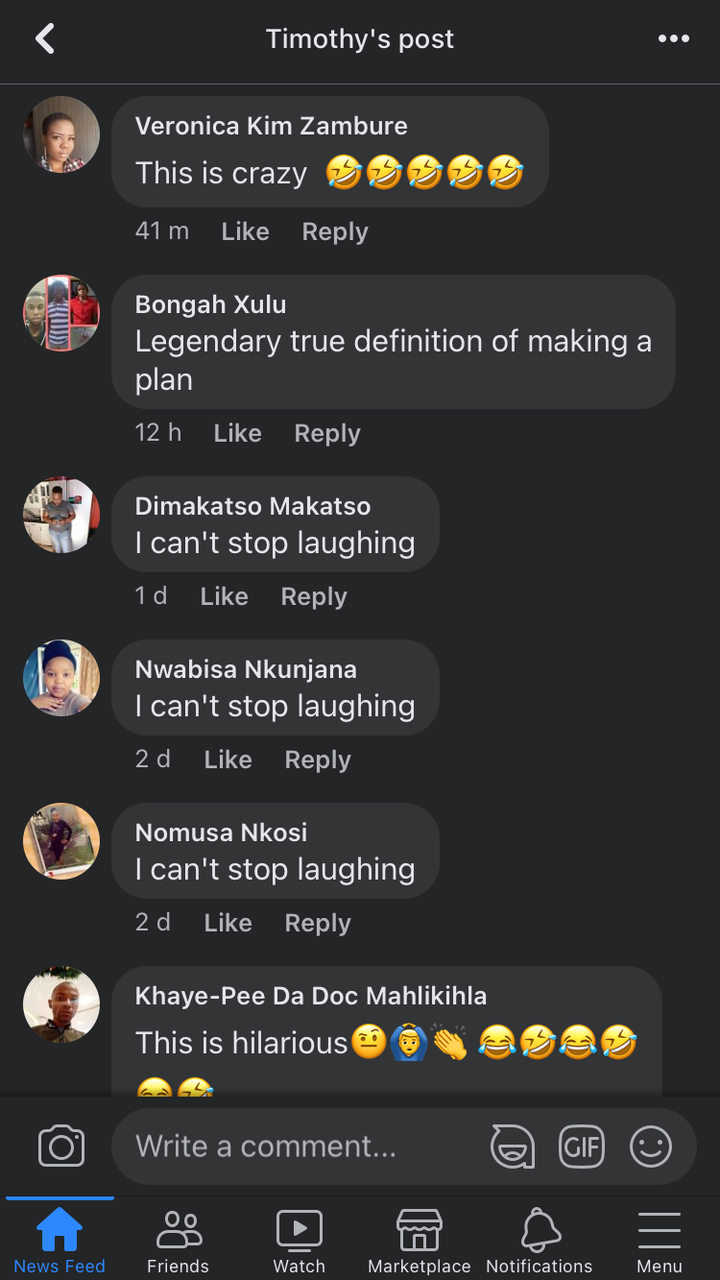 Some have gone as far as saying he needs an award for what he pulled off. Either way, he sure did bring laughter, there is no doubt about it.