20 True Stories of Heartbreak and Resilience that Will Make You Think, Smile and Cry

By GlenYunus (self media writer) | 17 days ago

The wisest, most loving, and well-rounded people you have ever met are likely those who have been shattered by heartbreak. Yes, life creates the greatest humans by breaking them first. Their destruction into pieces allows them to be fine-tuned and reconstructed into a masterpiece. Truly, it’s the painstaking journey of falling apart and coming back together that fills their hearts and minds with a level of compassion, understanding, and deep loving wisdom that can’t possibly be acquired any other way.

Angel and I have worked with hundreds of these incredible people over the past decade, both online and offline, through various forms of coaching, side projects, and our live annual conferences. In many cases they came to us feeling stuck and lost, unaware of their own brilliance, blind to the fact that their struggles have strengthened them and given them a resilient upper hand in this crazy world. Honestly, many of these people are now our biggest heroes. Over the years they have given us as much, if not more, than we have given them. And they continue to be our greatest source of inspiration on a daily basis.

So today, to honor these unlikely heroes of ours, we want to share some of their stories with you (with full permission, of course). Following a similar format to the stories shared in our previous article, these are super short but incredibly focused accounts of real life, real heartbreak, and the human resilience required to take the next step. There’s definitely something here for all of us to think, smile and cry about:

A Reason for Hard Times

The stories above obviously hold many lessons, but one lesson they collectively share is the fact that hard times don’t just break a person, they can also make a person.

Hard times are like strong storms that blow against your body and mind. And it’s not just that these storms hold you back from places you might otherwise go. They also tear away from you all but the essential parts of you that cannot be torn, so that afterward you see yourself as you really are in the present, without the needless attachments and crutches you’ve been clinging to.

In a very real sense, you are here to endure these storms, to risk your heart . . . to be bruised by life. And when it happens that you are hurt, or betrayed, or rejected, let yourself sit quietly with your eyes closed and remember all the good times you had, and all the sweetness you tasted, and everything you learned. Tell yourself how amazing the journey has been, and then remind yourself that pain is a necessary part of it all.

In all seasons of life, your goal shouldn’t be to seek a perfect and pain-free existence, but to live an imperfect and sometimes painful one in radical amazement. To get up every morning and take a good look around in a way that takes nothing for granted. Everything is extraordinary in its own right. Every day is a gift. Never treat life casually. To be spiritual in any way is to be amazed in every way, even when things don’t go YOUR way.

And it’s important to note, too, that Angel and I don’t just preach. We’ve endured our own pain, survived our own strong storms, and learned from firsthand experience many times over. In the past decade alone we have dealt with several severe hardships, including the sudden death of a sibling, the loss of a best friend to illness, significant betrayal from a business partner, an unexpected breadwinning employment layoff that forced us out of our house, and more. These experiences were brutal. Each of them knocked us down hard and kept us down for a while. But when our time of mourning was over after each misfortune, we pressed forward, stronger, and with a greater understanding and respect for life. 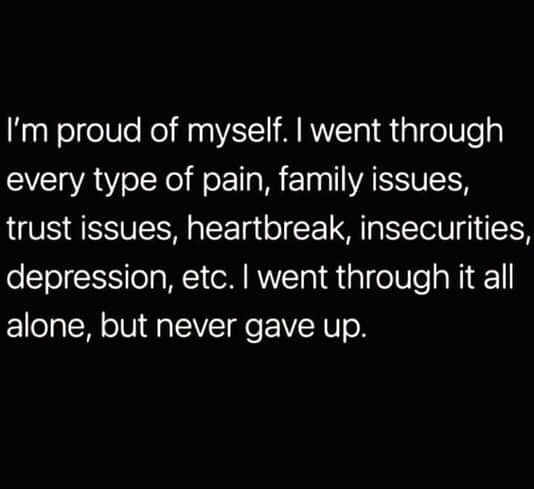 Content created and supplied by: GlenYunus (via Opera News )