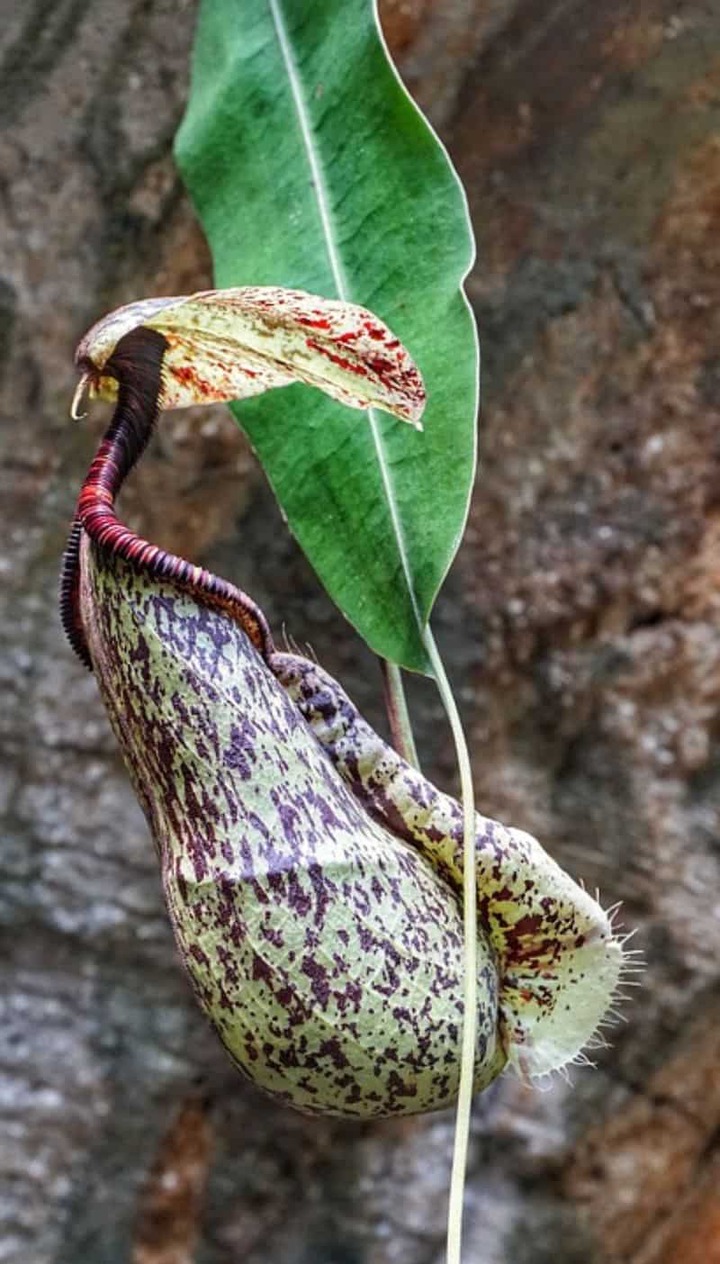 Flowers are supposed to enhance the feel of your garden and can add a little prettiness to the most basic of gardens, especially when using a greenhouse or potting shed to maximise growth potential.

Also known as Amorphophallus Titanum—the Corpse flower was voted by Britain’s Royal Horticultural Society (RHS) as one of the ugliest plants. Due to its pungent smell; odour like of a rotting animal, it is no wonder why this is the name it’s been lumbered with.

This plant can be found in Indonesia and it blooms every four to six years within its 40-year life expectancy, and can grow to reach 5ft in height!

Often found at the edge of the woods, this fungus—also known as Pseudocolus Fusiformis, has a body that resembles a puffball but later splits to form a stalk with arms that taper. Stinky squid is a member of the Stinkhorn family Phallaceae and was first reported in Pittsburgh, North America in 1915.

It emits a strong, rotten odour that comes from its dark green, spore-bearing gleba that is found on its arms’ inner surfaces. Its smell attracts insects, particularly flies.

Named because of the way it looks from a distance, vegetable sheep are found in New Zealand’s Southern Alps. The shrub, also known as Raoulia Eximia, forms grey-white mounds, covered in small, very woolly leaves that are packed tight, presenting the appearance of a sheep.

Tiny leaves are covered in hairs, with flowers beneath, and can spread 5ft.

The plant, found in south-west Africa, specifically Namibia and Angola, is considered a living fossil. Initially, tree tumbo grows two leaves from one thick trunk and, as the plant continues to grow, the leaves may split.

Also known as Welwitschia Mirabilis, due to their dry and lifeless form, they are commonly considered as one of the world’s ugliest plants.

Also known referred to as pipe vines and with a scientific name of Aristolochia Gigantea, Birthwort is a herbaceous perennial that mostly appear in various climates.

This foul-smelling plant bears an intertwining stem with pale yellow trumpet-shaped flowers and is pollinated by flies and beetles.

Found in the North Cape of Namibia, this plant consists of a thick trunk that is densely covered in spines—making it part of one of the world’s ugliest plants.

Also known as Pachypodium Namaquanum, an elephant’s trunk plant also grows a “crown” of leaves during the winter months and velvet-like flowers from August to October.

7. Thorn of the Cross

With a scientific name of Colletia Paradoxa, this slow-growing shrub is originally from South Africa. It’s a hardy perennial with grey thorns and oval leaves that drop as they age.

Also known as gigs, cross or crown of the cross, it features a greyish flower that blooms in March and April. Often used as an ornamental plant for its fragrance, it is under threat of extinction, due to a loss of habitat.

Also known as the climbing onion, this plant originates from South Africa. With a scientific name of Bowiea Volubilis, sea onion has a surface growing bulb and green starry flowers with the half-growing underground.

New branches appear each year, making it look like elongated asparagus, with greenish flowers. The overall appearance of this plant is like a succulent without leaves.

Also commonly known as tropical pitcher plants and Nepenthes, this plant comes from a family of more than 120 species. Monkey cups are vine-forming that can be found in its natural habitat in the tropical region of Asia, mainly Philippines, Malaysia, Thailand, Indonesia, Singapore and New Guinea.

The plant grows as a climbing vine and its name comes from monkeys occasionally drinking the fluid found in the pitchers, which are actually a swelling of the mid-vein in the leaf. Due to nectar secretions and colouration of the pitchers, insects are attracted to them. In fact, once an insect fell into the pitcher, it will be digested by the fluid at the bottom of the trap.

A slow-growing, ornamental plant that can reach 6ft, a bastard cobas plant—also known as Cyphostemma Juttae, this plant has large shiny leaves that tend to fall during the wintertime while grape-like bunches appear near the end of the summer.

POLL | What do you think Ramaphosa will announce tonight?

Here is what to expect from today address from the President, check the time here

Family meeting at 8pm today, Here's what To expect from Cyril Ramaphosa

Remember The Man Who Was Imprisoned For Life For Stealing $9 in 1982 ?