DA tells Shauwn Mkhize to sell her luxury vehicles to fund her club Royal AM The Democratic Alliance (DA) is not happy with Shauwn Mkhize after she received funding for her club Royal AM for the eThekwini Municipality, taxpayers' funds. Royal AM recently received funding for their development from the eThekwini municipality and the DA is not too pleased with that. The political party believes that Shauwn Mkhize is rich enough to fund her own club and there's no need to be using taxpayers' money. 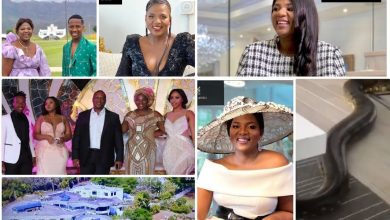 The DA is not happy with Shauwn Mkhize and her club, stating that she didn't need funding from the municipality

Royal AM was granted funding by eThekwini, something that angered DA greatly because of Mkhize's wealthy status

Meanwhile, Shauwn Mkhize is living life focusing on her family and the business side of her eventful life

The Democratic Alliance (DA) has expressed its displeasure with the eThekwini Municipality's decision to sponsor multimillionaire Shauwn Mkhize's soccer team, Royal AM FC.

The party said it was not okay to spend taxpayers' money on wealthy Mkhize, who recently purchased an R16 million Rolls-Royce, during a virtual meeting of the municipality's Executive Committee on Tuesday.

Her net worth is estimated to be over R300 Million. She has a house that even 5-star hotels are envious of. To make matters words, she is purely single and currently not dating anyone as of recent times. During her reality show this year, she showed off a massive Python snake that looked like Anaconda in her show. South Africa was instantly shocked at what they were seeing. Most then accused her of using the snake for her riches but the question is, where they right?

It is known in popular black cultures that some people use these snakes as a form of spirit to make them money. Some even marry these snakes and sleep with them alone in order to have an advantage in the money making industry. With Mamkhize’s failed marriage and her choosing the single life, South Africans think they have joined the dots. She however came out to clear the air as to where exactly is she getting this money. 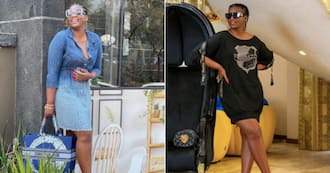 In addition - They failed to tell Rupert, Oppenheimer and all the billionaires here in South Africa to fund the people of the country because they have nothing they stole everything from them they only fund Cyril.