Many people do not believe in witchcraft or that it exists, whilst others have been through the worst ordeal and have acknowledged how powerful witchcraft is and that it is dangerous. Interestingly, most people only find out that they have been bewitched when they consult with a traditional doctor.

People who use black magic use it everywhere. Some bewitch their enemies by giving them food when they are asleep whilst others send them with fire which starts burning any time of the day and out of nowhere. Witchcraft is scary, but not many people know how to avoid being the target. 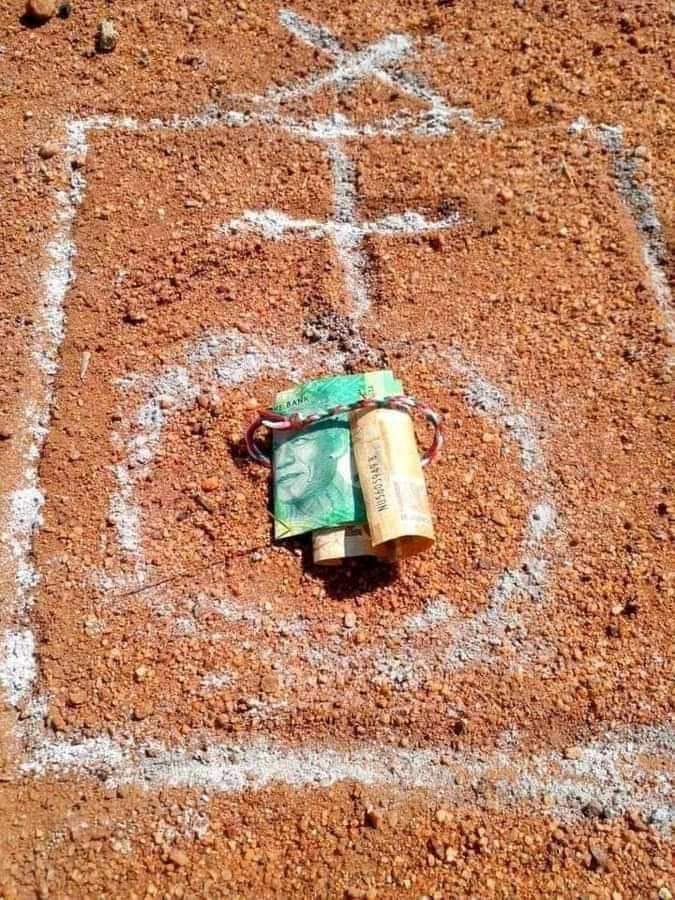 In images that have gone viral, a Facebook user has warned people not to give people hard cash, citing that jealous people often take the money to make the kind giver suffer. He suggests that one should rather buy whatever that borrower is seeking or send the money through the bank.

Others are suggesting that the borrower might close all doors to stop the lender from making money. Some are saying that if the money is sent via the bank and their notification mentions your name, then the borrower could use this to bewitch the lender. 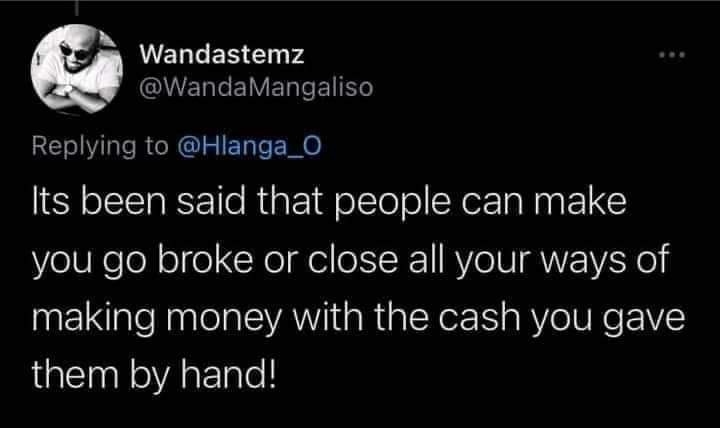 A Twitter user claims that her mother borrowed someone's money but the money was returned in the same banknotes. Thereafter, she suffered. 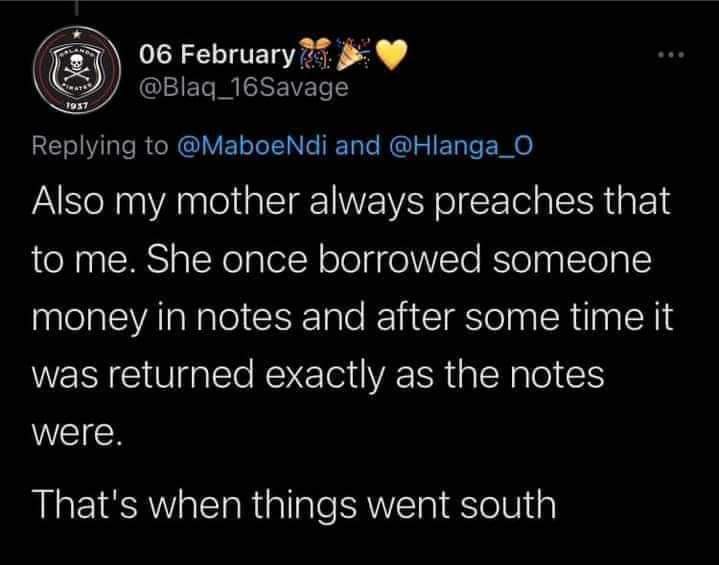 Most people who have been victims of this are saying that they struggled after lending people money. They add that they were once good at saving money but they now struggle to save a penny. 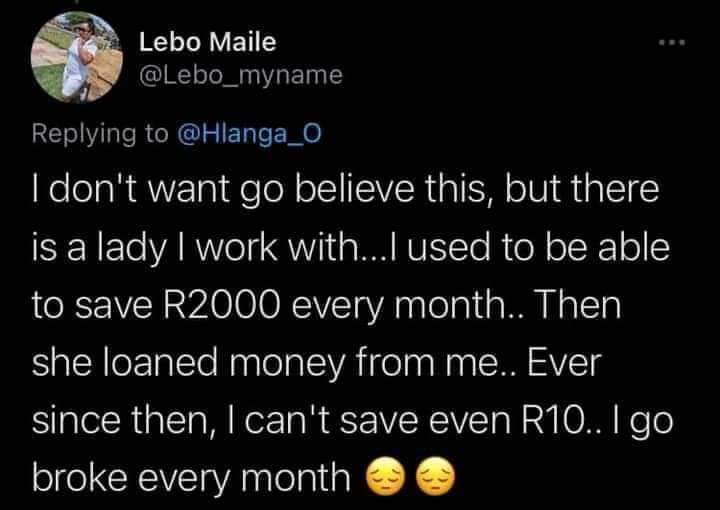 Most people believe that money has energy, hence most foreigners who own tuck shops do not take money directly from the buyer's hand but instruct the buyer to put it down on steel before they touch it. They, however, do not mind giving buyers change directly on their hands. 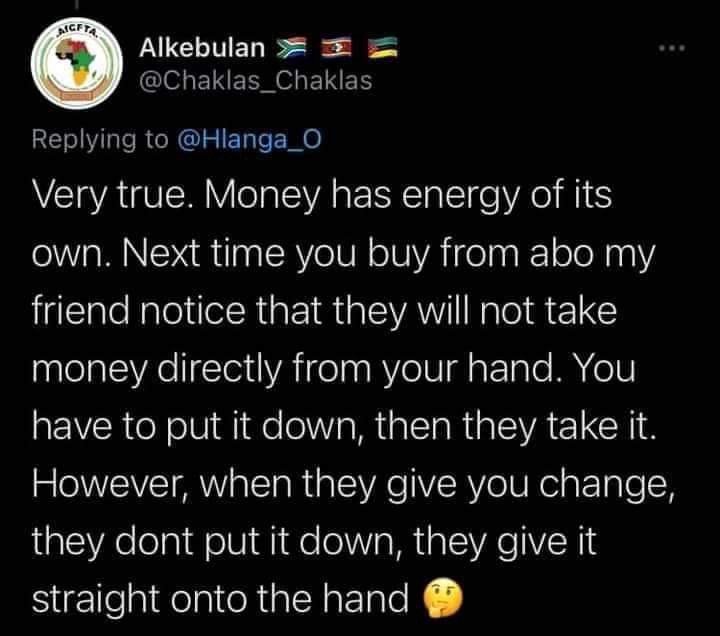 In my opinion, people who believe in such do not live a fruitful life as they always fear the worst. Some are scared of House Warming parties and baby showers because they are scared that someone is out to get them. Some believe that in coarse salt and have made it their best friend. They sprinkle everything, including money, with coarse salt. 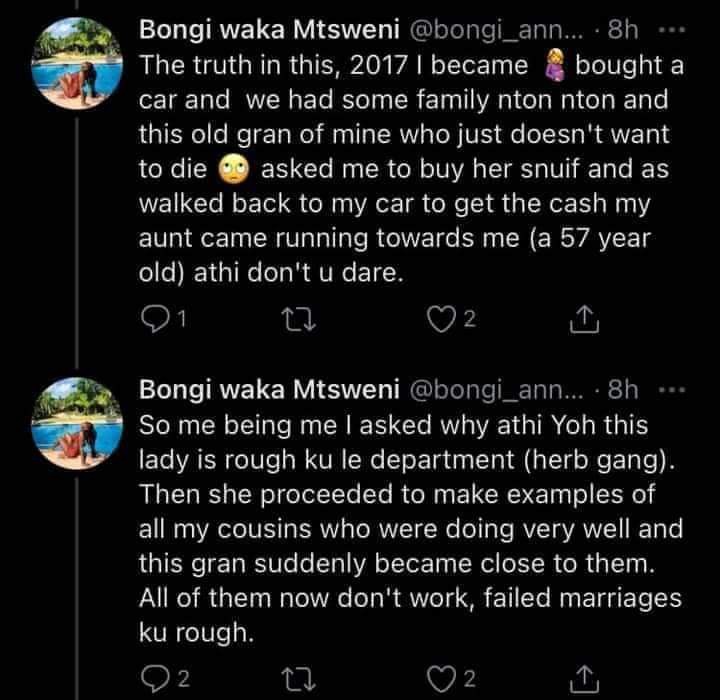 Witches and wizards can use anything they want whether you use salt or put the money on the counter. The bottom line is that they can still bewitch their target with or without touching their money.

RET-Aligned Speaker To Throw Cyril Under The Bus?

They Posted This Simple Picture Of Themselves But Mzansi Noticed Something Else.

SA people be warned there is new ATM scammer that everyone can fall for, better be safe than sorry

Other Reasons Why You Can Avoid Paying Tithe