11 Suspects Arrested After A Shootout With The Police And Various Security Teams. 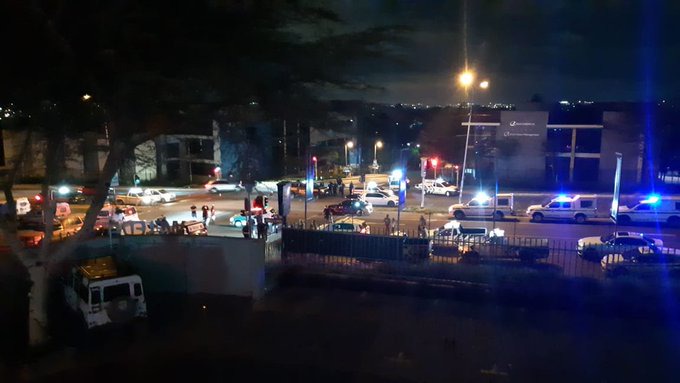 11 heavily armed suspects were arrested yesterday night, on the 5th of December after a lengthy police shootout with various security companies, chief among them were the BlueHawk Tactical and SAPS law enforcement officers.

The suspects were caught on their way to do criminal activities, the South African Police Services Recovered a Ford Ranger which is sought after for a possible hijacking or theft case.

A Toyota Hilux was also recovered from the suspects, it is believed to have been from the proceeds of crime and investigation will follow to see if it is linked to other crimes.

Another vehicle, a Nissan NP300 believed to be a vehicle belonging to the South African Police Services, along with the Cellphones of the suspects were recovered and by the police.

The police also found a signal Jammer in the possession of the suspects, they use it to jam the signal so that victims or people in the vicinity are not able to report crime in progress.