‘They Seduced Me’, Claims 90-Year-old Man Who Raped Granddaughters Aged 10 and 11

Lester Danken, 90, was sentenced to 21 years in jail for defiling his two grandchildren, ages 10 and 11, in Kufunda Village, Traditional Authority Kachere, Dedza, Malawi. 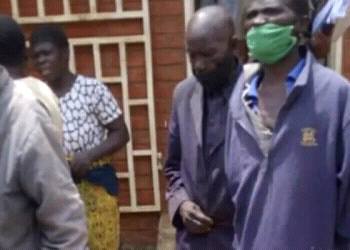 Sergeant Cassim Manda, Dedza Police Deputy Public Relations Officer, revealed this on Friday, saying that during trial, Danken admitted to raping the youngsters but was quick to pretend he did it because the victims seduced him.

The victim's mother, who lives next to Danken's house, was astonished to see her daughter emerge from her grandfather's house holding her panties.

The state prosecutor also told the court that when the victim was questioned, she confessed that Danken had been raping her since last year and that he was providing her K100 with the promise that the sexual assault would increase the size of her breasts.

The prosecutor also informed the court that Danken voluntarily informed police about the second victim. Both victims were given medical report papers to be examined at the hospital, which eventually certified that they had been defiled.

Prosecutor Scott asked the court to impose a deterrent sentence on the defendant as a deterrent to future criminals.

Senior Resident Magistrate Clemence Chamwenda concurred with the state in sentencing him, observing that the prisoner was obliged to safeguard the victims as a grandparent, and that the victims were traumatized, therefore a jail sentence without regard for his age could fit him.

Magistrate Chamwenda then sentenced the grandfather to 21 years in jail without the possibility of parole on each offence. Both sentences must run at the same time.