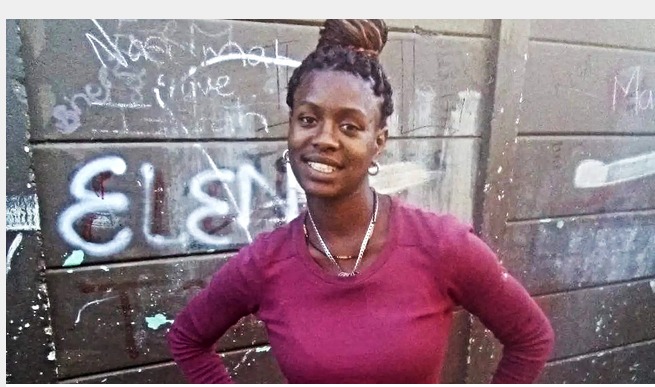 It is asserted Manuel killed Lino on January 8.

Lino's sister, Candice Baartman, thought that she is half-exposed body unloaded head down in a wheelie canister on Olga Street in Manenberg. She had different cut injuries in her neck and back.

The State said Baartman got back and observed the charged scavenging through the container, with junk spread across the yard. Baartman then, at that point, saw that there was blood on Manuel's clothing.

After she got some information about the blood, Manuel told her he was beaten by two men before. The blamed then pushed the canister outside the yard, while Baartman went inside her home, where she tracked down a ton of blood. She called out after Manuel, however, he fled.

Manuel was captured on January 14 in Mitchells Plain by metro police after a mysterious clue. He was later emphatically distinguished by Baartman and one more observer from a photograph.

Before Manuel's capture last week, individuals from the Manenberg people group - shocked by the homicide - stood up to Manuel's family, requesting they uncover his whereabouts.

Manenberg people group pioneer Roegshanda Pascoe said: "We trust that the framework can see that individuals are baffled and individuals don't mind any longer to perpetrate wrongdoing themselves to get equity.

"She [Lino] didn't have guardians, her granddad was killed, our kids lose all sense of direction in the framework since it's a defective framework. Our little kids go into associations with more seasoned folks to have a feeling of safety and pay, we can't reject that.

The matter was delayed to January 24 for the State to accumulate bail data. Manuel will stay in care.

﻿Man who allegedly killed Manenberg girlfriend and dumped her in a bin appears in court (iol.co.za)