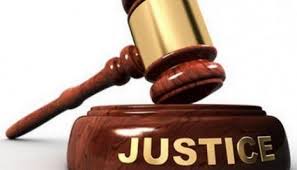 Justice was served for the late retired 89-year-old University of Kwa-Zulu Natal professor, Francois Jean Hugo who was robbed and murdered by three men .

This was after the three men pleaded guilty to the charges of robbery and murder and got slapped with a 25-year sentence for the crimes .The late professor got killed in April 2021 when he was in his home .

The three suspects who were identified as Simphiwe Charles , Kwazi Kunene and Kwanele Ntuli made entry into his house with the sole purpose of robbing him .

When the old man walked on the three , they started assaulting him and tied his pyjama around his neck . They then gagged him in the process leading to his tragic death .The three reportedly continued with what they wanted to to , which was robbing the place .

They stole many items such as laptops , shoes , cellphones and kitchen appliances .They went on and used his car to flee the scene .When they returned to the same house to steal again , they got arrested .