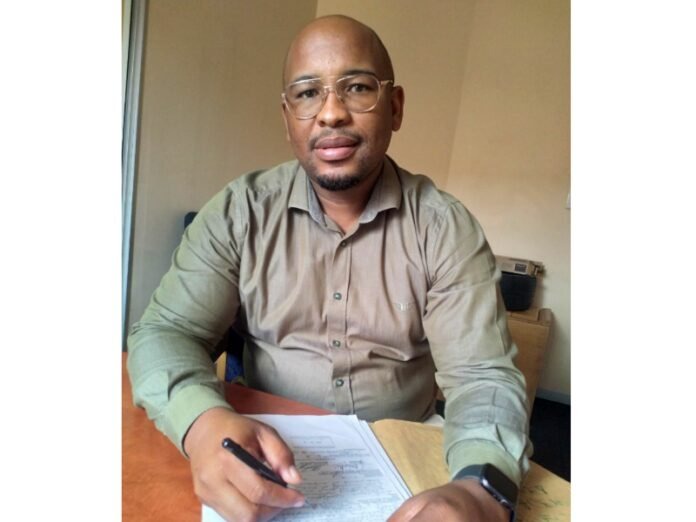 He was sentenced by a police officer who falsely claimed he died in 2017, while living a life of fraud and posing as an inspector of labor.

Prebly Linda Nyamakazi's case came to an end last week when she was sentenced to 11 years in prison on charges of robbery, kidnapping, theft, and impersonating a labor inspector.

Here is an explanation of how a former police officer rose from the dead to become a fraud.

Home Affairs records say Nyamakazi died in 2017 and was buried in Hillbrow Cemetery in Johannesburg.

But the "former police officer" has since committed a series of crimes in various parts of the country, especially in Benoni, Ekurhuleni, where he has been impersonating the Department of Labor.

Nyamakazi was arrested several times following his resignation from the police force in 2006, including a 10-year sentence in 2011 for fraud and theft among other charges.

He was arrested again in 2019, but this time police did not know who Nyamakazi was and thought he was probably lying in the Hillbrow morgue.

But when he was re-arrested in 2020 for posing as a restaurant inspector, an investigation by the Gauteng Provincial Organized Crime Unit revealed who he really was.

Detective Sergeant Philemon Mmatli from the Gauteng Provincial Police is investigating. He said the former police officer's performance was similar in many cases.

“He would go to restaurant owners and ask for a list of their employees, and if he found out that some of the employees were not South African, he would seek employment permits proving that they were legally employed.

"After that he threatened to arrest shopkeepers if they did not pay a fine of between R50 000 and R80 000," said Detective Mmmatli.

He said the suspect used to threaten his victims every Friday. And for fear that they would be detained for the rest of the weekend, victims often paid for it.

“We have found that many cases have been reported to various police stations. Many videos from various shops showed that he was one man, ”said Detective Mmatli.

Detective Mmatli said Nyamakazi was never found because he used to change his name every time he appeared in court. He did not have an ID because he lied about his death.

Nyamakazi is scheduled to return to the Randburg Magistrate's Court on January 31 for trial and other charges...