Talent Chingwaru has been duped as a very violent teacher in Zimbabwe. Following a video that went viral on social media, where he was seen beating a student to a pulp. He gave an excuse in court that he had a sore tooth hence his anger episodes. 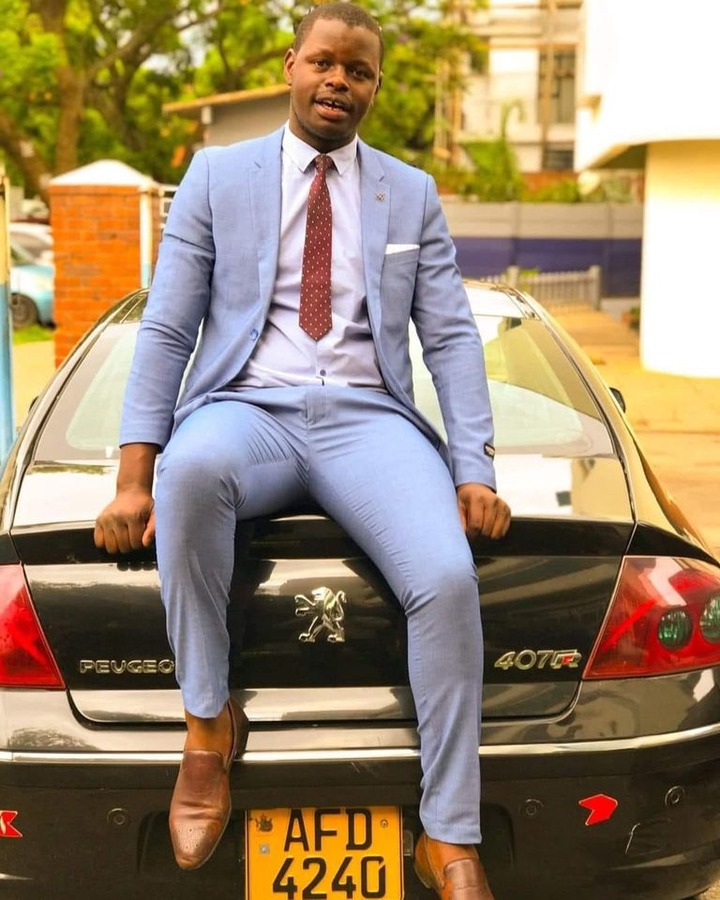 The Maths teacher who admitted to beating one of his students has been sentenced to 630 hours of community service at the Parirenyatwa Hospital Group of Hospitals, which will begin today. When Talent Chingwaru, 29, appeared before Magistrate Judith Taruvinga, he was sentenced to 36 months in prison, but 18 months were suspended in exchange for five years of good behavior. 630 hours of community service were scheduled for the remaining months. 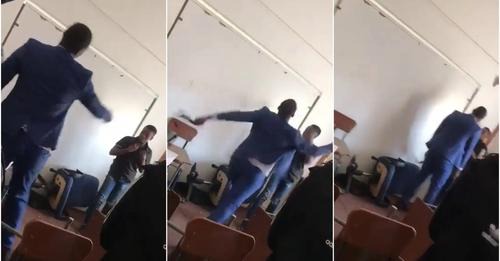 Despite pleading guilty to the accusations, Chingwaru told Harare magistrate Judith Taruvinga that he committed the offense while overcome by rage as a result of the student's misbehavior. He said that he was suffering from a toothache at the time he viciously beat up the student, which was worrying him out, and as a result, he lost control of his rage. 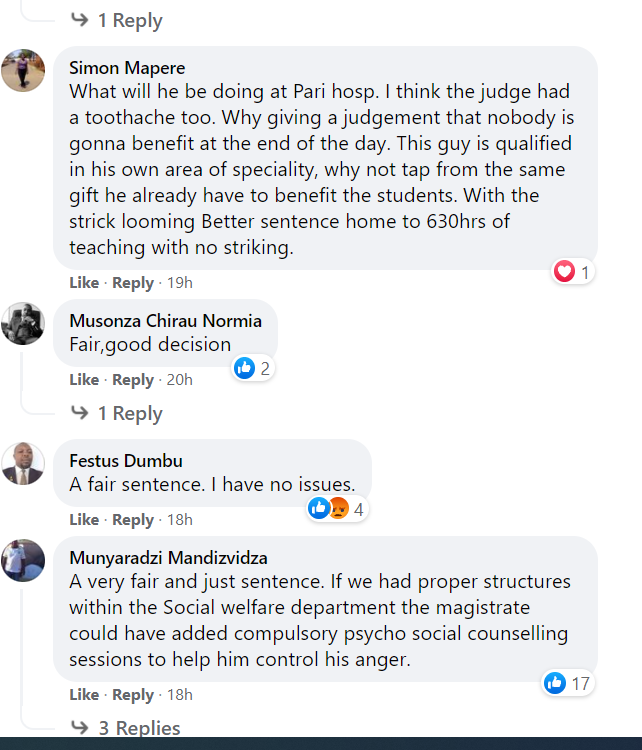 Following the comments that were doing rounds on all social media platforms after the Chingwaru video went viral, this has sparked a lot of emotions. Some comments were insinuating that this has been happening since way back, by then there was no cameras to show as proof that people were brutally beaten at school. 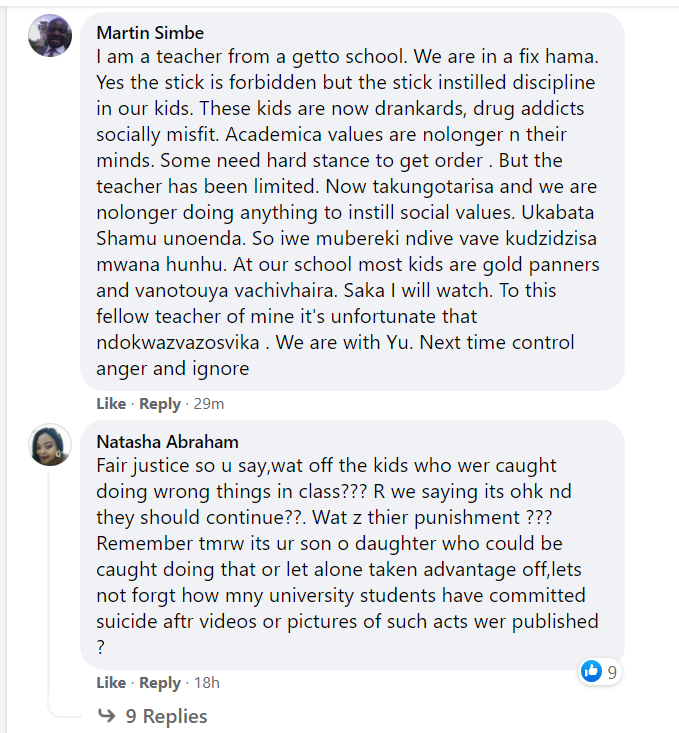 One of the comments said, This is a very just and fair sentencing. The magistrate could have imposed mandatory psychosocial counseling sessions to help him regulate his rage if we had sufficient institutions inside the Social Welfare Department.

Some parents are celebrating and saying this is fair justice, but what of the students that were caught doing wrong things in class, what of the students who are doing drugs and bunking lessons. From now onwards teachers will only look and not reprimand their students. What will become with our sons and daughters if teachers are no longer allowed to use corporal punishment.