By DLight (self media writer) | 2 months ago

fugitive's legal difficulties are increasing Shepherd Bushiri, the leader of the Enlightened Christian Gathering Church, has been taken to court by a Pretoria-based property business for a breach of a lease agreement at the headquarters of the controversial church. 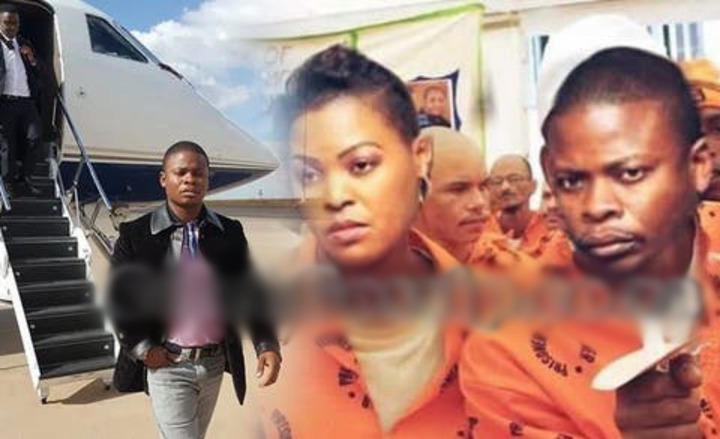 Shepherd Bushiri Ministries was ordered by the Johannesburg High Court on October 10 to honor two lease agreements with PPS Property Trust Fund. Bushiri, who left the country about a year ago, is being sought by the fund for R1.9 million.

The first lease deal was signed on August 7 of this year and expires on June 30 of next year, according to the documents. After then, it was extended until June 2022.

Victor Schroeder, Nicholas Battersby, and IzakSmit were named as trustees of the company and attested in their documents that Bushiri, the sole representative of Prophet Shepherd Bushiri Ministries, had failed to pay a monthly amount of R27,255 for the primary building and an additional R54,510 for the duration of the first lease agreement, with an outstanding balance of R995,707, including interest.

Damages for early termination of the leasing agreement owing to nonpayment are being sought by the corporation.

Defendant (Prophet Shepherd Bushiri Ministries) continues to get "beneficial occupation" of the commercial leased premises from the landlord, according to court documents.

Furthermore, the application revealed that Bushiri's attempts to warn him of the legal action were unsuccessful, as none of the channels of contact he employed when the contract was struck were effective.

Papers state that if a tenant fails to pay on time and fails to remedy such a breach within seven days of receiving written notice demanding payment, "the landlord may, without prejudice to any other rights or remedies it may have, cancel this lease agreement and may retake possession of the leased premises."

They said that the scenario had put a strain on the company's finances, forcing it to go to court.

Trade and payment compliance have been terminated by the defendant and the commercial leased premises have been abandoned." It has so reneged on its contractual responsibilities," the filings stated.

An early termination of contracts and unpaid installments were cited as reasons for the application's fairness and reasonableness.

After Bushiri fled South Africa without paying him for constructing the TV station for the Enlightened Christian Gathering Church, software developer Anele Beke demanded more than R80 million in an application before the same court in August, according to City Press.

As a result, Beke filed an ex parte application, asking that the case be considered without the opposing party's participation at the hearing.

After being granted bail on allegations of fraud and money laundering, Bushiri and his wife Mary fled the country.