Nomia Rosemary Ndlovu the alleged serial killer cop; will return to the Johannesburg High court on Friday 22 October for her sentencing; following 82 people giving testimonies in court against her. 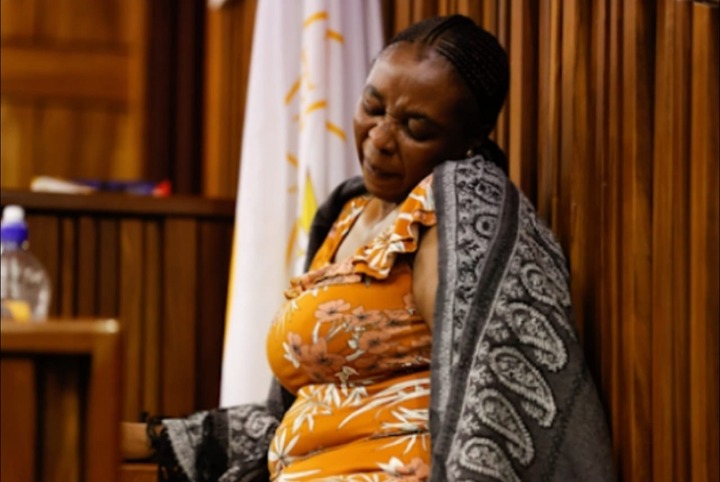 Speculation is that no one in Ndlovu's family wants to bring her clothes because she has been wearing the same dress throughout her trial; which has become fodder for the masses of South Africa. 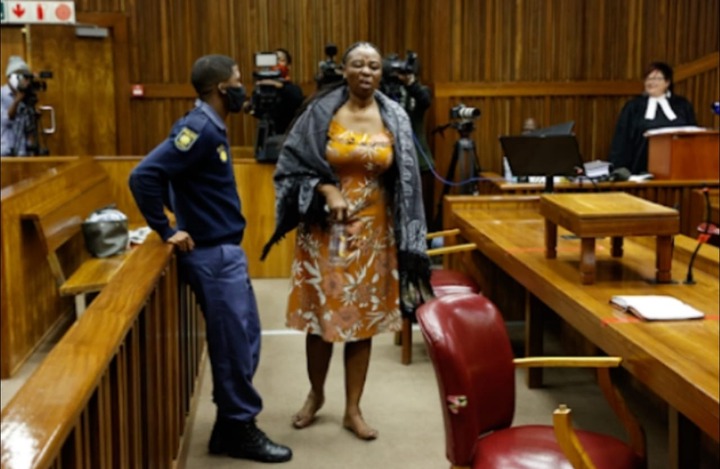 More speculation suggests that her traditional healer advised her not to change her clothes; which is; an orange flowered dress; accompanied by a scarf over her shoulders.

Ndlovu has performed so much in court; changing hairstyles; facial expressions and giving different types of body language; and acting like she's feigning ill. Sometimes she seemed like she enjoyed being under the spot light. Many memes of her have been created on social networks. 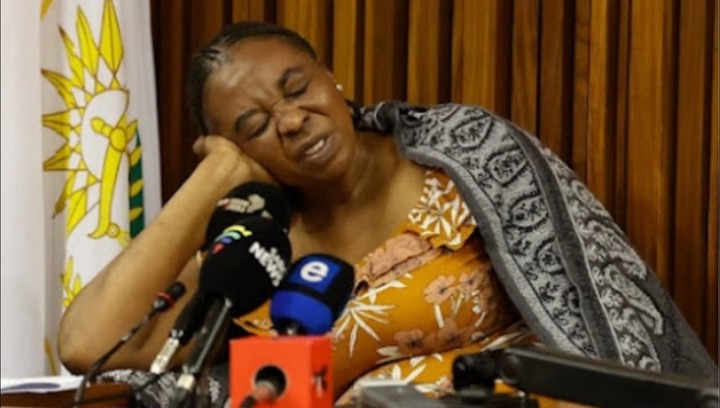 One of her victims who died on 14 October 2015; was her boyfriend Maurice Mabasa; ironically her day in court last week 14 October 2021; coincided with the anniversary of Mabasa's death on; 14 October 2015.

Mabasa's brother testified that he (Maurice) and Nomia's relationship was very tumultuous; so much so that he would forego sleeping at their rented home in Clayville and chose to sleep in his car.

Mabasa would later be found dead with 80 stab wounds; this overkill was a definite giveaway that; his death was very personal; especially because police had found his wallet with his cards still on him; excluding any possibilty of a robbery.

Before Mabasa's passing he had survived two assassinations; allegedly masterminded by Ndlovu. During the first attempt; he was asked to bring more nappies for the baby; Ndlovu and their baby were in hospital.

Mabasa packed everything and walked out as he got outside to get into his car; he was met by a gunman who immediately began shooting at him; luckily the gun jammed and Mabasa was able to run into the house.

During the second attempt the bed and room caught fire while he was in it with the baby; Ndlovu was also in the house on that day; but in another room. There were bottles of petrol placed under the bed. Who does that?

Ndlovu will be third time lucky when Mabasa was stabbed 80 times and killed. 5 people including Ndlovu's sister and relatives will also die for her insurance payouts; making it a total of six people who were killed for her gain.

Ndlovu told the court that her baby died in 2017; it is unclear how the baby died; but it's death is still under investigation.

She was about to eliminate 6 more when her con was exposed by her hitman who got tired of being ordered to kill people by Ndlovu. These were her own sister and her five young children.

All the money which is estimated at millions; that Ndlovu received; was never going to be enough for her because she is an avid gambler; who gambled at Emperor's Palace; in Kempton Park; east of Johannesburg.

On Friday; 22 October; Ndlovu will finally hear about her fate; in a case where prosecutors have advised the judge to find her guilty as charged of all six murder charges including fraud and masterminding crimes for her personal gain.

Ndlovu was always the first to be called when someone died because she made sure that she was the beneficiary in all the policies she took out using her family and her close acquaintances's names.