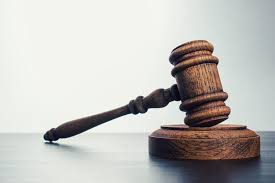 The court reportedly awarded a teenager R5000 out of the R1.2-million that he had sued the Police Ministry for being detained and allegedly asaulted .In accordance to the report , the teenageer who was 14 when the incident took place got handcuffed and detained in the police vehicle .

It was reported that the incident took plac in 2017 when police made their way to the teenager´s home to question his father and a certain friend regarding a business robbery that had taken place .In accordance to what Thabang Skosana said , he alleged that the three of them got assaulted and questioned regarding the whereabouts of a gun .

Thabang alleged that he was handcuffed and put at the back of the police van .Police on the other hand denied the claims that were made by Thabang and said that Thabang had got into a fight with his father´s friend .It had allegedly been after his father´s friend had confessed to having committed the robbery and implicated Thabang´s father. Police claimed that Thabang´s arrest was meant to stop the fight .It is then that Skhosana sued police more than a million rand for the arrest and alleged assault .