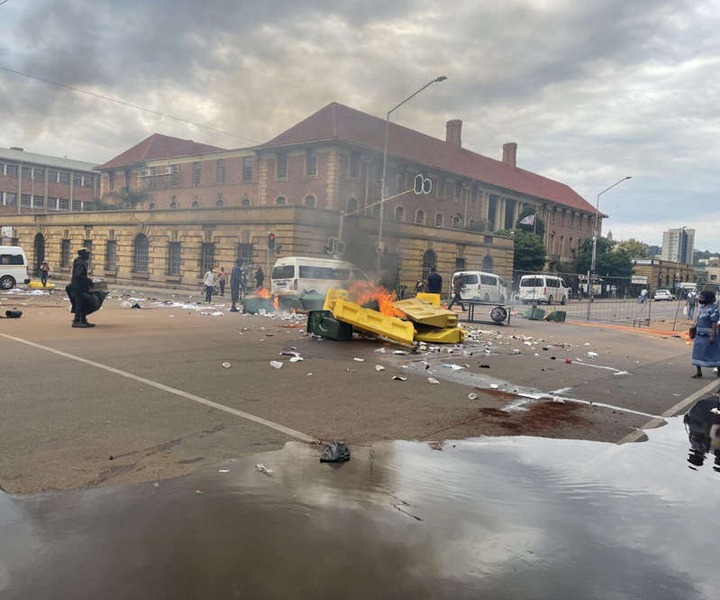 There were scenes of rebellion in the city of Pretoria on Friday evening, as dissenters in the CBD caused tumult. A few of the most active roads in the city were influenced by the exhibitions, which saw certain individuals light huge fires and dump immense amounts of waste from waste vehicles onto the street.

The inspiration of the dissenters is connected to laborers' privileges, and there were admonitions to keep away from Dutoit, Madiba, and Church Streets prior in the day. The edge of Bosman and Pretorius Street likewise played host to unpalatable scenes.

Tshwane Municipality to make a court move against demonstrators

We have since discovered that the #TshwaneStrike activity is being driven by displeased SAMWU individuals. The gathering, pursuing compensation increments for metropolitan specialists, has disregarded cancels to ease on Friday.

That has since incited the City of Tshwane to seek after an earnest court forbid against the fights, which authorities guarantee are just set up to 'disturb administration conveyance in the city'. The accompanying assertion has been given by the district, which has blamed SAMWU for damage:

"The city's lawful group will get a pressing forbid against the SA Municipal Workers Union (SAMWU) in Pretoria, after individuals from the association upset assistance conveyance and intruded on administrations across the region."

"It is frustrating that, regardless of the city reacting to issues raised by SAMWU on wage builds, that a few individuals rather selected to upset crafted by the city. This is an unlawful work activity, and it is plainly a political demonstration. We will accordingly be moving toward the courts to challenge this lawlessness."

'South Africa To Remain On Level 1' Inside Sources Reveal

Don't allow him to fool you, 8 things men do when they want to end a relationship with ladies.

South Africans are warming up for tonight’s family meeting.

SA To Remain On Level 1, No Major Changes To Restrictions - Here's What You Need To Know

Here is what to expect from Ramaphosa's address tonight, read more here.