The court has appeal, Bloemfontein, Free State, found in favor of the children who objected to the appointment of Silo, and approved the appeal of the decision on the will dispute. 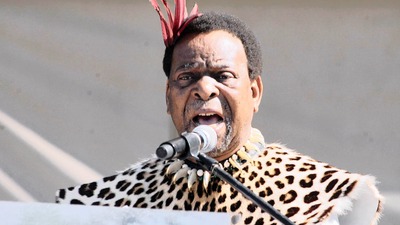 The story originates from the will of the King who bowed down to Zwelithini of Bhekuzulu.

KwaKhethomthanyou's children, Prince Ntandoyenkosi Zulu and Prince Ntombizosuthu Duma, had filed a case in court claiming that their father's will had been forged.

The matter was heard at the High Court in Pietermaritzburg, but Judge Isaac Madondo rejected it, and he filed an appeal against the decision.

The Sun on Sunday has court documents indicating that the appeal has been approved.

The court decision came out on Friday.

This happened just as the Zulu Royal Family was busy preparing for the entrance ceremony of Zwelithini's King Misuzulu into the fold.

The court's decision may have an impact on the coronation of Silo Misuzulu of Zwelithini.

The spokesperson of the Royal Family, Thulani Zulu, said that he is asking to be given the opportunity to read the court documents before answering.

The Newsroom Afrika news channel spoke to Shalo Mbatha who is in the Silo office, he said that everything is going on as long as there is nothing stopping the Silo event.

The event is expected to be attended by crowds of people at Khangelamankengane palace, Nongoma.