In the wake of Zondo's appointment, Justice Maya has finally spoken out.

By Deejah (self media writer) | 3 months ago

Justice Raymond Zondo was appointed as the new Chief Justice by President Cyril Ramaphosa last week, causing a flurry of media coverage. Some people, including EFF members, were hopeful that the country would have a female Chief Justice when Zondo was appointed, and his appointment sparked debate. Julius Malema, the leader of the EFF, was convinced that Justice Mandisa Maya was going to resign from her post. 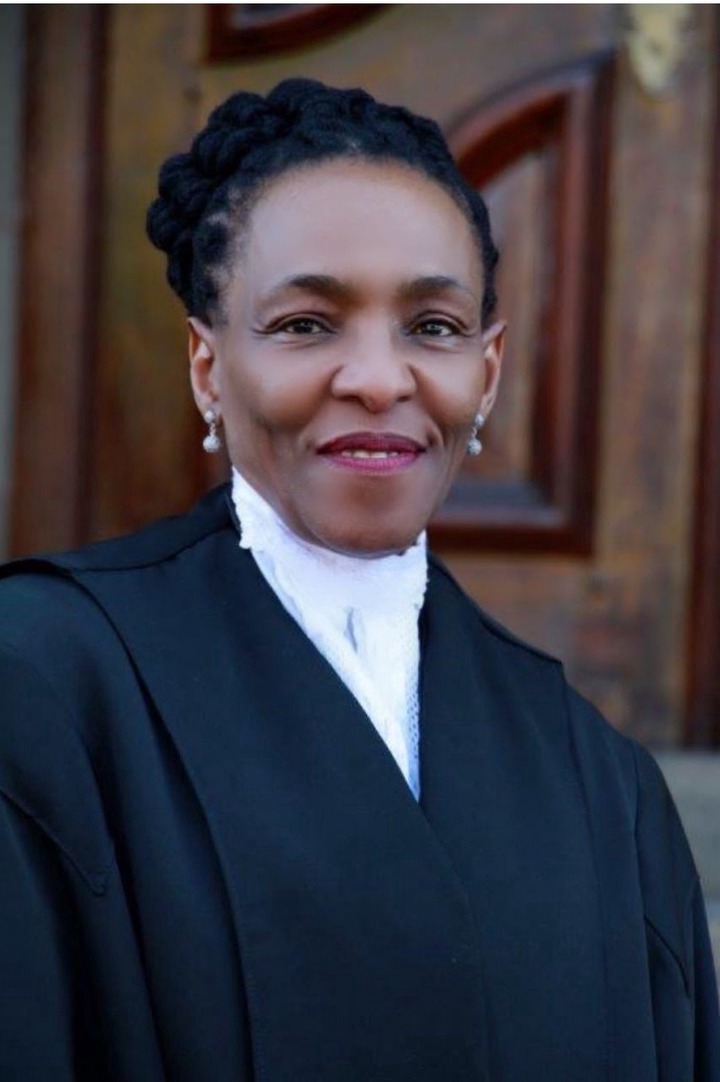 Justice Mandisa Maya, President of the Supreme Court of Appeal of South Africa, has finally spoken out after remaining silent for a few days following her nomination. To Deputy Chief Justice Raymond Zondo, Maya has expressed her heartfelt congratulations.

Maya has offered her full support to the incoming Chief Justice, and she has stated that she is committed to continuing to collaborate with him in the exercise of judicial authority in a statement released by her office. Zondo has earned Maya's "complete trust" as "a leader in the judiciary," and she is confident that his contribution "will strengthen and move the South African judiciary forward," according to Maya. 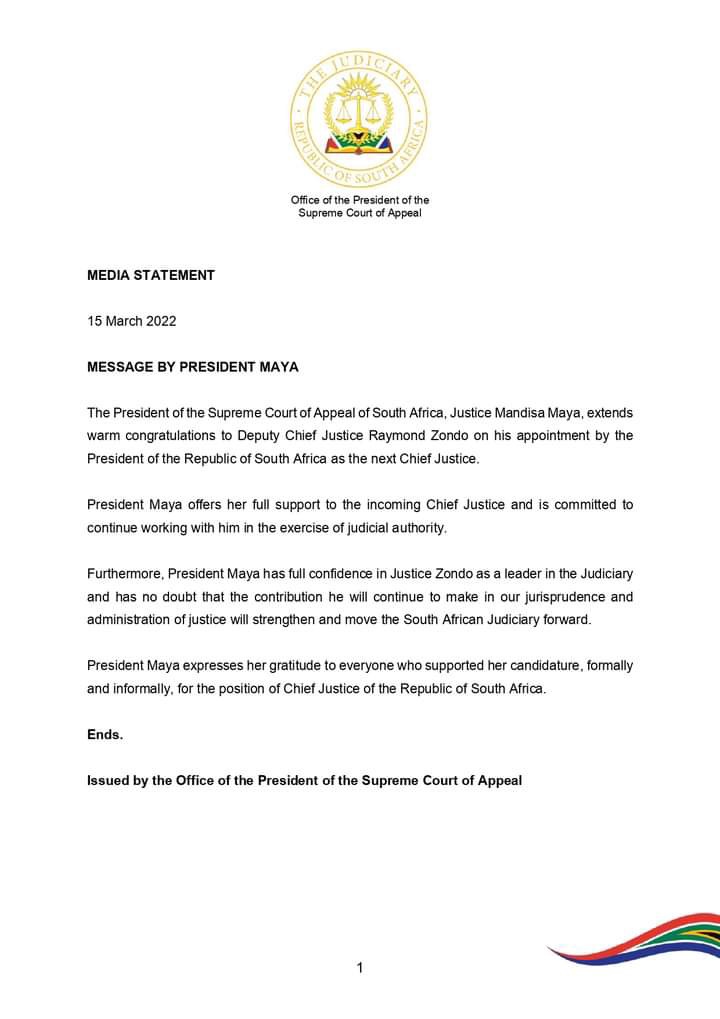 In order to eliminate all negative possibilities, this is an admirable and noble act. She was singled out for special consideration because she challenged the very position for which she was singled out! President Mandisa Maya, you have shown true leadership and shown no signs of bitterness. We are proud of you!

Nevertheless, why issue a press release? What do you think? Aren't they coworkers who can simply call one another and express their congratulations? Why this had to be done five days after the event and through a media statement is beyond me. If Julius Malema does not destabilize the system again, Justice Mandisa Maya will be appointed Chief Justice in two years. In order to avoid being removed from her position as Chief Justice, Justice Mandisa Maya must exercise caution when dealing with individuals who use her as a political pawn. To be sure, Ramaphosa has stated that he will nominate Maya as Zondo's deputy, subject to another JSC interview process, which must be taken into account. Given that Zondo will only be in office for two and a half years before his term expires, Maya will be the frontrunner to succeed him if he is not re-appointed.

Content created and supplied by: Deejah (via Opera News )