By DissentingVoices (self meida writer) | 2 days 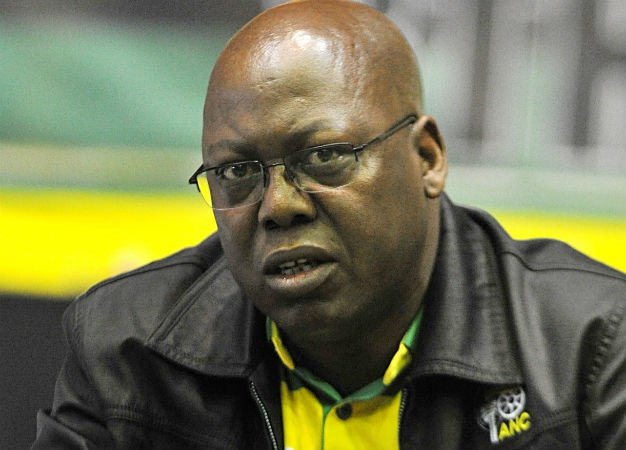 African National Congress heavyweight in Kwa-Zulu Natal, Mike Mabuyakhulu and 15 others involved in the R28 million corruption case are back at the High Court in Durban.

The ANC heavyweight is accused of approving the payment R28 million into various accounts for a Jazz festival, which never took place.

This scandal happened during the time he was the Economic Development MEC in the province. 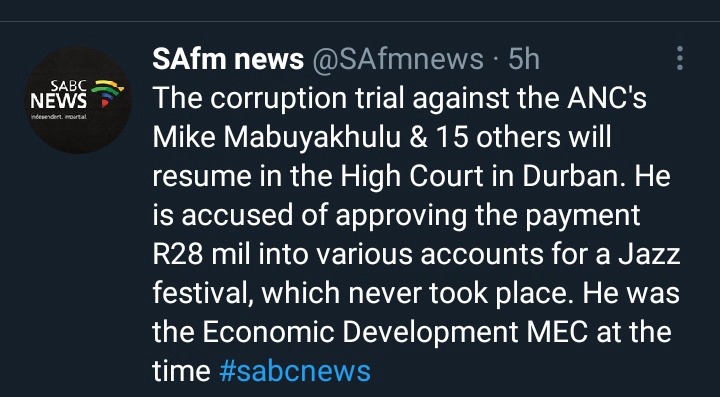 Mabuyakhulu and 15 co-accused are facing charges of theft, fraud and corruption over the North Sea Jazz Festival which was planned to take place in 2012 during his tenure as MEC for Economic Development and Tourism. The R28 million event that was set to be hosted in Durban did not take place.

The Durban High Court Judge however raised eyebrows after he issued a directive that only people who had been vaccinated against COVID-19 or who could provide proof of a negative COVID-19 test result would be allowed to attend the court case involving the KwaZulu-Natal ANC deputy chairperson and former MEC, Mike Mabuyakhulu.

This directive caused quite a stir, with advocacy group Right2Know saying it had picked up a number of instances where people were coerced into getting vaccinated against their will, sometimes with overt threats of employment termination.

According to communication records from the High Court, the message was sent out on Wednesday, September 8, urging those who wanted to attend the trial to provide proof that they had been vaccinated. The notice also stated that those who had not been vaccinated, but who wished to attend the trial, should provide evidence of a negative COVID-19 test.

Right2Know’s Busi Mdakane said while they were still contenting with the issue of vaccination, they were worried about the emergence of such instances where the court is indirectly making it mandatory.

"We have heard of companies that tell their staff to get vaccinated. But this one of the court judge is a bit worrying because the court is a public facility owned by the state," said Mdakane, adding that they would continue to monitor developments on whether this would be limited to the Durban High Court.

The corruption trial of the KwaZulu-Natal ANC Deputy Chairperson, Mike Mabuyakhulu and 15 others resumes at the Durban High Court after three business entities made an application to have their charges withdrawn. 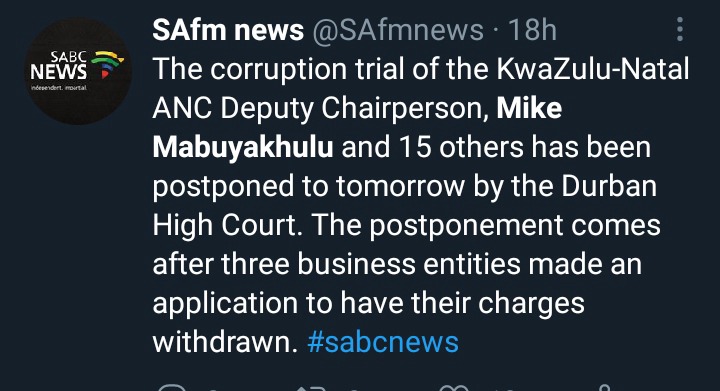 Another Top Journalist has died, SANEF Confirms the sad news

'This Is What Was Spotted At A Graveyard

Apply for the UIF today to get paid soon