By Romeokat3 (self media writer) | 6 months ago 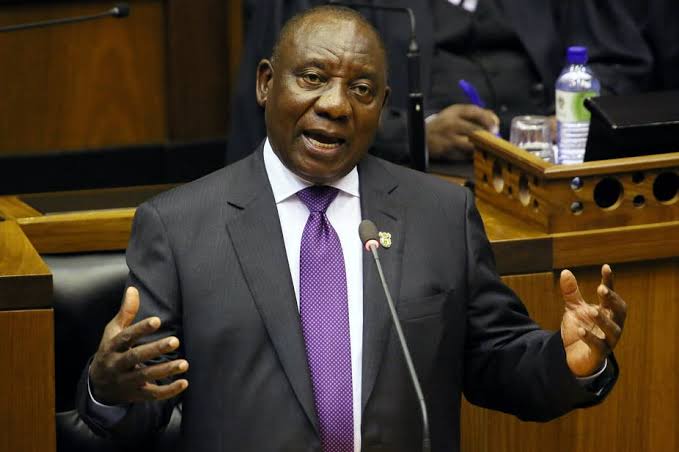 Passes judgment on Narandran "Jody" Kollapen and Rammaka Steven Mathopo have been designated as Judges of the Constitutional Court by President Cyril Ramaphosa.

Ramaphosa's office made the declaration on Friday.

In an assertion, the Presidency said: "Judges Kollapen and Mathopo have distinguished lifetimes in the lawful calling and the Judiciary."

Following those meetings, Ramaphosa got the names of shortlisted applicants according to the suggestion of Acting Chief Justice Raymond and the names included Justice B Molemela, Justice R Mathopo, Justice F Kathree-Setiloane, Justice J Kollapen and Justice B Vally.

The Department of Justice made a proper accommodation to the Presidency comparable to the JSC's proposal.

The Presidency then, at that point, gotten the accommodation on December 21 wand the proposals were reduced to two names.

Kollapen, who was the director of the South African Human Rights Commission, additionally filled in as judge of the Gauteng Division from 2010.

A portion of the cases he has managed incorporate Eskom's application to have the National Energy Regulator of South Africa's (Nersa's) dismissal of its income application put away as nonsensical and unlawful just as the SA Citizenship Act.

Judge Mathopo, then again was delegated as an adjudicator, additionally in the Gauteng Division of the High Court, in 2006 and was raised to the Supreme Court of Appeal in 2015.

"The President wishes Justices Kollapen and Mathopo well in their new job," the assertion read.

Both Kollapen and Mothapo will expect their jobs from January 1.

Content created and supplied by: Romeokat3 (via Opera News )