A multi month 'reign of dread' in 2017 saw three Boko Haram gangsters condemned to 128 years detainment each in the Polokwane High Court. 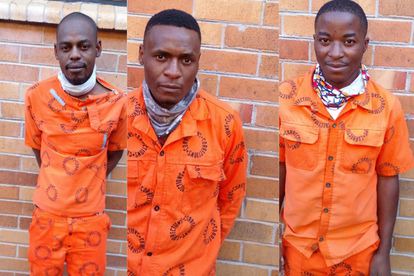 Three individuals from the Boko Haram posse got heavy sentences in the Polokwane High Court for a progression of wrongdoings they carried out among September and October 2017, on Tuesday, 28 June.

Ndou Lukase Rembuluwani, 29, Ndou Ben, 29, and Khoza Small, 28, are important for the neighborhood posse that named themselves after the mainland dread gathering, Boko Haram.

As per the police, the gathering threatened networks in the Seshego and Westenburg areas of Limpopo by carrying out violations that included homicide, endeavored murder, ownership of unlicensed guns and ammo, housebreaking with goal to burglarize, burglary with irritating conditions, malevolent harm to property, robbery and house burglaries as well as repudiating movement regulations and being in the nation wrongfully.

The "rule of dread" the three blamed were captured and condemned for went on for a very long time, said South African Police Service (SAPS) representative Brigadier Motlafela Mojapelo.

Rembuluwani, Ben and Small were captured on Friday, 20 October, following an endeavored theft that saw one of their assistants shot and killed.

Upon the arrival of their capture, the suspects sent their lady friends to the medical clinic to check assuming their assistant was conceded - they ran away from the burglary area where he was injured and were ignorant that he had passed on.

The medical clinic warned the police, who utilized the lady friends to find the blamed who were stowing away in Seshego. Taken property alongside weapons and ammo were recuperated at the concealing spot and the men were connected to additional violations.

The Polokwane court condemned every one of the Boko Haram individuals to a powerful 128 years detainment each and proclaimed them unsuitable to have a gun.