By NewsReaderSA (self media writer) | 4 months ago 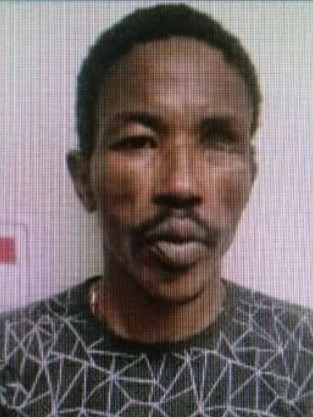 CITY OF CAPE TOWN IS FACING CHARGES OF THE DEATH OF DUMISANI JOXO, WHO WAS LIVING ON THE STREET

The City of Cape Town’s unchecked and escalating levels of violence towards vagrant people came to a head on Sunday 9 January 2022 when a member of the City’s Law Enforcement unit shot Dumisani Joxo in Rondebosch.

Dumisani, a homeless Xhosa man who lived in a tent on Chester Street, stepped outside his tent to relieve himself, little did he know it was his last day when he was shot in the mouth by a City of Cape Town Law Enforcement officer Luvolwethu Kati. Kati, who was part of the Law Enforcement team doing their regular morning check up on the community, saw an open fire made by one of the community members and requested the fire to be extinguished. At this stage the officer had already armed his firearm. The person refused to extinguish the fire and said that they needed the fire to cook breakfast. The Law Enforcement officer is alleged to have kicked over the pot intended to cook the pap when a scuffle broke out, ending with Dumisani’s death.

It has been brought to our attention that the new Learner Law Enforcement Officers in terms of the City’s LEAP programme will be equipped with firearms but will only undergo training for six weeks with the firearm training being a mere three weeks. This brings into question whether Kati had been trained to deploy alternative means instead of using his firearm and opening fire. It further brings into question whether the Safety and Security Directorate provides trauma-informed training before deploying their officers to work with people living on the streets. 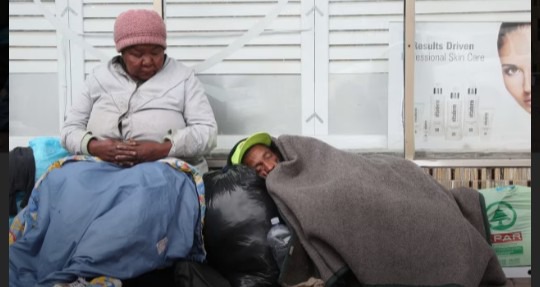 Four days prior to this incident, Dumisani was brutally assaulted by members of the South African Police Service for no apparent reason. He had a broken rib at the time of his death.

“If you have a structure that is armed, the law tells you how it is established. If the structure was legitimate, the premier would have given me the documents”.

Outraged members of the Chester Street community are demanding justice for Dumisani and requesting that the City:

Hold the Law Enforcement Officer accountable by effecting his immediate suspension and doing a thorough investigation into the incident;

Conduct a comprehensive investigation into the Law Enforcement Unit in relation to its legislative basis, the training of its officers, and the existence of an oversight mechanism;

And ensuring that Dumisani’s body be taken to his family in the Eastern Cape where he will be laid to rest.

Dumisani Joxo was originally from the Eastern Cape. His neighbours describe him as a leader and father for his community. If someone needed a place to stay, he would take them in. He was also an excellent cook, and if someone needed something to eat, he would give them his last food.

“He will be very missed, he was very loved and there will be no one who can replace him,” said Christin Coleridge, partner of Dumisani. 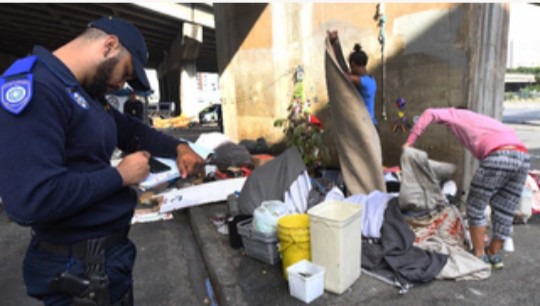 Dumisani leaves behind his community in Chester Street, his family in Cape Town, his partner Christin, his son, and mother in the Eastern Cape.

“The City is guilty of using excessive force to address a by-law offence. To use a loaded fire-arm to threaten someone to extinguish a small fire used for cooking, is a disproportionate and irresponsible response. It is unacceptable that the City’s Law Enforcement be allowed to continue its work without urgent and drastic intervention, and for all those guilty of this heinous and cruel loss of life to be held to account. We demand justice for Dumisani Joxo,”

Murder accused Officer Kati appeared at the Wynberg Magistrate’s Court. Kati was released on bail of R1000 and the matter has been postponed to 12 April 2022. Our team will record the court proceedings.

Do leave your comments below.

Content created and supplied by: NewsReaderSA (via Opera News )