An Indian community is Phoenix is asking that all the accused people in the infamous Phoenix Massacre be freed, saying that they are heroes. They are chanting that they want their heroes to be freed. This is coming after some aggrieved families said that they want justice for their massacred loved ones, saying that some of those who were killed are not all looters. They carried placards asking that the authorities release their heroes to them, saying that they were only defending themselves and their businesses. After observing the peaceful demonstration of the Indian community asking for the release of their so-called heroes, a black South African lady said, "At least, unlike us, they know who they are, who they stand for, and who they'll forever be against". She further lamented that whereas these people are so United together, Black people are against each other. 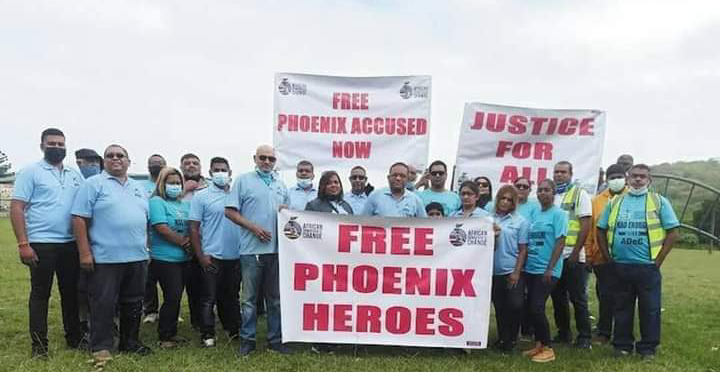 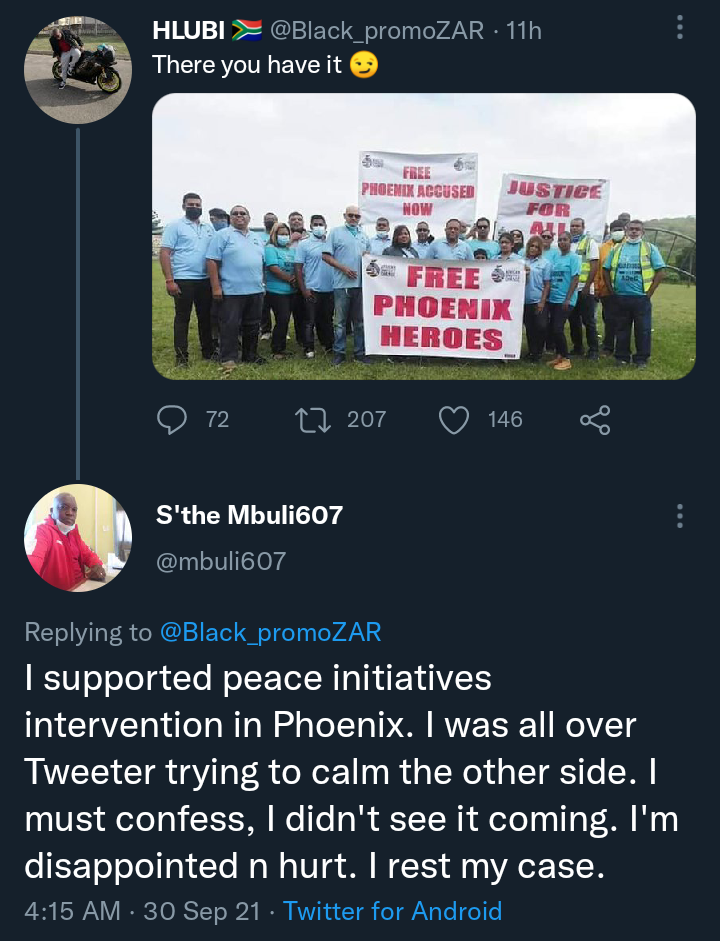 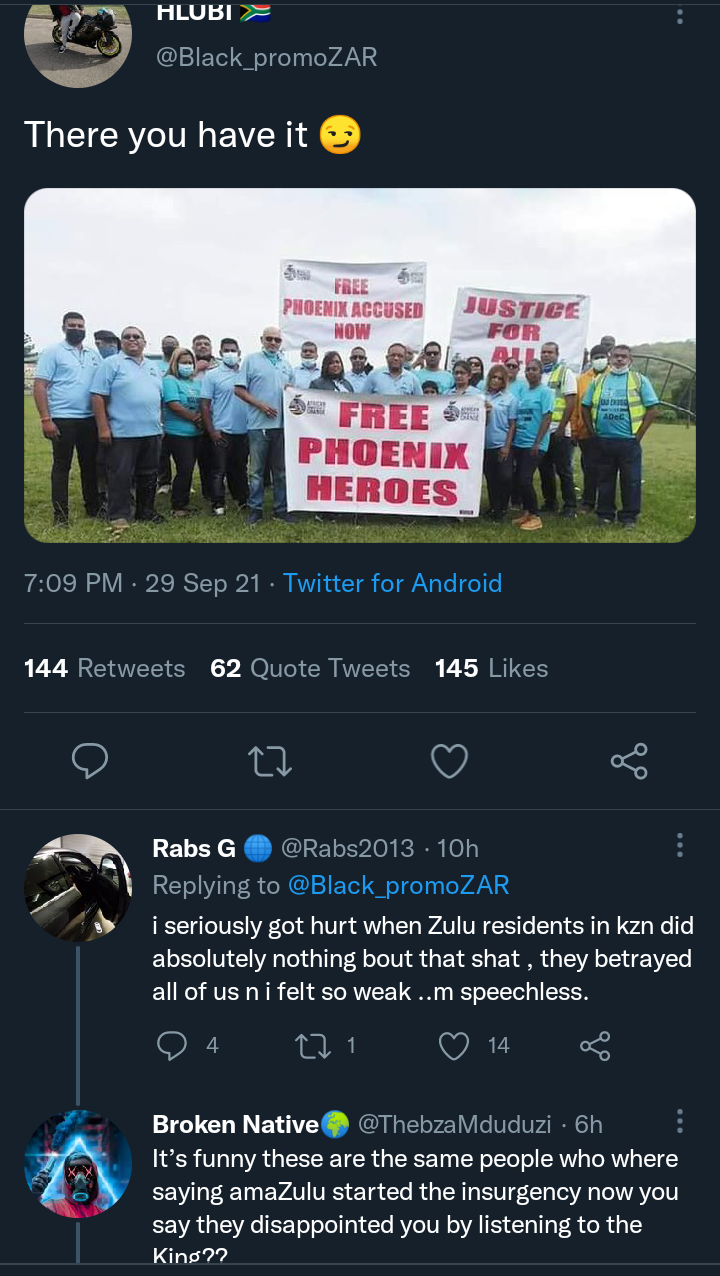 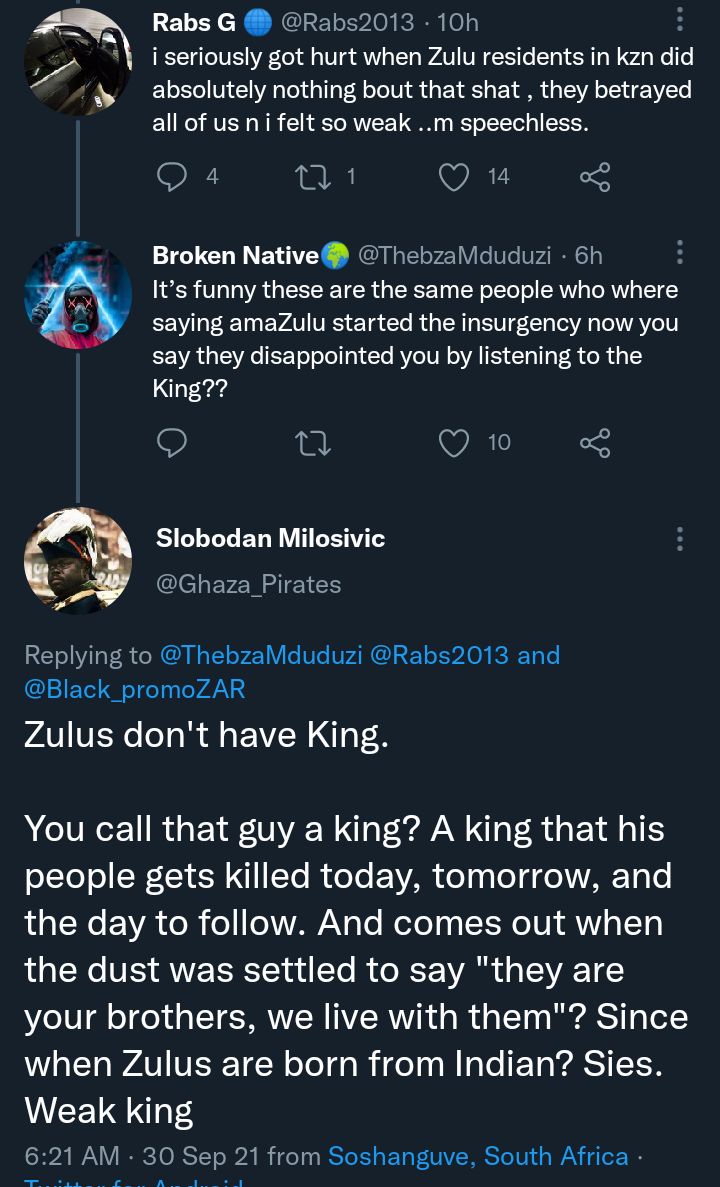 Another South African lamented that despite shooting some people, these Indian community want the arrested people to be freed when more people ought to have been arrested. He noted that people died and the matter is already in court, declaring that no one must be Freed unless they are found innocent of the crimes for which they are in court. Another Lady wrote on Twitter, "The matter is in court, people died and it's on record but these indians have guts to call them heroes. I hope it's not what I think it is. The ANC has failed KZN Peoples. This is an insult “hero’s” and no one not a single person said you can’t call people who killed another hero’s". It is said that they will continue to demonstrate peacefully until their heroes are freed, as they believe that they were not murderers but they were merely defending their lives, businesses, homes and sources of livelihoods. 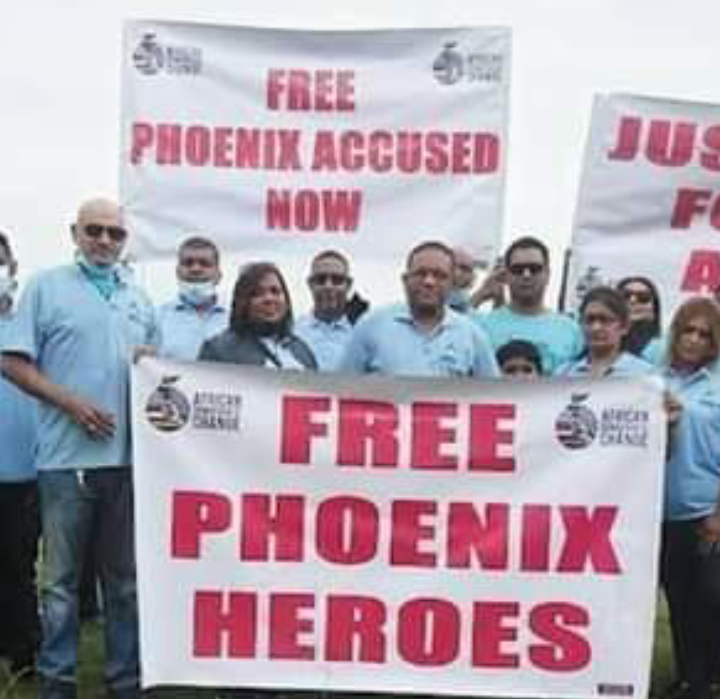 Other people who spoke on the issue said that a peacefull resolution is better, advising that the government must bring all the stakeholders together to stop further breakdown of laws and orders. One lady advised, "I supported peace initiatives intervention in Phoenix. I was all over Tweeter trying to calm the other side. I must confess, I didn't see it coming. I'm disappointed n hurt. I rest my case". However, the case is still in the court of law.

Sentenced To 105yrs In Prison, He Escaped 13 Times, Meet The Most Intelligent Prisoner In History