Accused of hom Gavin Manuel was accused with the murder of his 19-year-old girlfriend Elene Lino. 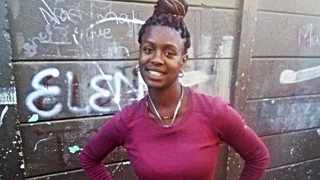 Candice Baartman, Lino's sister, found her half-naked body in a wheelie bin on Olga Street in Manenberg. Her neck and back were stabbed repeatedly.

When Baartman returned home, he discovered the accused digging through the garbage and littering the yard. Baartman then observed Manuel's bloody clothes.

Manuel informed her he had been beaten by two men earlier. Meanwhile, Baartman walked into her house and noticed a lot of blood. She yelled after Manuel, but he fled. 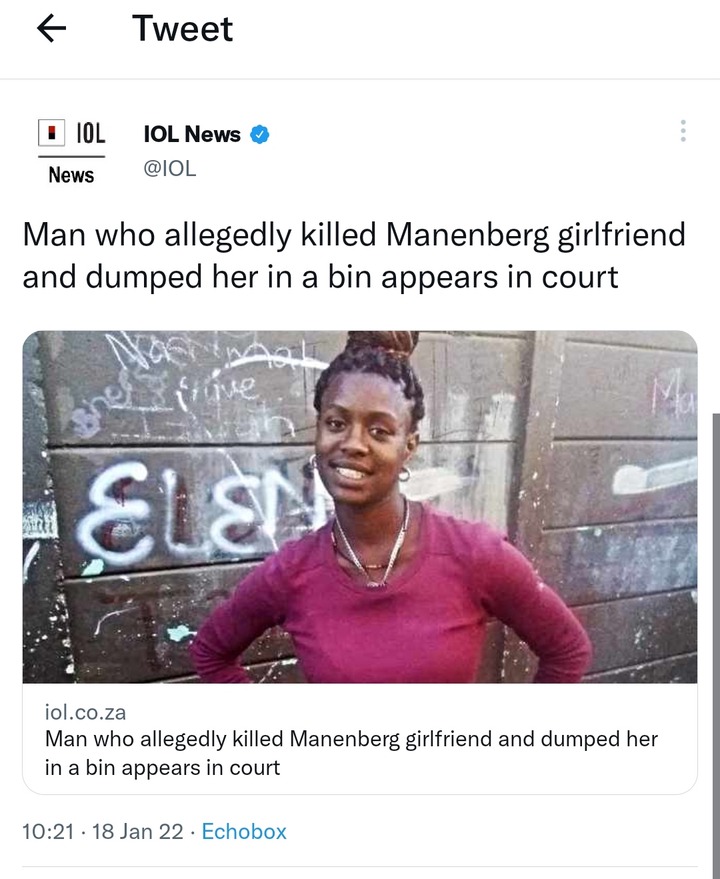 Metro police nabbed Manuel on an anonymous tip on January 14 in Mitchells Plain. Baartman and another witness later recognized him from a picture.

Outraged by the murder, members of the Manenberg community contacted Manuel's family, seeking information about his whereabouts.

“We hope the system sees that people are frustrated and don't care anymore to commit crime to achieve justice,” said Roegshanda Pascoe of Manenberg.

“Our children get lost in the system because it's flawed,” Lino said. We can't dispute that our young females date older men for financial security and stability.

“People are outraged; I'm pleased the cops arrested him; he was suspected of two prior rapes and only now emerged. “The community is outraged with him, but it is also angry at the State for allowing him back on the street,” he added.

The State requested a postponement until January 24. Manuel will be held.

CONFIRMED || Hillary Gardeee Was Killed By A Foreigner, RIP