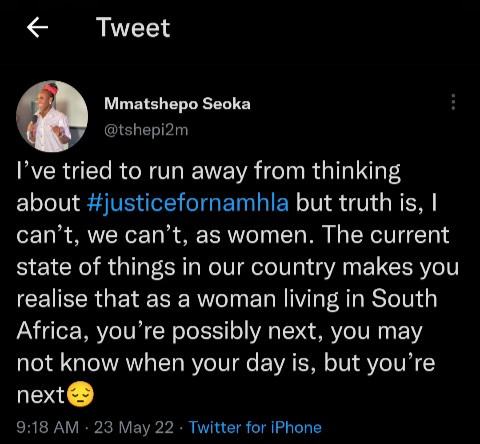 The news of Namhla's death has been the only thing that people talk about, social media has been going crazy on why her accused was even granted bail to begin with.

Prior Namhla's death, Namhla suffered an insurmountable abuse from her boyfriend, Major and when she tried to leave the relationship after she could no longer take it, she was shot nine times.

People has been dragging Hillary's death in Namhla's and saying, Hillary's murders were found within 72 hours yet for Namhla's killer it has taken a month and still the accused is still roaming the streets.

" I have tried to run away from thinking about #JusticeForNamhla but truth is, I can't, we can't as women. The current state of things in our country makes you realise that, as a woman in South Africa you are probably next, you may not know when your day is but you are next", one wrote.

People have noticed that men who are part of ANC has been accused of these despicable crimes. 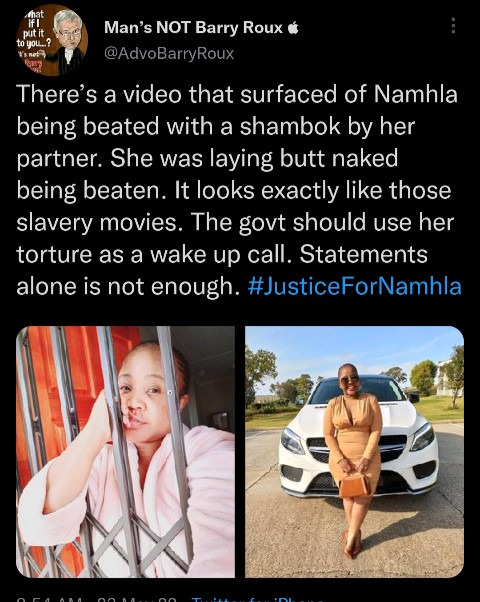 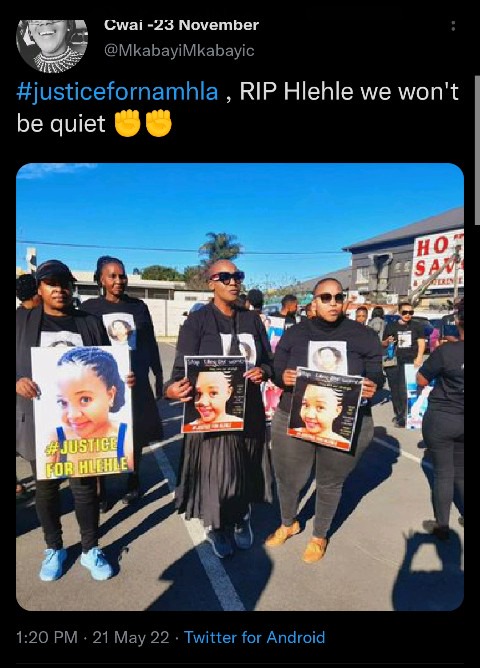 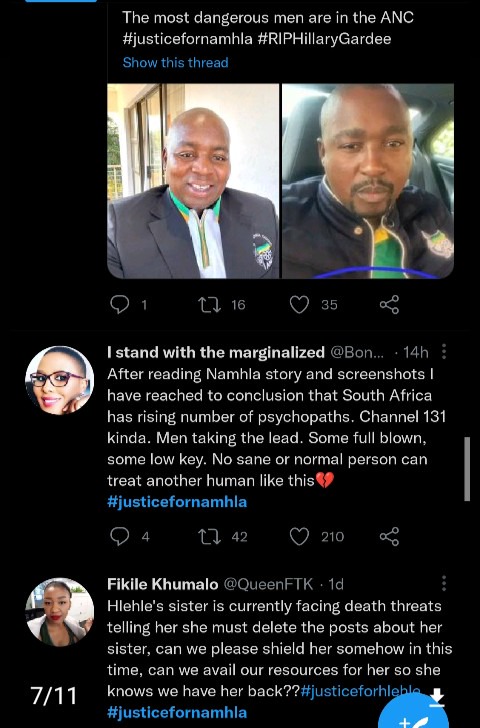 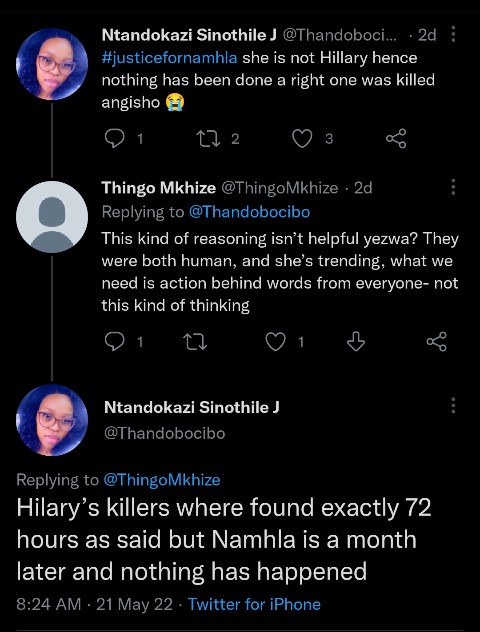 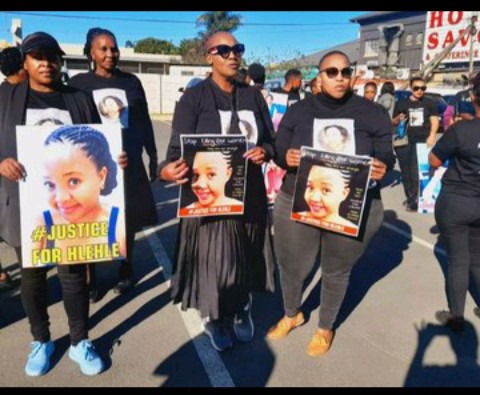 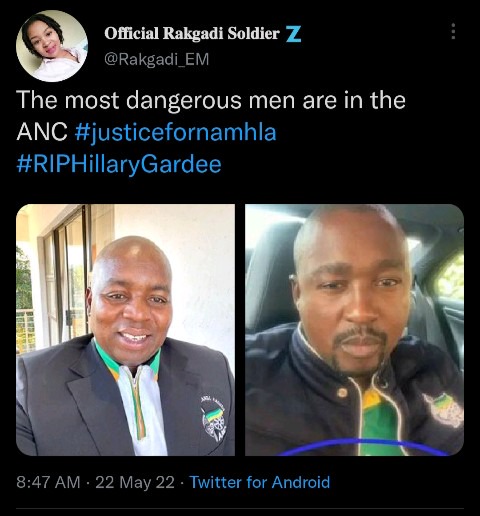