Malema Weighs In On R1 Billion Lawsuit Against Cyril 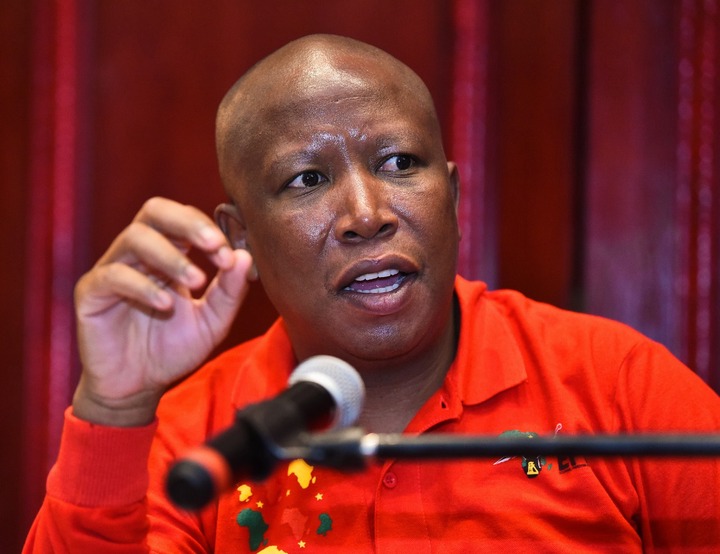 Economic Freedom Fighters leader Julius Malema has weighed in on the matter which advocate Dali Mpofu is representing 328 people affected by the Marikana massacre.

Malema says he supports the application to have Johannesburg High Court Judge Colin Lamont recuse himself from presiding in the R1-billion lawsuit brought against President Cyril Ramaphosa and mining company Sibanye Stillwater.

The application has been brought before court by Advocate Dali Mpofu, who is representing 328 people affected by the events that unfolded in August 2012 at Marikana which left 34 miners dead. 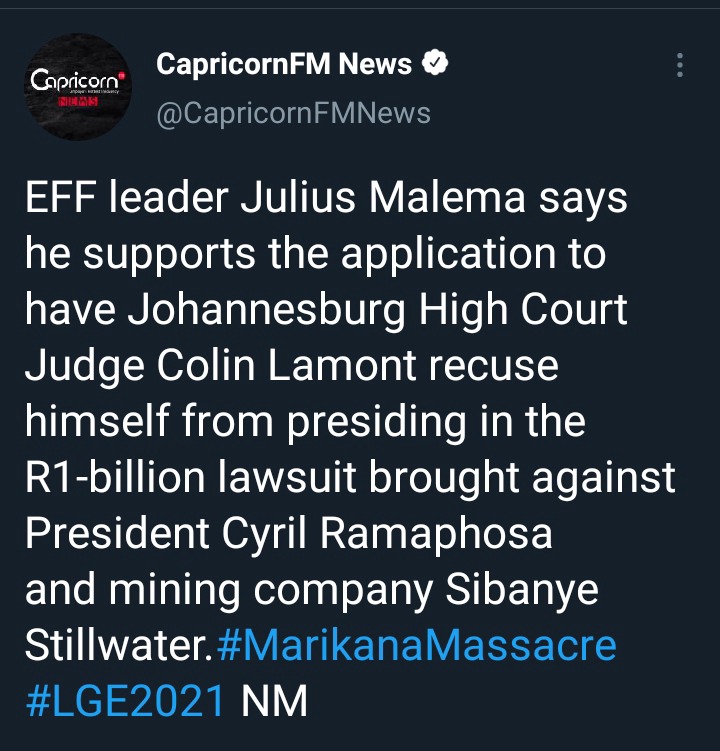 According to Mpofu, Lamont allegedly disclosed and sold his R200 000 shares, 20 days after he was given the responsibility to adjudicate the case.

Mpofu said that a day after Ramaphosa sent the email which stated that the case of protesting miners was not a labour matter, but just plainly criminal acts, 34 mineworkers were gunned down in Marikana in the North West, while Dozens of others were wounded and about 280 workers were arrested.

Mpofu said that while R200 000 shares may seem insignificant to Lamont, the case involves applicants who were earning as little as R4 000 and died asking for R12 000.

"If instigators of the looting and violence can be brought to court, how much more should Ramaphosa be brought before the court," said Mpofu while explaining that this was relevant even as the claims could be proved or disproved in trial.

Cyril Ramaphosa who is represented by Edward Nathan Sonnenberg, argues that his communication and emails did not constitute actionable incitement or wrongful conduct which led to the massacre of 34 mine workers.

Dali Mpofu however maintains that they are suing shareholders and Ramaphosa happened to have been one of the shareholders when Marikana massacre took place and is liable for what happened.

Julius Malema has also made it clear that he will not accompany Ramaphosa when he visits Marikana widows as pressure is mounting on him to do so after so many years of empty promises. 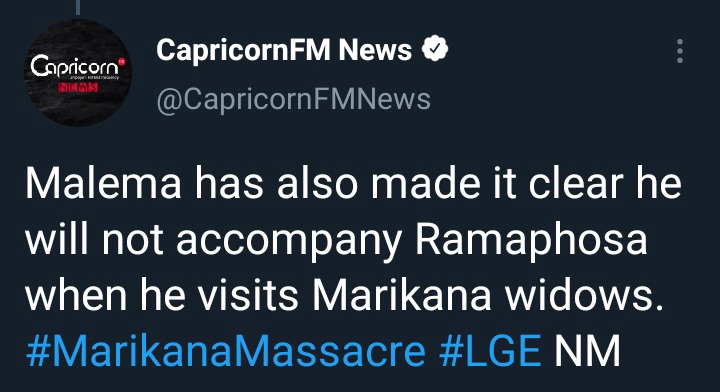 Sundowns Are Known To Be Among The Biggest Spenders In Africa?