By XoliswaKubheka (self media writer) | 18 days ago

Sawbona Mongameli His Excellency Cyril Matamela Ramaphosa. I have a sense of foreboding about the state of our judiciary, or rather its future.

Mr President I still haven't recovered from the shock that Ad Busisiwe Mkhwebane "uBabes wama Remedial Actions," and the Zuma Acolyte. Judge president of the Western Cape High Court division John Hlophe, made the shortlist for the vacant post of chief justice. Both Hlophe and Mkhwebane are busy fighting off the parliamentary processes of impeachment against them.

There must be something in our "Corpus Juris" that prevents the appointment of these two Jurists in any position that requires them to advance and protect our constitution.

I infer that they are both not "fit and proper" jurists to enter the hallowed chambers of there Apex court, let alone act in the position of Chief Justice.

Mr President, I almost jumped out of my skin when news broke that two of South Africa's most internationally renowned legal Minds. Judge David Unterhalter and advocate Alan Dodson, have been rejected by the judicial service commission (JSC) as likely Justice of the constitutional courts because wait for it they are white males.

In my circles, Mr President, I tell anyone within the earshot that I do not like white men's. But my displeasure with them is over a minor matter of my favourite species white women.

I can explain, Mr President, but my attention will take action against me for acting "ultra vites", using this column for frivolities. But, I disgress.

One of our constitution luris principia (legal principles) is equality and freedom to freely choose one's trade occupation or profession.

At the heart of the constitution, which 25 years old this year, to heal the divisions of the past and establish a new Society based on democratic values, Social Justice and fundamental human rights.

Our constitution and drawings us to build a new South Africa that belongs to all who live in it, United in our diversity.

Thus, my metaphorical Lord, I submit before you that it is an antithesis of our values as a constitutional democracy t to put the glass ceiling on the inspirations of white males purely based on their race.

If we are to heal the wounds of the past, we must, as a matter of principle not personal whims, allow the rat judiciary, boards of corporate SA and all strata of society to reflect the diversity of our populace. This country needs a battalion of men and women of integrated form from the diverse pot of our citizens who are prepared to defend and advance the value of our constitution. Ufortunately for the race betting more this includes white males. Unfortunately for the race-baiting mop, this includes white males.

By its very nature affirmative action seeks to repress ( make amends), not replaced at the expense of the other races.

It is about affirming those who suffered under the apartheid regime not punish those who live in the post-apartheid constitutional order for the sins of their forebears.

At the rate the JSC is going two decades, we will be forced to have an affirmative action just for white males in the Judiciary and elsewhere.

We don't want our country to be overrun with aggrieved citizens based on the administrative missteps of our present rulers. Not only it is unsustainable but I dare say it is also unconstituonal to prevent stable qualified white nails to advance their careers.

Mr president I'm hoping mad at the race baiting by the Democratic Alliance (DA). The DA posters, which read "The ANC called you racist". and "The DA calls you Heroes went up on Monday in Phoenix, where 36 people (mostly black) were either shot or hacked to death during the Zuma July riots.

At least 36 such (most Indians) have been arrested for murdering spree. It is in our best interest as constitutional refrain from allowing our racist emotions to guide party politicking standards.

Thus the DA posters are nothing but a shameful attempt to gerrymander the local government election results.

It must be said that the DA's posters are distasteful and frankly below-the-belt if not short of title acceptable liberal principles of politicking.

They have desecrated the grades of fellow South Africans for a seat of the gravy train. Despicable!

Till next week my man, "Send me now here near the DA or JCS". 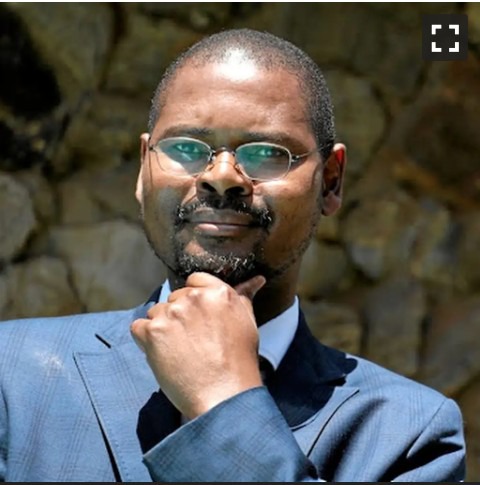