A picture of former Ukhozi FM DJ Ngizwe Mchunu being protected by heavily armed female bodyguards outside the court has surfaced on social media platforms. Apparently, Mchunu briefly appeared in the Randburg magistrate's court on Thursday. And according to some reports, the incitement of violence case against former Ukhozi FM DJ Ngizwe Mchunu has been postponed to January. It is reported that the case was postponed to January 31 for a pretrial conference.

According to the Timeslive, the former Ukhozi FM DJ Ngizwe Mchunu immediately left the courtroom after his case was postponed. And Mchunu was flanked by the well known #Feesmustfall activist Bonginkosi Khanyile. And as already pointed out above, some heavily armed female bodyguards also accompanied Mchunu, as well as a group of men. 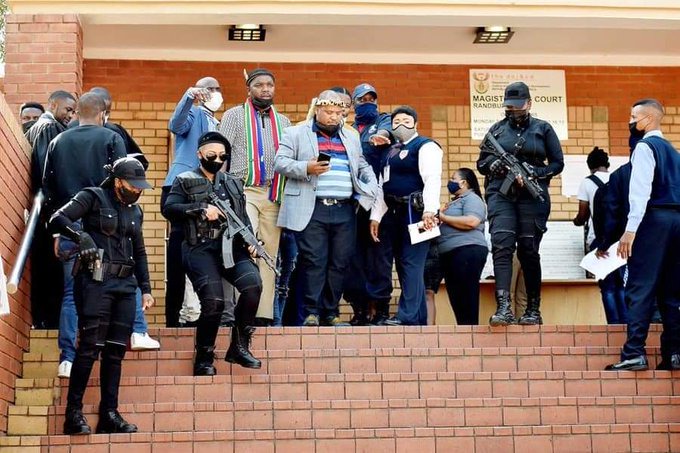 On closer examination, the female bodyguards of former Ukhozi FM DJ Ngiwze Mchunu can be seen holding some rifles. And the picture has since prompted many South African people who are on Twitter to react with mixed reactions. 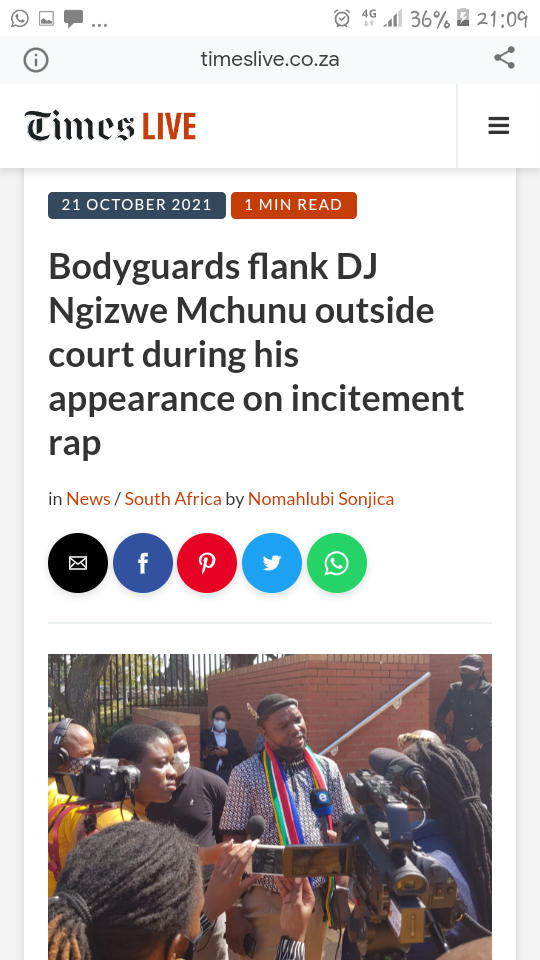