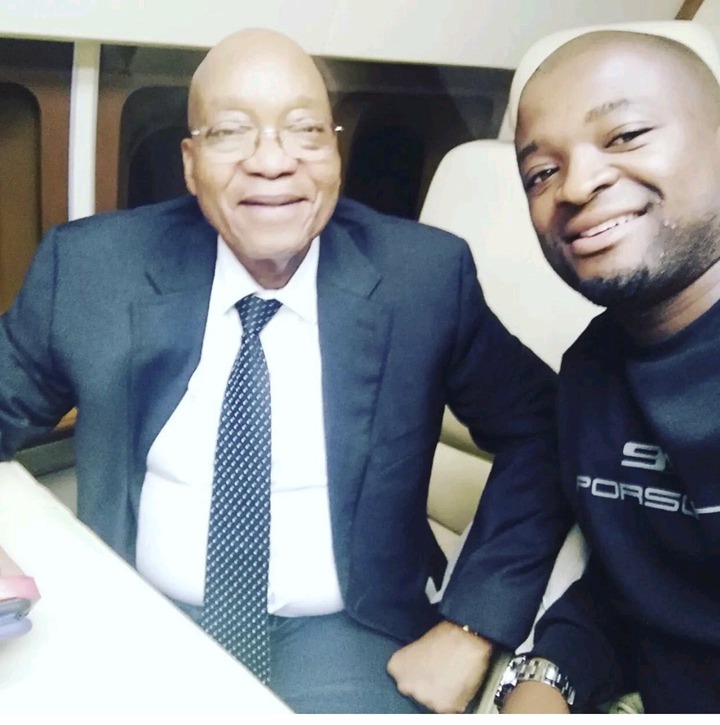 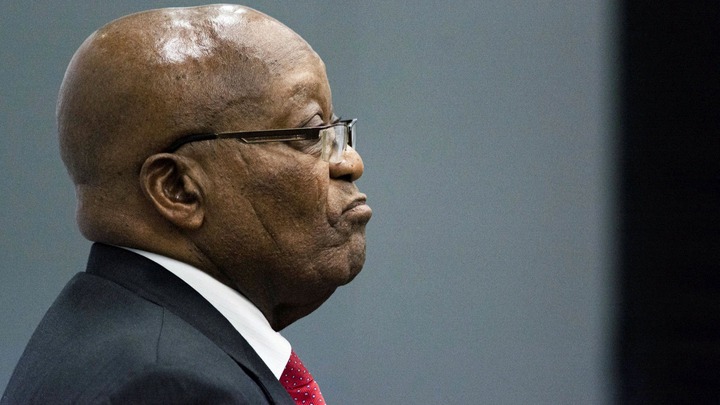 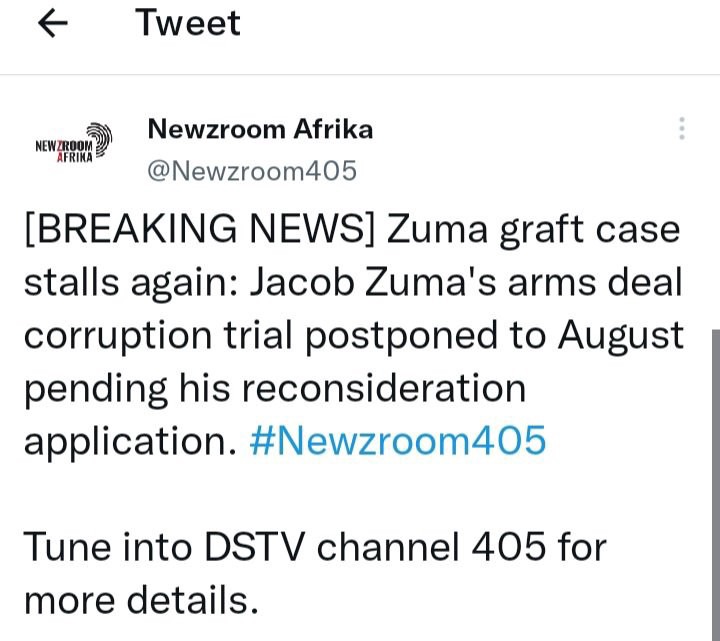 The trial of Jacob Zuma has been postponed until August 1, 2022, awaiting the decision of the Supreme Court of Appeal on his application for leave to appeal the High Court's denial of his attempts to have state prosecutor advocate Billy Downer removed from the case. The judge of the Pietermaritzburg high court, Piet Koen, postponed the hearing until August 22 to allow Zuma to file an appeal with the Supreme Court of Appeal. The actual trial will begin on August 15.

The corruption case against former President Jacob Zuma returns to the Pietermaritzburg High Court today, following a month-long hiatus. The trial was scheduled to begin last month, but was postponed pending the outcome of a petition Zuma submitted to SCA judge president Mandisa Maya, requesting reconsideration of his application for leave to appeal the High Court's rejection of his special plea to have state prosecutor advocate Billy Downer removed from the trial.

Billy Downer, the state's prosecutor, voiced "dismay" at the continuous delays in the state's case against former President Zuma, but Judge Piet Koen maintained his conviction that he did not have the discretion to move further while Zuma is appealing. Downer said that SCA President Maya has not yet decided on Zuma's request for a reconsideration of the dismissal of his special plea. Downer stated that he has been notified that the application is "on its way" to Maya in response to Koen's inquiry. She has not yet actually viewed it.

As usual, Carl Niehaus was present at the Pietermaritzburg High Court prior to the anticipated postponement of the corruption trial of Jacob Zuma. He told Newzroom405's that Zuma's desire to have Attorney Billy Downer removed from the case is warranted.

The case against Zuma will be postponed until Jesus returns.

Zuma will bring up a new subject of private prosecution against Downer after the recusal issue has been resolved. He may even fake illness to meet the deadline. The criminal would rather die in a cloud of corruption than be stabbed in court. This matter will drag on until he is ninety years old.

Meanwhile, Zuma will not be silenced by anything. Since its 2017 Nasrec conference, the ANC, according to the former president Jacob Zuma, has not produced a "logical" statement. He also made derogatory statements about whites. Since Nasrec, the ANC has kept a very low profile."

On the other hand, Zuma is enjoying his 'independence' and having the time of his life. He was sighted recently traveling in a private jet. He has also entertained politicians who have flocked to Nkandla seeking advice. If you ask me, it appears that Zuma is unconcerned by these charges against him. In his mind, he is aging gracefully in the comfort of his palace in Nkandla. Case or no case!