Afrikaners are descendants of Dutch, German and French settlers who arrived in the 17th Century. 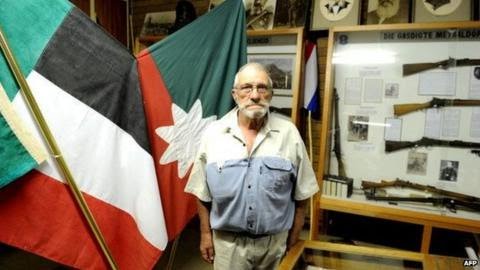 The Dutch, who arrived in 1652, took over land from local people and put them to work as farm workers

Orania was established in 1991, by Afrikaner intellectual Carel Boshoff Snr.

The town is built on 8,000 hectares of farmland along the Orange Riverline.

The town boasts amenities such as shops, hair salons, a library, a post office, a hotel, a couple of schools - and churches, a lot of churches.

But beneath the surface of this solitude lurks a fear that leads people to abandon high-paying jobs in the city for lowly jobs in this arid land.

"The levels of crime and violent crimes in South Africa are definitely pushing powers that bring people to Orania. Many of them have been victims of crimes," says Mr Boshoff.

South Africa is considered to be one of the most violent societies in the world, with one of the highest murder rates.

Official statistics suggest that most crimes actually happen in poor communities between people known to each other, but this has not stopped the fear of crime in other communities. 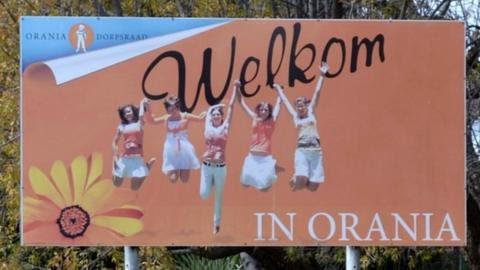