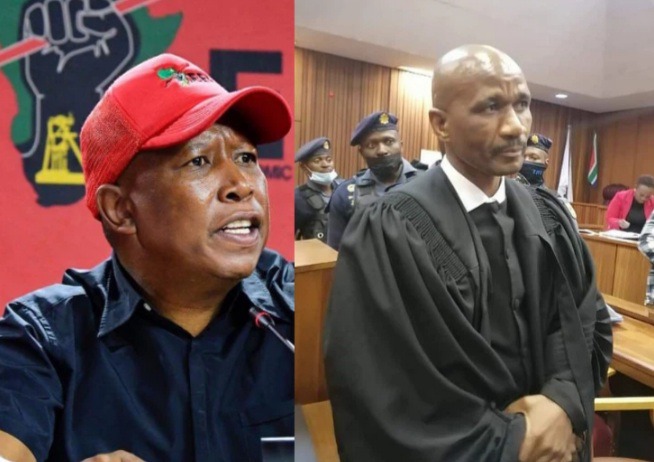 Speaking to SABC News last week, Malesela said his withdrawal was nothing but a strategy "it is a strategy. You know sometimes you have to confuse your enemies and give them a short-lived glory".

"So, this is a strategy among us. As I said, that it's not a surprise". Said Malesela.

He has since made a U-turn, announcing that he will be returning with a list of demands, including calling for the police minister Bheki Cele to the dismissed as the minister and that he should be investigated for abusing his power.

EFF commander-in-chief Julius Malema labelled Malesela decision to withdraw from the murder trial "disrespectful" saying he was making it about himself "I am not sympathetic towards advocate Teffo. He is disrespectful and has made the case about him. That is why we are being asked about him and not about how the case is going". Said Malema.

In a recent resurfaced interview, Malesela responded to Malema’s comment about him saying he should stick to politics and he would stick to law.

"It's a politician. I don't have to say much about that. The reason Julius Malema responded the way he did. He was asked the question by the journalist. So he responded.

"What is the relevance of the Senzo Meyiwa case at the EFF press conference? All I can say is Julius Malema should just keep (to) his political work and I am a lawyer. I will keep to my legal work. I don't have to entertain him". Malesela added.

The trial against the five accused has been postponed to September pending a bail application by one of the accused.

Last week on Tuesday, the accused made a brief appearance in the Pretoria High Court.