RUSTENBURG - A man blamed for killing his 10-month-old child kid will know one week from now whether he will be delivered on bail.

As per the National Prosecuting Authority (NPA), the Coligny Magistrate's Court delayed the situation against Klaas Kgasi to January 24 for bail judgment.

"Kgasi showed up in court for the supposed homicide of his 10-month-old child kid. The state furiously went against the bail application, as it establishes a Schedule 5 offense because of its not kidding nature, just as the public clamor it made," North West NPA representative Henry Mamothame said.

As indicated by North West police, Kgasi and his sweetheart went to a party on January 1, at the Tlhabologang area, in Coligny, and, while at the party, Kgasi allegedly took the kid from the mother to his auntie's place at Extension 3.

"Upon his return sooner or later, he gave his better half the cover that the child was wrapped with, and they therefore returned to their home," said North West police representative Lieutenant Colonel Amanda Funani.

Father who supposedly murdered his little girl, 2, and concealed her body in the roof will stay in jail

She said, on January 2, neighbors informed Kgasi's better half with regards to a child's body that was found behind their shack.

Police were called to the scene and they found the child's body that had serious attack wounds and injuries. Kgasi was captured and accused of homicide.

In a comparable case, Mamothame said Mokete Legodi, 47, who is blamed for killing his two-year-old girl, would stand preliminary at the North West High Court.

He said the Klerksdorp Magistrate's Court delayed the situation against him to January 24, for a high court date to be settled.

"The Acting Director of Public Prosecutions has approved the make a difference to be moved to the High Court of South Africa: North West Division. The State is additionally expected to serve the blamed with an arraignment in anticipation of preliminary," he said.

Legodi was captured after the body of a baby was found inside the roof of his home in Alabama, close to Klerksdorp. He was accused of the hijacking and murder of his two-year-old little girl.

"It is asserted that on Thursday, May 13, 2021, Legodi went to his better half's home at Extension 20, in Jouberton, and took their girl, without the assent of the mother - who was conceded to the medical clinic at that point.

"The relatives, who were dealing with the kid, expected he would bring her back as he typically did. Afterward, upon request, he denied taking the kid. On May 14, 2021, when the mother got released from the clinic, she went on a quest for the child with the assistance of relatives, yet they couldn't track down her. The next day, she went to Jouberton Police Station, where a missing people case was opened." 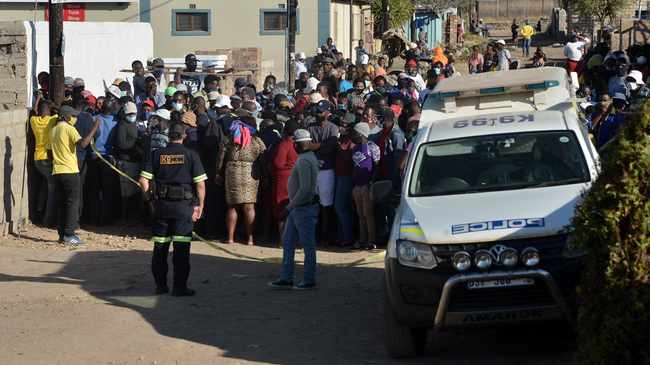 Legodi was captured on May 16, 2021, and was accused of abducting in the wake of neglecting to tell the police the youngster's whereabouts.

"It is claimed that on Monday, May 17, 2021, following a terrible stench coming from Legodi's home, the neighbors explored and found the dead body of the kid concealed inside the roof.

"The police were called and a homicide allegation was added. Legodi will stay in police care until the finish of the preliminary, following the court's disavowal of his bail application," Mamothame said.

IOLFathers appear in court for allegedly murdering their children (iol.co.za)