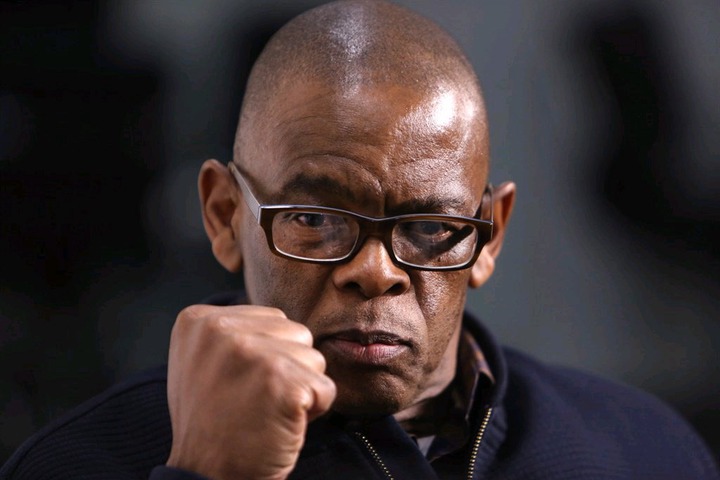 President Cyril Ramaphosa's proof at the Zondo Commission means that he is "blameworthy as a culprit as well as assistant to debasement", as per suspended ANC secretary-general Ace Magashule.

Magashule's application for pass on to pursue the High Court administering, which maintained his suspension from the ANC, will be heard on Wednesday.

Magashule documented a notification that if pass on to request is truly, he would wish to acquaint additional proof with the Supreme Court of Appeal in his court papers.

As per Magashule, the Zondo Commission record demonstrates that Ramaphosa is "blameworthy as a culprit or potentially assistant to debasement; and he should appropriately to be obligated to move to one side from his authority obligations as far as the first and undoctored Nasrec National Conference Resolution".

The record from the Cabinet reshuffle, as per Magashule, "demonstrates the specific and factional utilization of the progression to the side principle, as argued in the establishing affirmation of the candidate, as confirmed by the advancement or potentially maintenance of ANC individuals who are confronting genuine claims of debasement".

Last week, Ramaphosa showed up before the Zondo Commission for the subsequent time. He tried to remove himself from those answerable for state catch, guaranteeing that he knew nothing about some key turns of events.

Ramaphosa would discuss "slips", "blunders", and "framework disappointments", guaranteeing that Cabinet worked in "storehouses" and that no one had "view" of what precisely was going on.

Constantly, however, he was careful about expressing unequivocally that ANC individuals in government intentionally permitted state catch to occur.

Ramaphosa, talking in his ability as appointee president and leader of the country, as opposed to an ANC office-conveyor, said he just became mindful of state catch "as they did to the overall population through crafted by writers, common society associations, and foundations like the Public Protector and Auditor General".

"As it turned out to be progressively more clear – through the purported Gupta Leaks and different disclosures – that an organization of people was apparently intriguing with various individuals in government to involve key positions and catch key foundations, the inquiry that emerged was the manner by which best one ought to react to this."

Ramaphosa shielded his position not to over and over stand up and transparently oppose state catch, as this would prompt previous president Jacob Zuma terminating him.

Ramaphosa said he saw five potential game-plans: leave; stand up; submit and abet; stay silent and stay quiet; or remain and oppose, trusting that things could be convoluted.

"The last alternative, which was what I picked, was to stay in my situation as delegate president – not to leave, not submit and not to be fierce – yet to work with others in the leader to oppose manhandles and achieve change where we could, and to support crafted by friendly and monetary change.

When defied with proof that he and the ANC's best six had done nothing when given clear verification of debasement and maladministration at the Passenger Rail Agency of SA (Prasa), Ramaphosa became guarded and denounced previous Prasa board administrator Popo Molefe of being "deceitful".

In May, Magashule was suspended from the ANC based on the progression to the side standard after he was criminally accused in association of a multimillion-rand Free State asbestos destruction delicate.

Thus, he suspended Ramaphosa as ANC pioneer and applied to the Gauteng High Court in Johannesburg to upset his suspension. This application was ineffective as a Full Bench found that his suspension was substantial and that the progression to the side guideline was naturally strong.

The court said Magashule took an interest in every one of the cycles identifying with the turn of events, definition and reception of the goals of the 54th public gathering in regards to this matter, including the goals of the NEC (public chief council) that brought about the details of the rules on the execution of the progression to the side guideline.

The court likewise decided that Magashule's endeavor to, thus, suspend Ramaphosa in his ability as the party's leader had no legitimacy. Last month, Magashule recorded a notification of his goal to pursue a Gauteng High Court judgment that maintained his suspension.

A 14-page application was documented in the Supreme Court of Appeal. Ramaphosa, ANC appointee secretary-general Jessie Duarte and the party were respondents in the matter.

In the allure, the displeased secretary-general contended that the High Court in Johannesburg made different mistakes when it maintained his suspension.

Magashule contended that the judgment was "littered" with innumerable instances of apparent predisposition from the court and said it contained bends and deceptions of contentions he made.

He presented that the court neglected to say how all jurisdictional prerequisites of the progression to the side guideline were met.