By Mmapula (self media writer) | 11 months ago 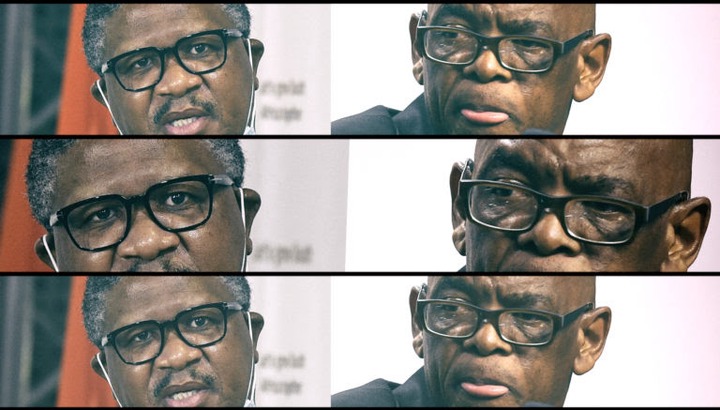 ANC NEC member Fikile Mbalula has been vocal and standing firm in his support of the ANC's 'step aside' decision. Now that Magashule has lost in challenging the rule at the High Court, Mbalula is having fun and mocking the suspended SG on Twitter.

The the reality is, honorable Fikile Mbalula might enjoy for now to see his fellow comrades falling; he might be next in near future, never laugh when your fellow comrades are being attacked by the system.

Mbalula took to Twitter just as the suspended ANC Secretary General, Ace Magashule, was being hammered by Judge Kollapen. This after Magashule had taken the ANC and president Cyril Ramaphosa to the High Court to challenge his suspension. 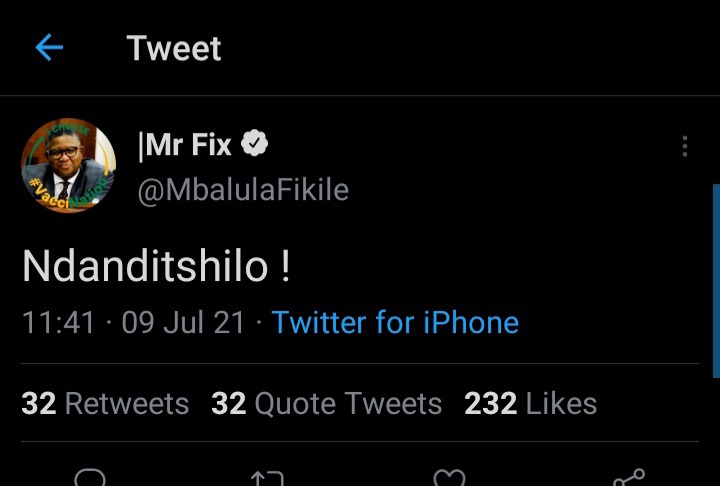 Mbalula couldn't hold back after Magashule's application was dismissed by the high court. "I said so," Mbalula wrote on Twitter in isiXhosa language. 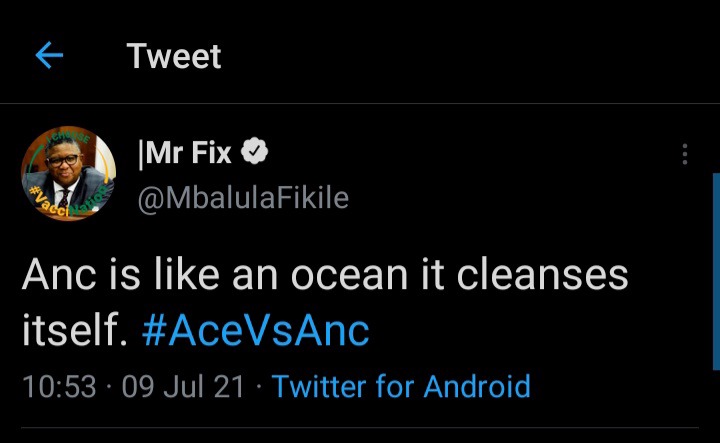 You call it self cleansing, we call it self destruct.The only thing left is to be taken off power so that you can fight your factions without affecting us the poor. There’s nothing that the governing party is good at other than fighting factions. Politics of the stomach, a Twitter user hit back at Mbaks.