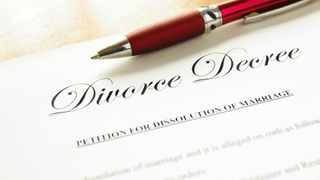 A Limpopo woman lost her legal battle to keep her R2.8 million pension after her husband divorced her after 35 years of marriage.

The woman, asked for an order that her now-former "cheating" husband forfeit 50% of her pension money in the Polokwane High Court as part of a divorce action.

Because the couple was married in community property, the husband was entitled to half of everything. However, the woman claimed that his actions, which she claimed led to their eventual divorce, should be punished by ordering him to forfeit his share of her pension fund.

The court, on the other hand, ruled against the woman and ordered that the husband receive his share of the property. This was due to the fact that the woman was aware of his alleged infidelity for over a decade but chose to ignore it.

The woman, a retired teacher, testified that she and her husband married in 1985 in a community property marriage. She stated that she was paid a lump sum pension benefit of R2 840 000 when she retired from active service in 2019.

Her husband, she claims, should forfeit his share due to his "misconduct."

She testified that her application for forfeiture was based on the respondent's (husband's) misconduct and the circumstances that led to the marriage's breakdown.

She claimed that their marital problems began in 2007, when her husband began having an extramarital affair with one of his employees. Someone informed her about the affair after she received a phone call.