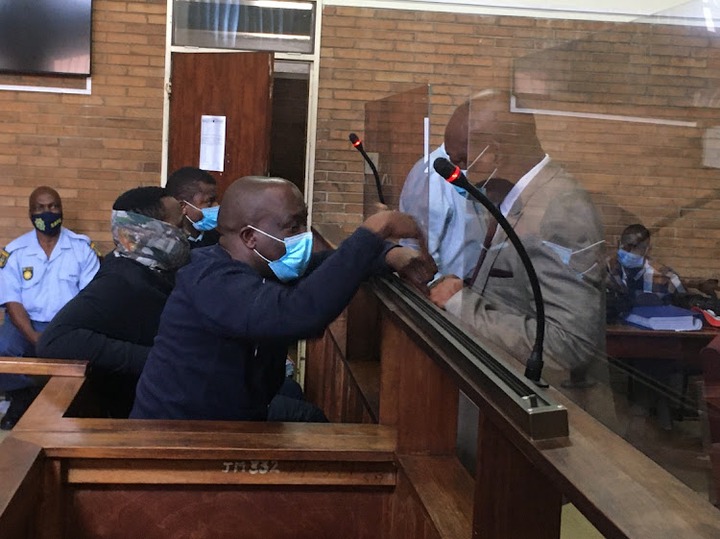 Msibi and his two co-charged Anele Mnisi and Njabulo Mkhonto showed up in the Mbombela officer's court where they stand blamed for twofold homicide of Dingan Ngwenya and Lindela Lubisi and endeavored murder of Sfiso Mpila.

They were supposedly engaged with the shooting of Ngwenya, Lubisi and Mpila outside Coyotes Chisa Nyama in Mbombela on August 22.

In the wake of hearing weeklong contentions in the triplet's bail application, justice Suzan Monaledi saved judgment for Tuesday.

Ex Mpumalanga agriculture, land change and provincial improvement MEC Mandla Msibi will go through the end of the week in jail after judgment in his bail application was held for the following week.

An apparently disillusioned Msibi was driven back to the police holding cells after the court suspension.

His legal counselor advocate Coert Jordaan had before begged the court for the judgment to be conveyed before.

Jordaan contended in court that the state was being one-sided and picking one side of the two ANC bunches associated with a fight.

"The main assertion of the two observers of the state came in on Aug. 26, where the occurrence happened four days prior.

"For what reason would somebody pause and not give the assertion on something he/she saw on a vital case like this. We are of the view that the observers went to talk with the other gathering of a similar ideological group on who to involve or not," Jordaan said.

"The state charged all the blamed for two counts of homicide and one endeavored murder where on the declaration from the examiner Msibi is asserted to have shot the survivor on the leg. That is endeavored murder. Mkhonto is just referenced crushing a vehicle which is noxious harm to property yet they are totally accused of homicide.

"We would submit to this court that those issues be thought about and the way that the case is nonexistent and they have chosen to pick sides on a political case."

Msibi's allies, who have been transported to the court in numbers since his capture, were additionally left baffled yet were called to try to avoid panicking.