"Where it comes to the EFF and its functionaries, it simply should not stick in its nose where it does not belong," said Judge Sean Snyman of the Labour Court. He added: "Nothing in this judgment can serve to in any way prejudice the legitimate functioning and activities of the EFF, in the arena where it belongs."

In the Calgan Lounge judgment in 2018, the court interdicted the EFF from getting involved in a labour dispute, ordering the fighters to stick to their lane.

The EFF had instigated an illegal strike at Calgan Lounge, a furniture manufacturer in Selby, south of Johannesburg. The strike led to the dismissal of some employees and loss of income for others, due to the "no-work, no-pay" principle.

Judge Snyman explained that the law did not allow political parties to usurp the role of trade unions. Only unions had a right to bargain with employers regarding workplace grievances. And where there are disputes arising out of collective bargaining process, the Labour Court could be approached.

The intervention by the EFF was not permitted by labour legislation.

The EFF had held meetings with employees during lunch breaks and working hours, picketed with loud hailers and submitted lists of demands. The EFF cast aspersions on the abilities of the National Union of Furniture and Allied Workers Union of South Africa, a legally recognised union at Calgan Lounge.

Ultimately, Calgan Lounge obtained the interdict against the EFF. With the interdict came the stinging rebuke for "sticking in its nose" on matters best left to employers and the legitimate representatives of employees.

Importance of sticking to its lane

Judge Snyman explained the importance of the EFF sticking to its lane. Trade unions were authorised by legislation to represent employees. They were registered and regulated by the Department of Labour. The EFF was not a registered trade union and had no business getting into workplace issues.

But the rebuke wasn't sufficient to stop the EFF from further sticking in its nose. In 2021, Brightstone Trading, operator of a Spar franchise in Roodepoort, west of Johannesburg, applied to interdict the EFF from interfering in a labour dispute.

Aggrieved workers, seemingly members of the EFF, reported their concerns to the local branch leadership of the party and asked for intervention. On their behalf, the EFF wrote to the company to ask for meetings and submitted a list of demands. Brightstone management first politely told the EFF to butt out of a labour dispute.

But the EFF persisted with its interference, culminating in a strike by the workers. Brightstone applied for a court interdict.

Interestingly, in this case, the EFF denied involvement in causing any illegal activities. It argued that it was not bound by the action of its members acting on a "frolic of their own".

In court papers, the party cited its constitution as the guide. It vests authority to make binding decisions for the EFF in its commander-in-chief.

Since the decision to intervene in Brightsone was not a party decision, the EFF was not aware of it and couldn't be held liable for it. In short, the EFF could not take responsibility for the unlawful actions of its members.

But the most profound submission was the EFF's attempts to draw a line between itself as a party and its members. It said it was liable for its own acts, not its members. 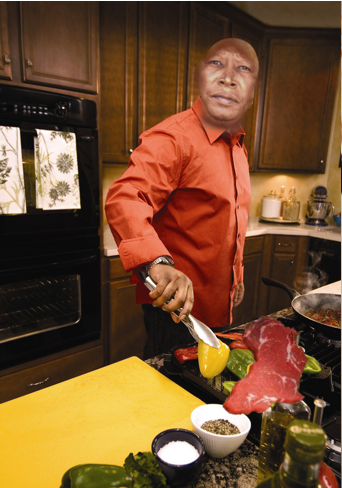 A warning to the EFF

Using the legal precedent, Judge Reghana Tulk for the Labour Court came to the conclusion that the EFF's branch leadership had "ostensible authority" to act on behalf of the EFF, which ought to account for the unlawful protest action. He also rejected the claim that that the EFF existed outside of its members.

The Calgan Lounge and Brightstone judgments should serve as a warning to the EFF following its decision to visit workplaces to investigate local/foreigner employee ratios. Regulating the employment of foreigners is a function of the Department of Home Affairs and the Department of Labour and Employment.

The fact that officials in these departments are not doing their jobs or are doing it poorly is not a legitimate excuse for the EFF to stick its nose on matters outside its legitimate activities. As a parliamentary party, the EFF has plenty of avenues to advance its policy agenda on employment-related matters.

It can draft an informed parliamentary motion, canvass for support from other parties in Parliament, and it can call on the relevant government departments to account for their failures. Like ActionSA, the EFF can make it a campaign issue for the enforcement of existing legislation. Like the IFP, it can take it further by drafting legislation and try to convince other parliamentary parties to support it.

The difficulty with these legitimate avenues is that, unlike random speeches, they require a minimum level of policy consistency. Flip-flopping for popularity's sake won't help.

The latest EFF stunt, of appointing itself a labour inspector, holds dangers. The EFF could be held accountable for illegal acts of inspections committed by its members deemed to have obtained "ostensible authority" from it.

The EFF should heed the legal advice of the Labour Court and not stick its nose where it does not belong.

Ukraine President to surrender? Here is what is happening now