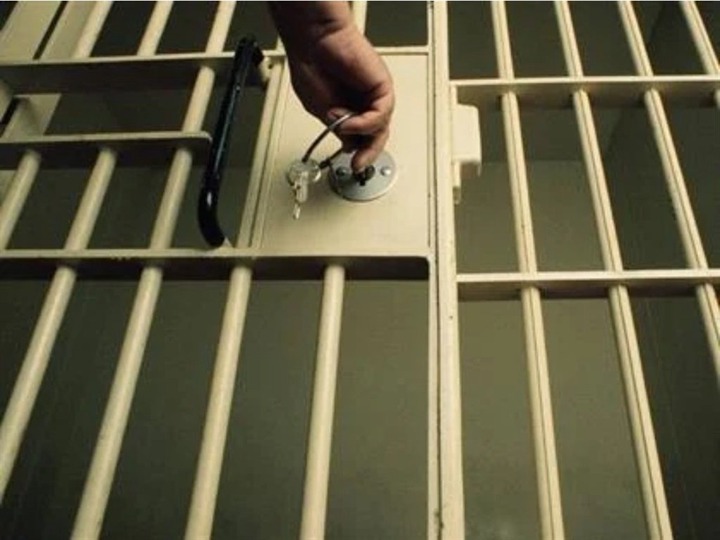 A Gauteng man who was accused of killing two boys and attempting to kill another one has abandoned his bail bid today, Friday, 28th January 2022.

The 40-year-old man was supposed to appear in the Vanderbijlpark Magistrate’s Court for his bail bid.

Reports had is that on 18 January, the 40-year-old man killed a five-year-old and an 11-year-old boy, and attempted to kill two other boys, aged seven and 11. 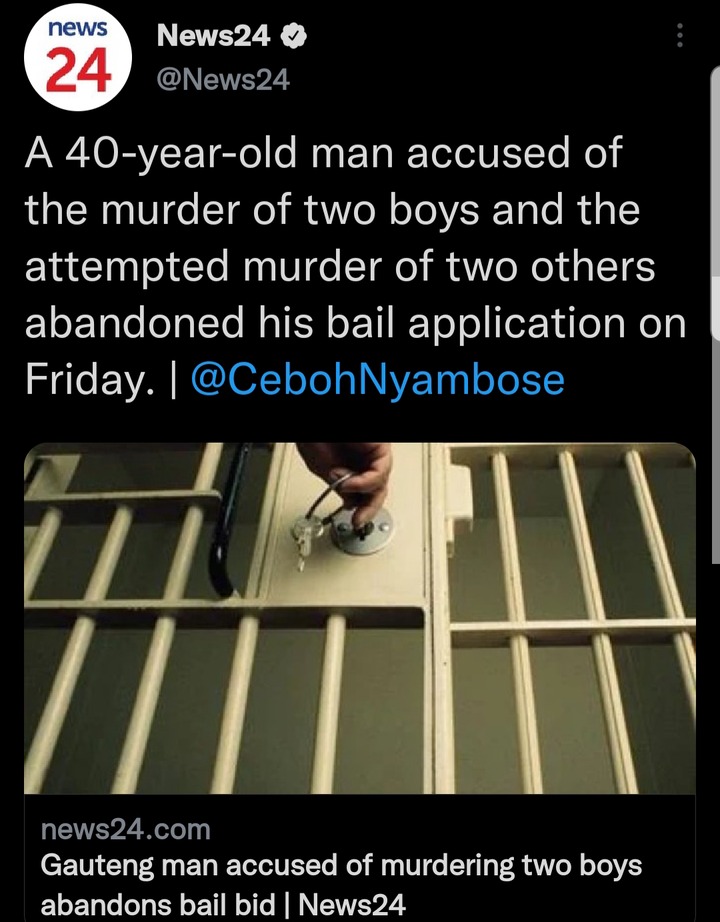 Lumka Mahanjana, the National Prosecuting Authority spokesperson disclosed to newsmen that the accused was the stepfather of one of the boys he attempted to kill. She revealed that all the four boys were related.

"The accused was arrested on 19 January 2022 at a taxi rank in Johannesburg while en route to the Eastern Cape," Mahanjana said.

News24 a few days ago reported that the 40-year-old man took his former girlfriend's two children and two nephews to a field, where he tied them to a tree and strangled them.

Luckily, one of the children escaped and alerted the people in the area on what was going on. The residents then went to the nearest police station to alert officers of the law.

"We are in trouble ", Mzansi terrified as Nigerians were spotted unpacking AK47s and rifles (VIDEO)