Former Minister of Social Development Bathabile Dlamini, who was found guilty of perjury, has taken to Twitter to have her say following the death of young people at Nyobeni Tavern in the Eastern Cape. 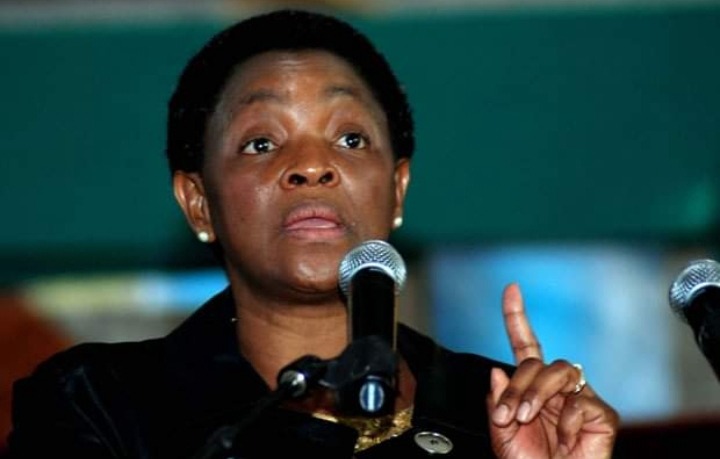 Dlamini is not only known for publicly saying that everyone in the ANC has skeletons in the cupboard, but like Police Minister Bheki Cele, if it was up to her, South Africans would not be drinking alcohol. 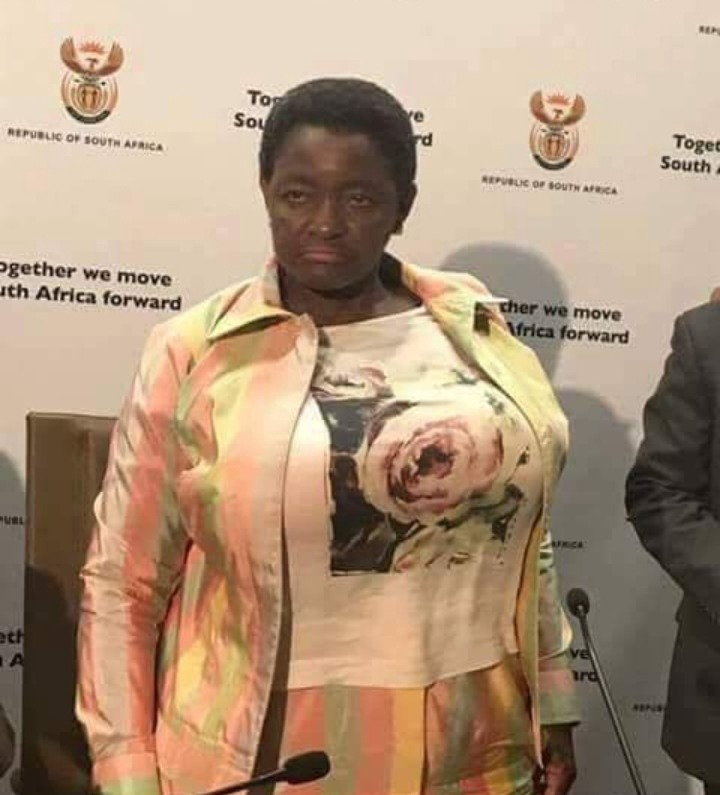 Sadly for her, her attitude towards alcohol and what she tried to achieve at the time was overshadowed by allegations of 'Drunk Bathabile'.

Saddened by what happened at Nyobeni Tavern, Dlamini, the time has come for the alcohol laws to change in the country. She adds that when she was serious about changing laws associated with alcohol, the masses ridiculed her and called her a drunkard. 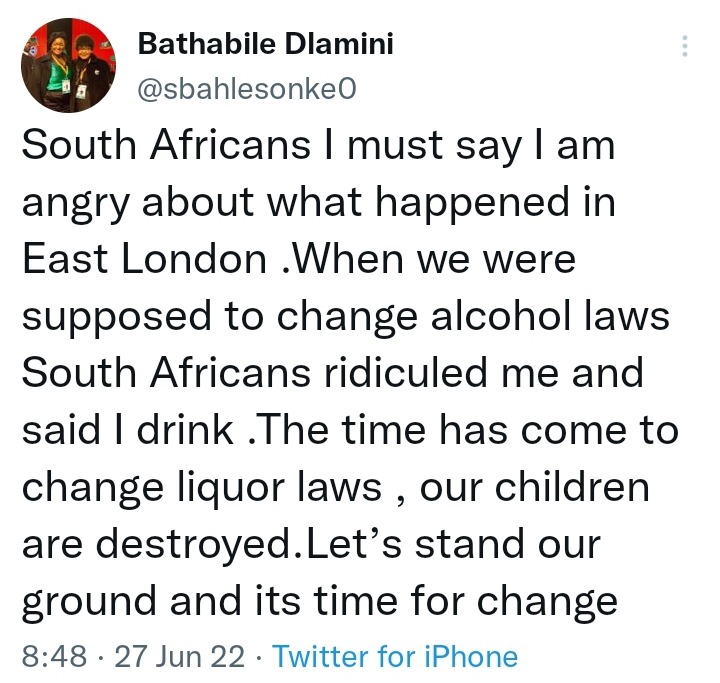 She has pled with the masses to unite for alcohol laws to be changed because the youth is being destroyed by alcohol, and concluded by saying that the time for change has come.

The public disagrees with Bathabile, saying that changing alcohol laws will not change the social ills that the country is facing, but that it is the responsibility of all parents to discipline their children and teach them right from wrong.

Some say that parents who allow their children to drink should be charged with negligence, whilst others believe that changing alcohol laws now is pointless considering that it changed now during the Covid-19 lockdown, that alcohol and cigarettes were banned but many people still managed to access them.

The pictures of the children at the Nyobeni tavern circulated before the tragedy, and one can see that they are mere children who had no obligation or justification to be out at night, especially drinking alcohol and smoking.

This is sacrilege and irresponsible of the families and the tavern owner. Criminal charges have been laid against the tavern owner, but the government must ensure that moving forward, underage children are protected. Taverns are a nuisance. Since they create jobs, they need strict regulations.