Bill Cosby is released From prison

By KatlegoTau (self media writer) | 1 year ago

The Pennsylvania Supreme Court issued a split judgment after Cosby was convicted in 2018 and served a 3- to 10-year sentence for more than two years. The reaction was swift and many women who participated in the #MeToo movement expressed shock at this decision. One dissenting judge said Cosby should remain in jail, while the other two said prosecutors should be able to retry him without relying on tainted evidence. Castor made national news as a member of former President Donald Trump's legal defense team during Trump's impeachment trial in the United States Senate in February. The former prosecutor delivered an incoherent keynote address that drew strong criticism from several senators, including Republican Trump supporters. 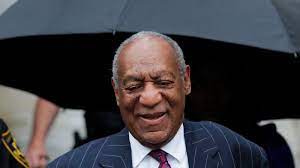 Cosby's first trial ended in 2017 with a pending jury, when jurors were unable to reach a consensus on his guilt. But he was found guilty at the second trial after Judge Steven O'Neill allowed the prosecutor to subpoena five previous accusers, four more than at the first trial.

With these witnesses, the prosecutor argued that Cosby's attack on Constant was a well-rehearsed crime that he had perfected over